ABC Branik are a local club from Prague, currently playing in the second level of the Prague area leagues; which is level six in the Czech pyramid. They have two pitches, one all weather, the other grass. 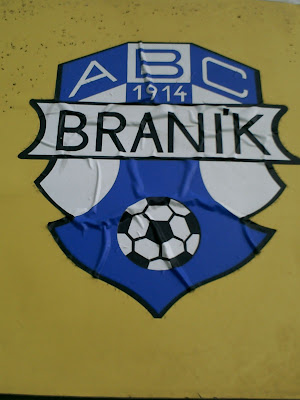 There is a club restaurant on site. 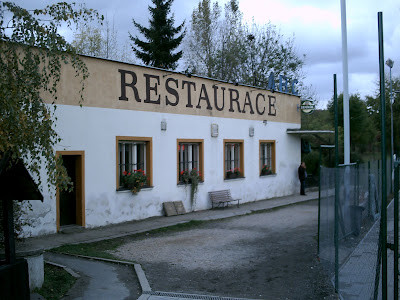 This is by this all weather pitch, which is railed off & has hard standing along the side. More hard standing behind this goal. The next pitch is slightly higher up, to our right. 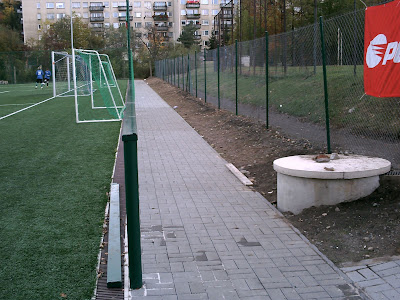 Looking across the artificial surface, from the same corner, we see the dugouts on the far side. 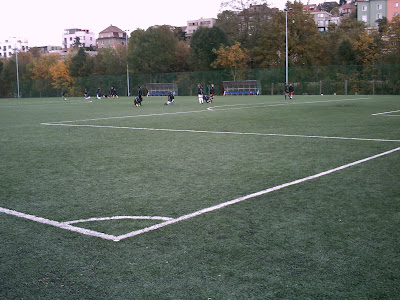 moving along, toward the grass pitch, we see the changing rooms to the right, in this snap, and the strange scoreboard tower in front of it. 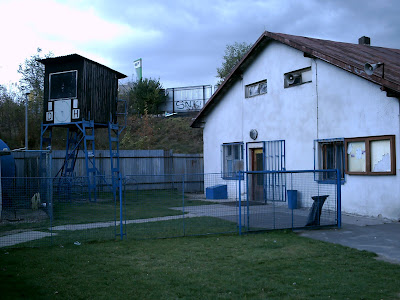 Here is a close up of it! 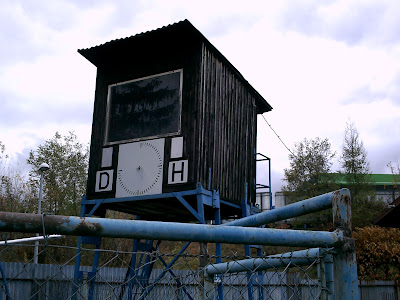 Along this side there is some old terracing. The buildings at the far end are part of a neighbouring club. 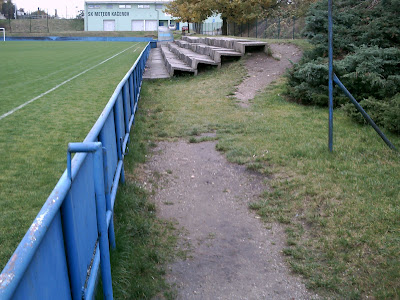 Still in reasonable nick, but quite uneven. 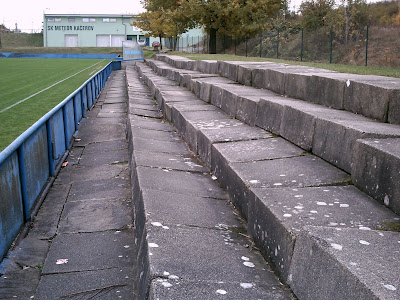 The dugouts are at the front. 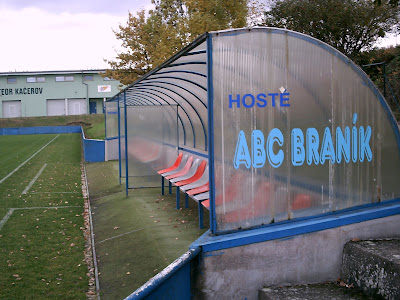 With bits of wonky hard standing behind it, and beyond. 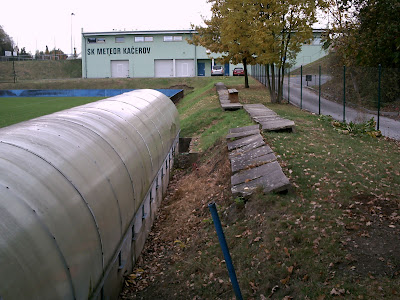 A grass slope beyond that, with a row of hard standing paving, even your own bench, if you wish! 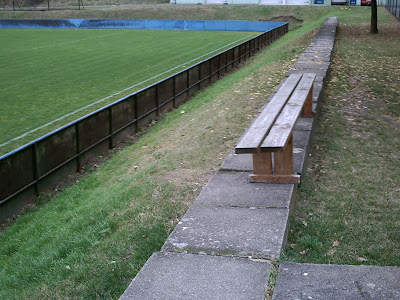 Almost at the corner now, we look back along the side. 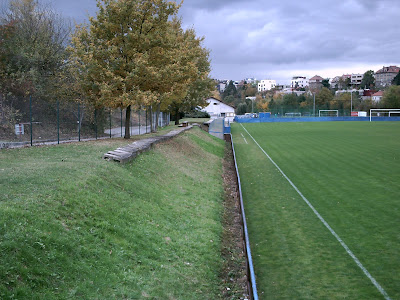 From up on the slope in the corner we can clearly see how the pitch is fully enclosed all the way round. 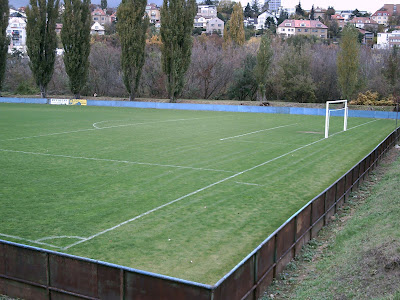 No standing behind the goal, just the slope and the access road to the other Club ground behind. 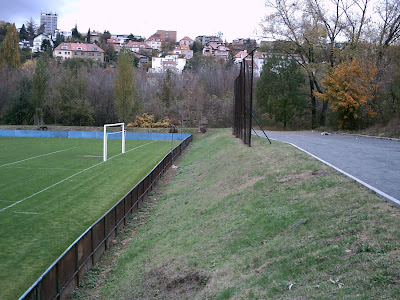 From beyond the road, and the fence of the next ground we look down across the two Branik pitches. 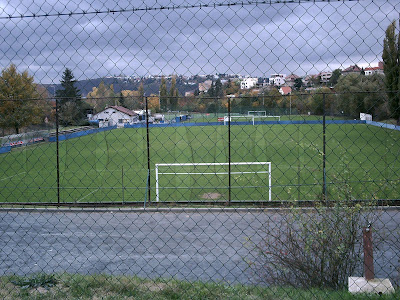 Back down in the ground now, we stand behind the goal, as we continue on our way round. 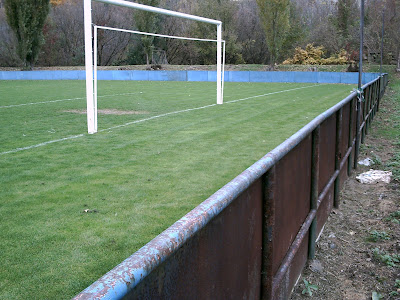 Turning the other way we see the dugout side. 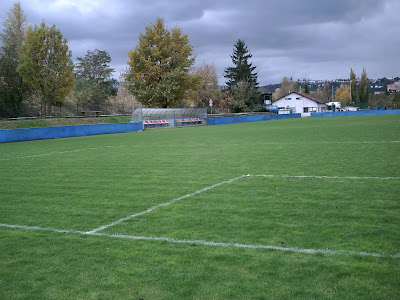 And from the next corner we clearly see how close their neighbours are. 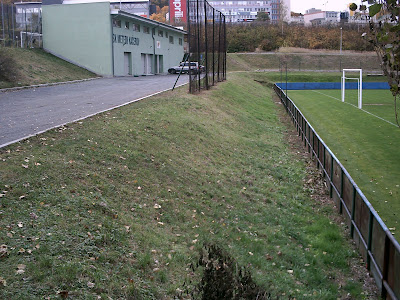 Along the other side is just grass banking & a row of trees. 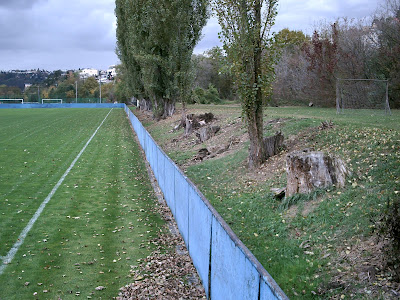 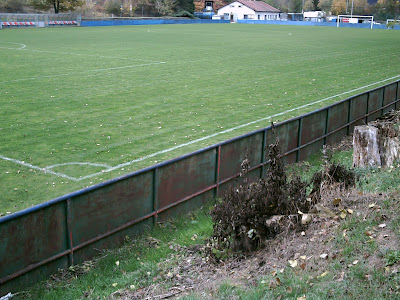 A small training goal, on the open bit of grass behind this side of the ground. 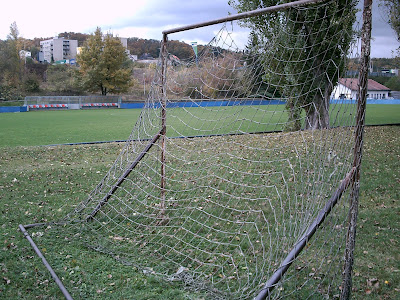 The ground through the trees from up on the same bit of open grass. 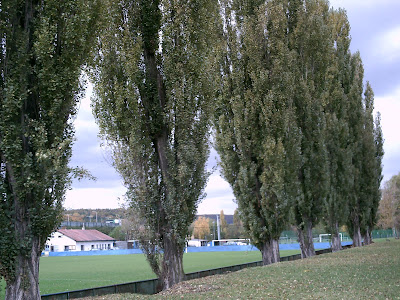 Moving back down pitchside, as we walk along we see some old terracing, under the leaves & overgrowth. 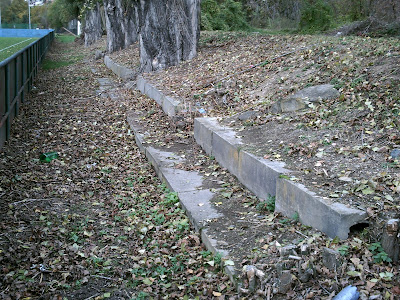 Directly opposite the dugouts. 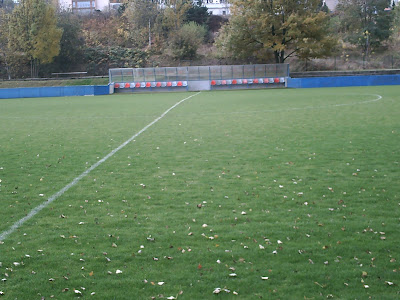 Now back down the far/middle end; inbetween the two pitches. 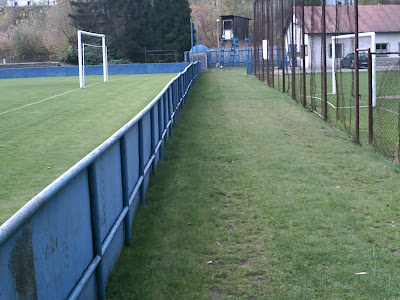 Another glimpse at the dugout side. 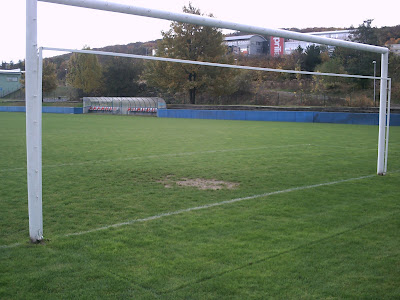 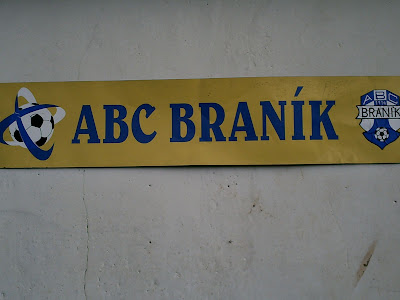