SV Borussia Hannover compete in the Kreisliga Hannover, though i'm not sure exactly where that fits into, in the German pyramid.

I took these photos at the end of November 2010, when I was in Hannover for the day, to watch ice hockey in the evening. 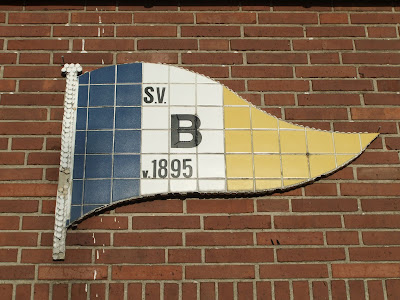 The approach to the ground from the main road. 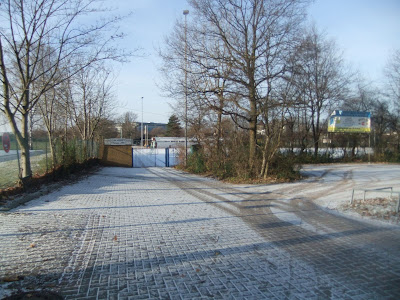 A sign for the multi-sports club at the entance. 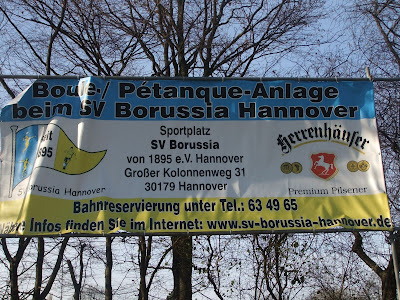 The pitch is down the far end of the complex, you can just see a pitch rail, to the right. 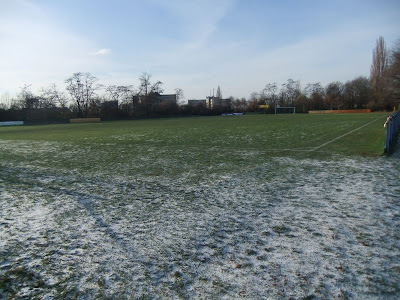 Set back, before the pitch, is this refreshment area. 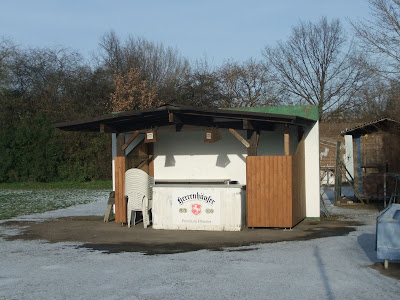 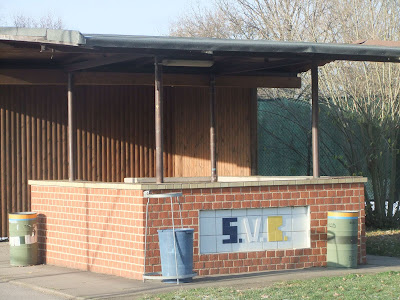 A Club noticeboard is on the wall of the changing rooms & clubhouse building. I have no idea why, but I didn't take a photo of the buildings. Apologies. 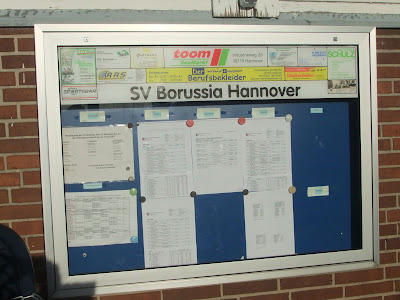 To the corner of the pitch, now. Railed off down the side, dugouts further along. 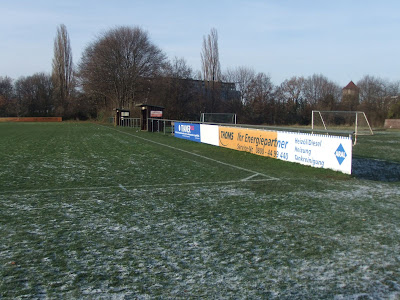 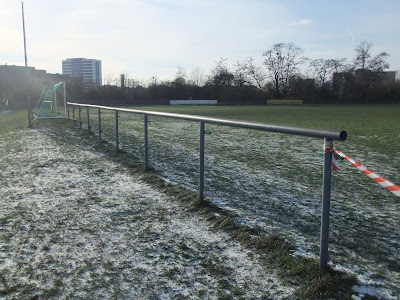 This hoarding, along the side, caught my eye, from behind the goal. I'm not sure what this organisation does, but can clearly see it's some sort of alcohol awareness project. 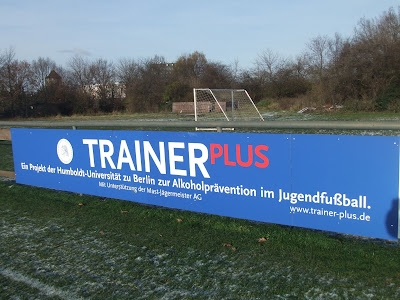 The rail stops before the goal, higher netting behind it. 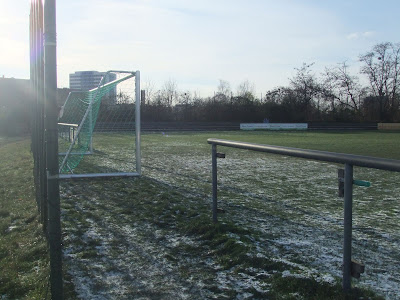 Behind us, at this end, we can look back to the changing rooms & bar area, on the left. 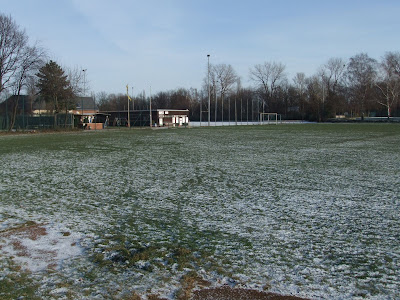 Past the goal, the rail continues on the grass, with the open terrace along the far side becoming visible. 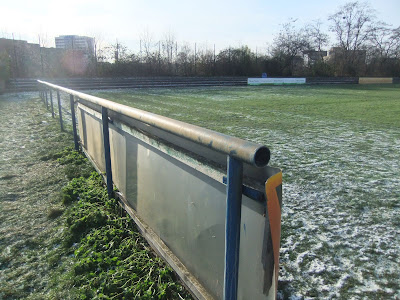 At the corner, looking down the steps of open terrace. 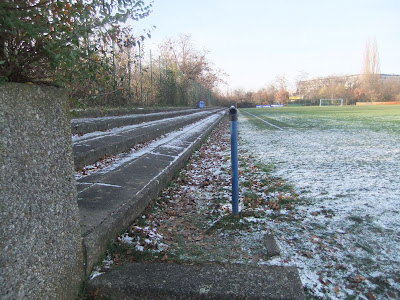 At the back of the terrace. 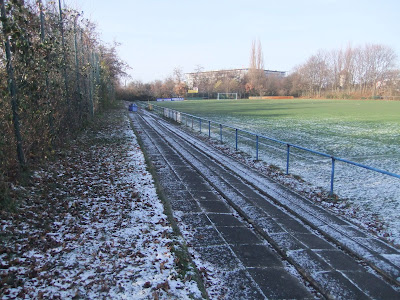 Further along, by the bin. 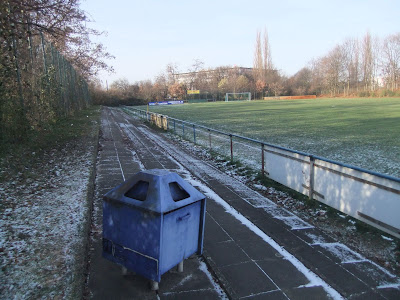 A gap in the fencing to retrieve lost footballs, or bunk in! ;-) 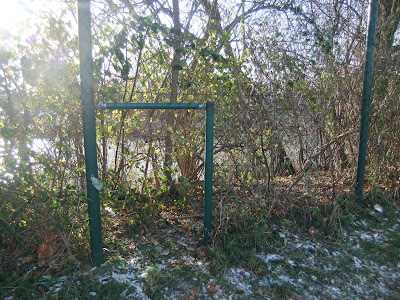 Across the halfway line, to the dugouts. 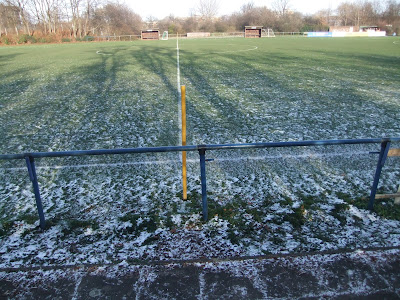 The terrace continues the whole length of this side. 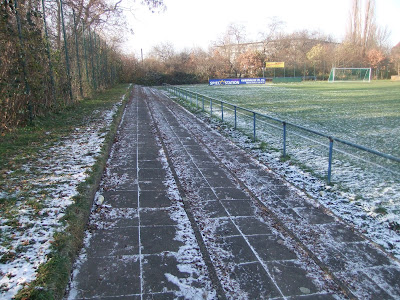 At the corner, it's then just flat open grass standing, but still railed off at this end. 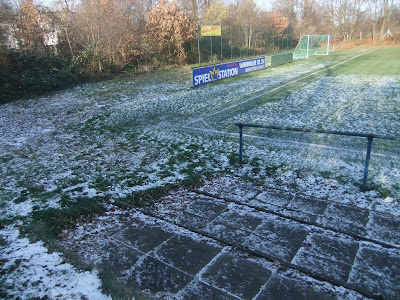 I'm not entirely sure if this is a legal pitch marking. Shouldn't it be  D ? 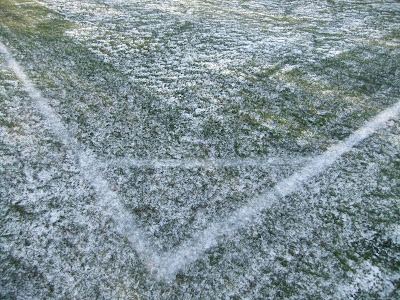 Very open at this end too. 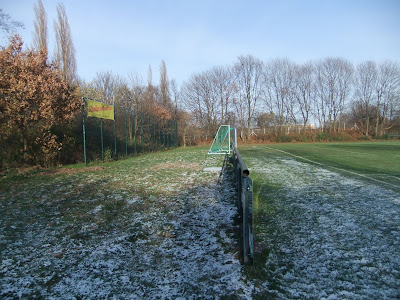 Glancing back at the terraced side. 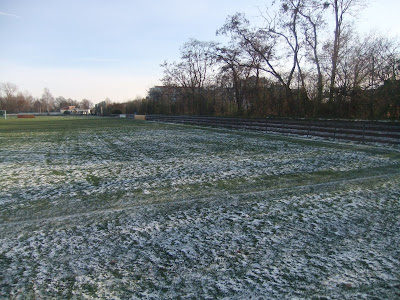 The rail continues, with more hoardings, past the goal. 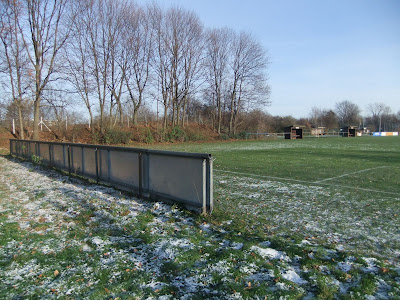 Nothing at all down the first part of this side, due to the closeness of the trees. 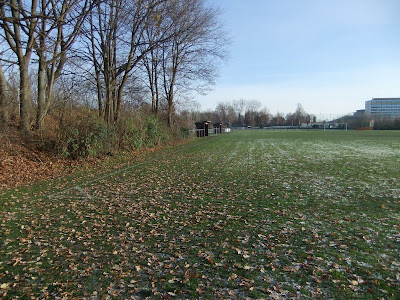 Further along the railing starts again. 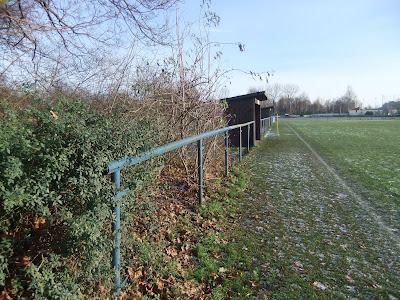 The dugouts come next,away one first, further to walk from the changing rooms, I suppose. 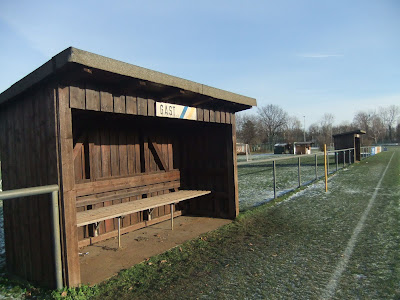 And the home one, with the rail past that, which continues to the corner where we started. 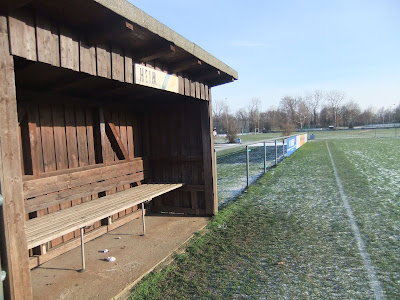 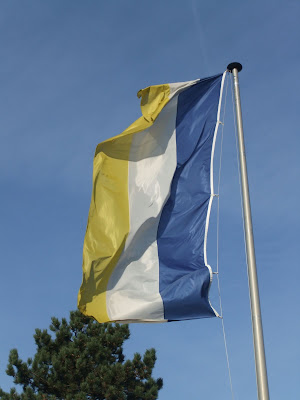 Kreisliga is the 8th level in Hannover or lower saxony ;-)

Thank you very much for that information, I am not very good on the German pyramid!