I took these photos of Champion Hill afte,r the heavy overnight snowfalls, on Monday 2nd February. I posted them on Blogger with no problem, but they disappeared a few days later, so this is my second attempt! I have no idea where they went to!

I have already covered Champion Hill on this site, and don't usually repeat photos, & if I do I include it in the same post. But as a Dulwich Hamlet fan I suppose I'm entitled to include these separately as a posting in their own right! ;-)

I'm not including that many words, as I've already described the ground in the first set I took, and these are just for show in the snow. 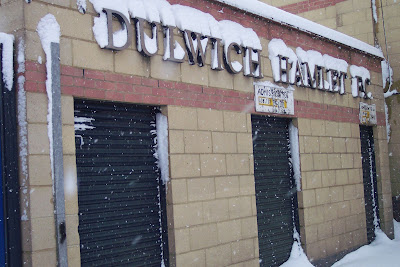 Locals enjoy making a snowman in the car park! 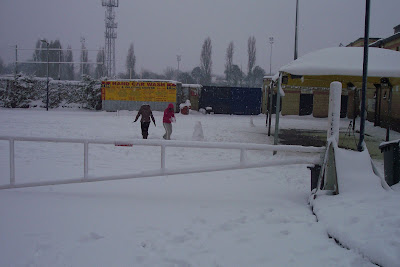 Before we go into the stadium we're going to go round behind the far end, to see what the all-weather pitch is like... 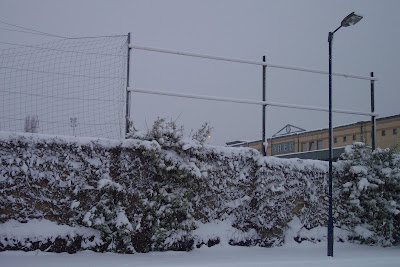 No seven-a-sides for a while I think! 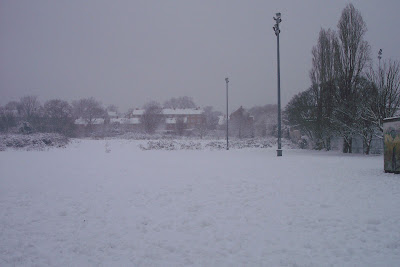 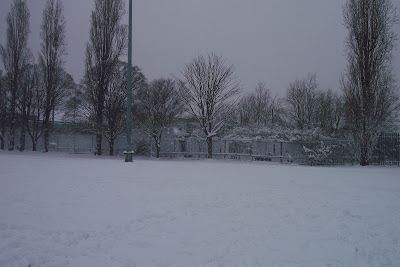 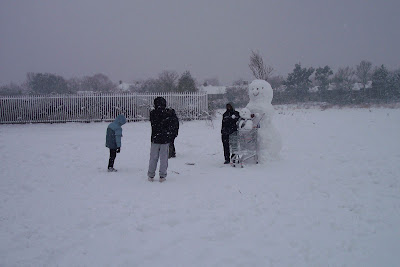 And back round to the car park end, & into the ground. 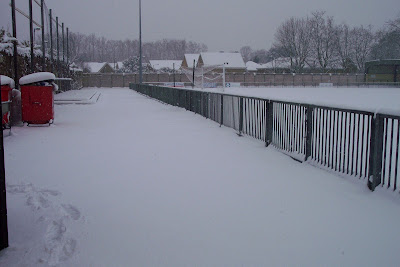 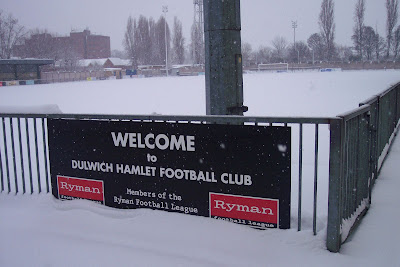 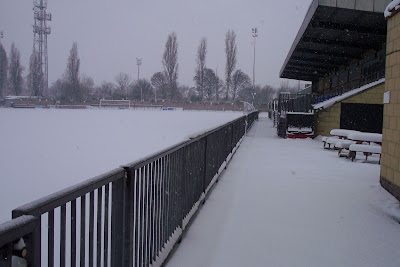 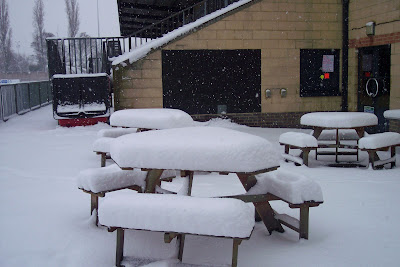 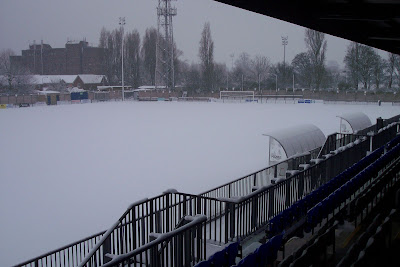 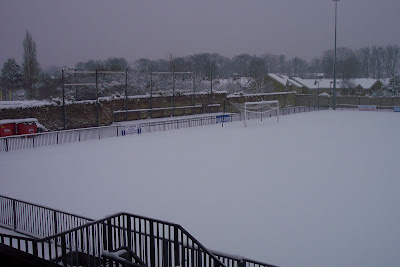 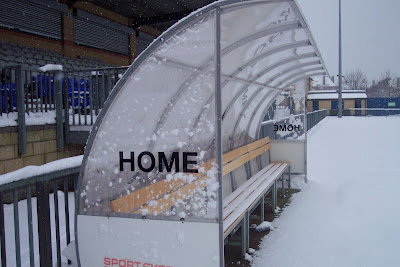 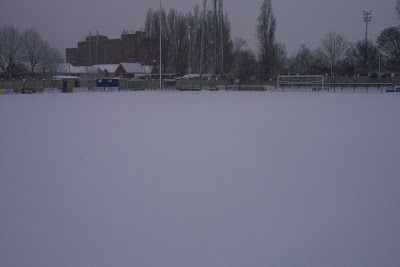 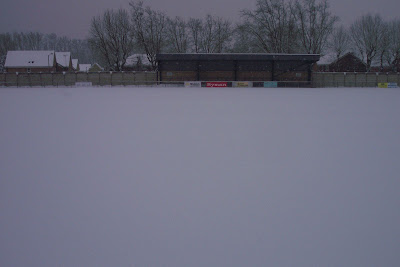 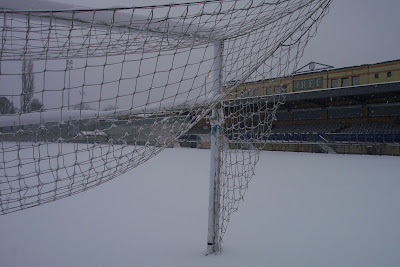 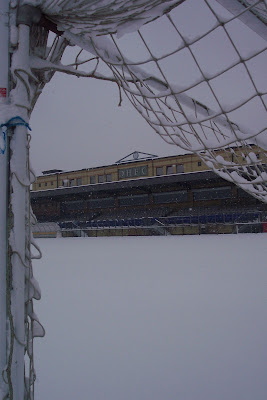 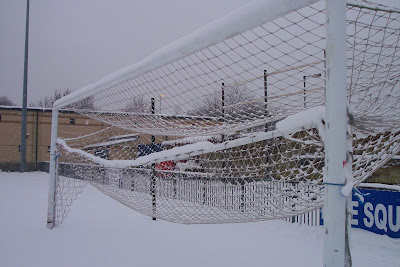 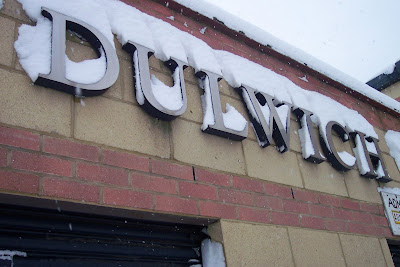