This visit to Fulham was for the 125th annual Varsity football match between Oxford & Cambridge Universities last season. It was on a Sunday morning, before the famous Boat Race on the Thames. 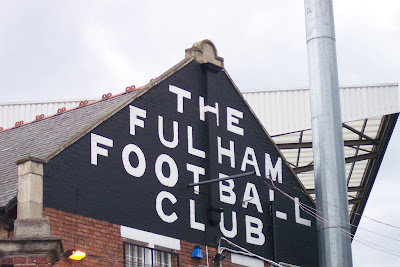 The walk from Putney Bridge is a pleasant one, through Bishops Park, with Craven Cottage just past it, as you can see here. 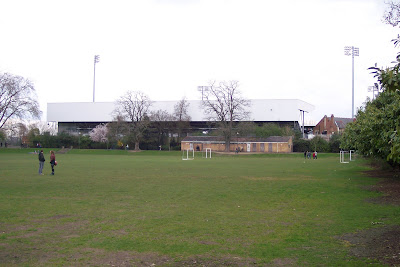 This is the exterior on the Stevenage Road, & this stand is a Grade II listed building. 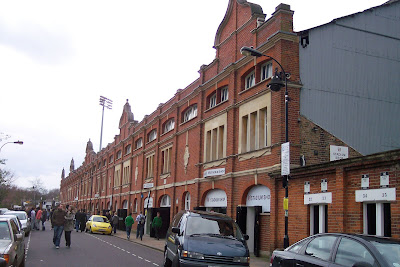 It was re-named the Johhny Haynes Stand in 2005, after the death of the Fulham legend, who is commemorated by this statue outside. 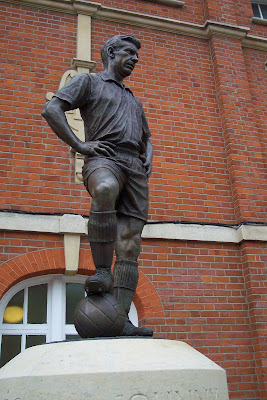 On the facade behind is the old Fulham emblem. 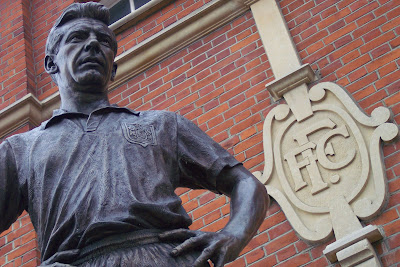 And the year of formation, which is incorrect, as they are now believed to have been formed in 1879. 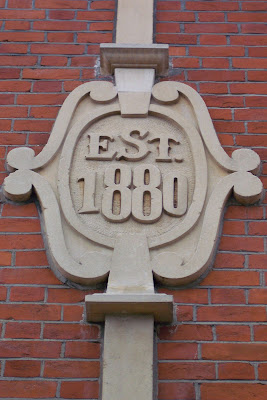 Their next game is advertised, for which a somewhat bigger crowd will be expected! 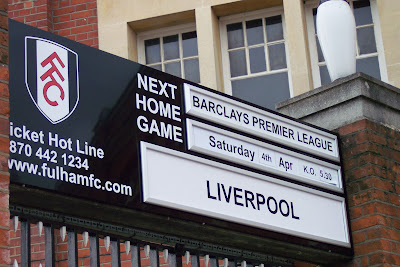 Here are some of the turnstiles. 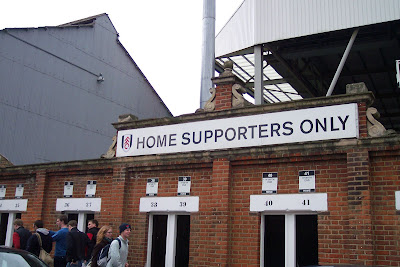 Outside the scarves were on sale, though these were for the boat race, not the football. I still bought one though! 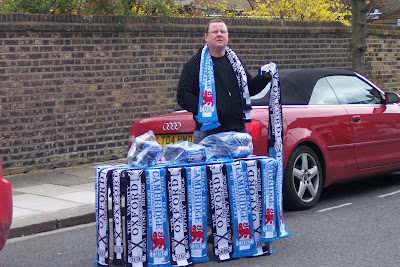 I prefer the older emblem to this new one. 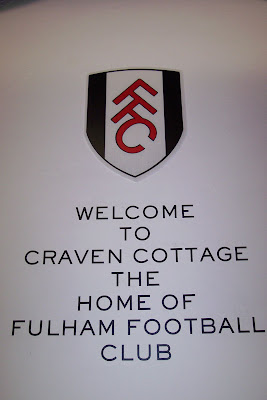 Inside the ground now, and I'm stuck on one side. In the Johnny Haynes Stand. The first thing I head for is the famous cottage in the corner. This is by the Putney End, which you can just see to the right. 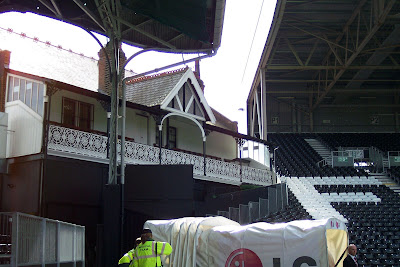 Here we look along the Haynes stand, from the bottom corner. The plastic seats were put on top of the old terraced enclosure in front of the stand. 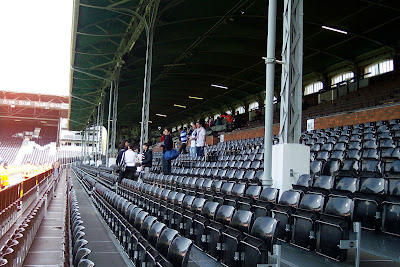 Here some of the players warm up, with the Hammersmith End in the background. 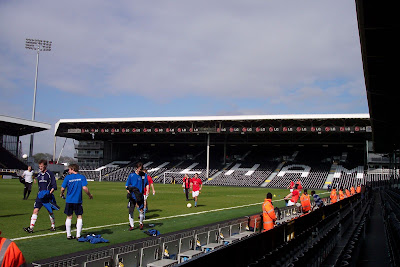 Here is another shot of the cottage. 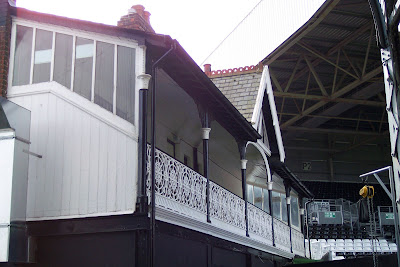 And from this corner we look across the Putney End. 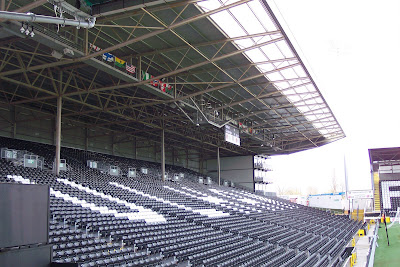 Now we're up in the Haynes Stand, the original wooden seats still in place. It was built by the famous football stadium architect Archibald Leitch. 'Engineering Archie' was published in 2005. 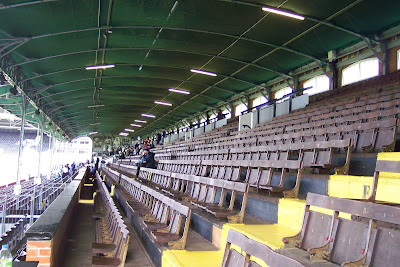 At the end is a montage dedicated to Haynes. 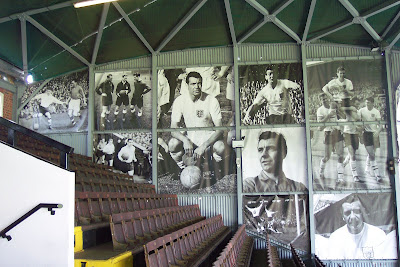 Here we look across the pitch to the Riverside Stand, built in 1973, & originally called the Eric Miller Stand. He was a director, who committed suicide, while under investigation for embezzlement, in 1977. 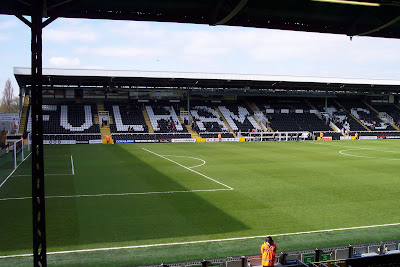 From near the back we look down the stand. 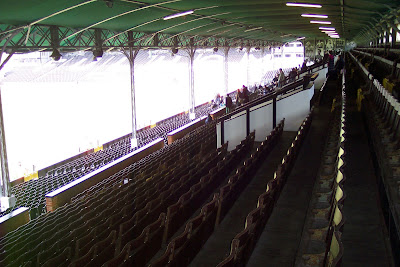 Moving further along, just as the teams come on the pitch, from the changing rooms in the cottage corner. 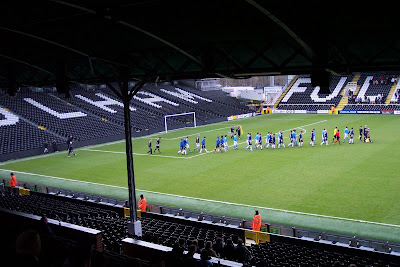 The teams line up for the pre-match bits & pieces. The spectators in the Riverside Stand were all ticket holders in advance, and on the day you could only pay for the stand we are in. It was not possible to get past the stewards and reach the other side. Which was a shame, as I am unable to show the the Fulham sign on the gable of the Haynes stand. 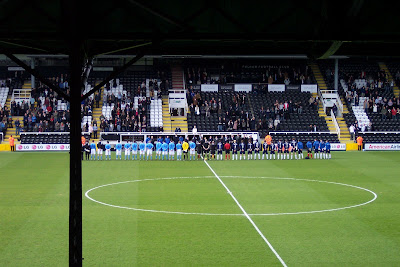 Standing for the national anthem. Not being a royalist I stay seated. 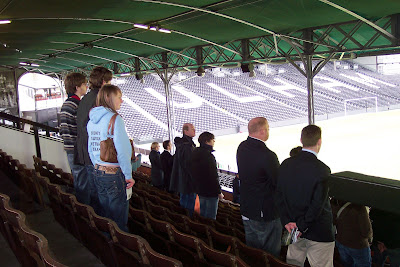 Here is a shot of the Johnny Haynes Stand, from the other end, during the match. 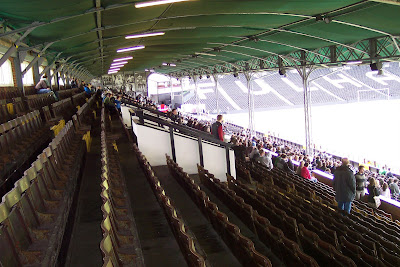 Game in progress, with the Riverside Stand behind. 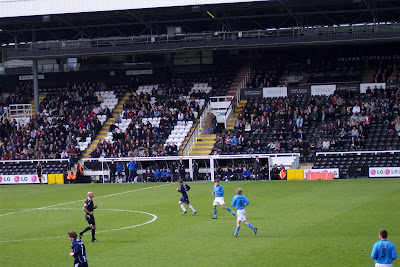 The Hammersmith end of the listed stand also has the collection of Haynes memories on the wall. To the left is the Hammersmith End, and you can also see-immediately to the left of the pictures-some of the executive boxes in the corner. 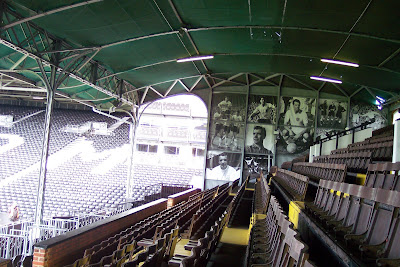 Cambridge in their traditional light blue, & Oxford in the dark. 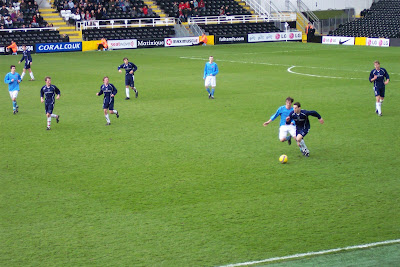 The end of the game, and the scoreboard tells the final score, in front of the empty Putney End. 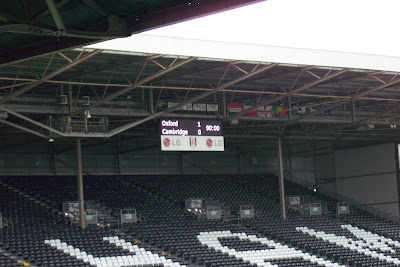