Another ground from my late 2010 trip to Germany, this one in Hamburg,
Bahrenfelder SV are a Kreisliga 5 side, which I am told is step ten of their non-league system.
It wasn't a ground I was actually looking for, I was just walking around the area near Altona 93 & stumbled across it. 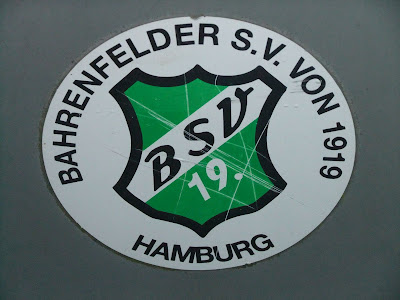 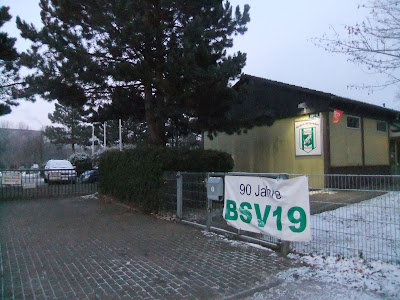 In front of the main building, inside the ground. 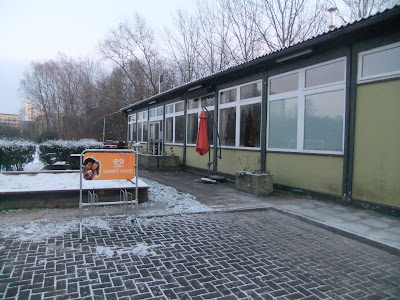 The main pitch is in front, a bit of a ditsnce, with a track round it. 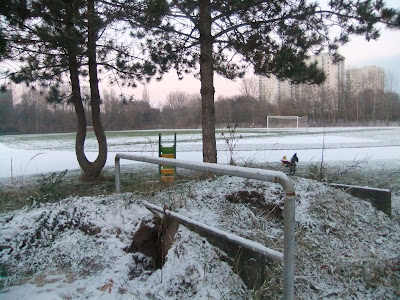 Getting closer to the pitch, it a very basic ground, and very open! 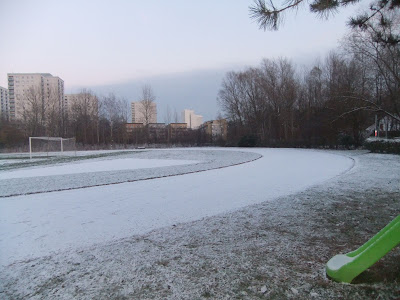 There is some open terracing along the left hand side, this is the way we are going to stroll round, clockwise. 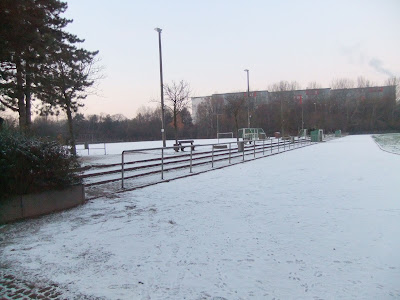 A few steps, railed off, behind the track. 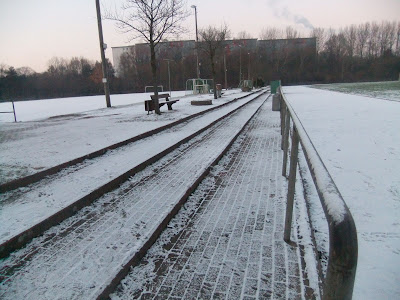 A bench at the rear, & secondary pitch behind. 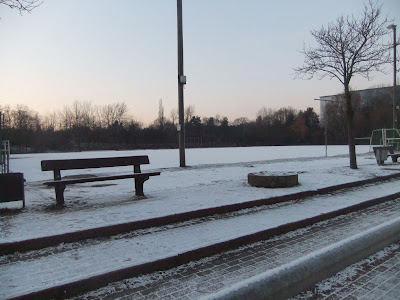 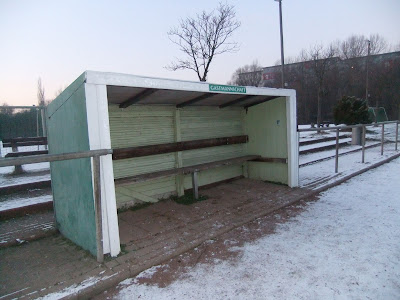 With an Altona 93 fans sticker on it! 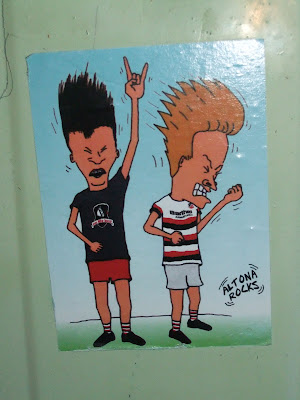 The terrace continues the full length, toward the next dugout. 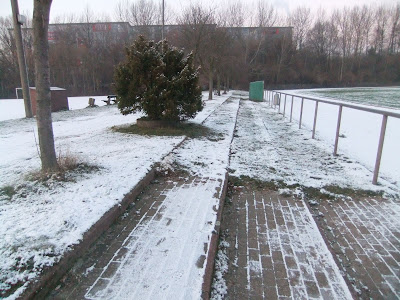 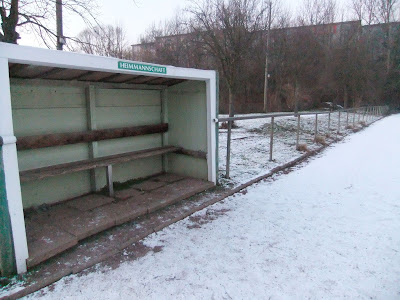 No spectator facilities for the rest of the ground, open behind the far goal. 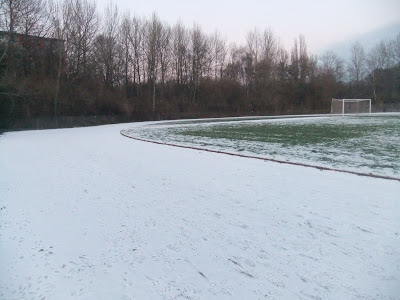 From behind the net, dugouts to the right. 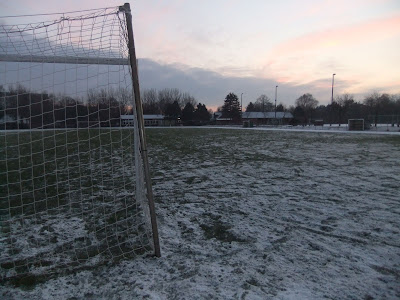 With just the track to the left. 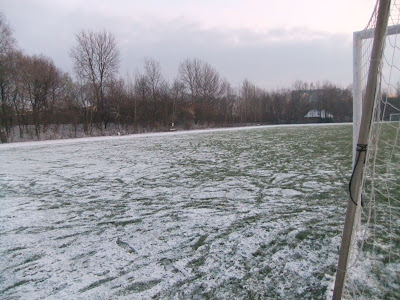 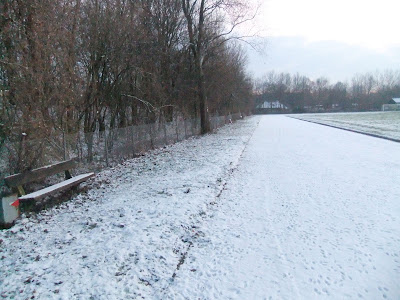 The view, sitting on it. 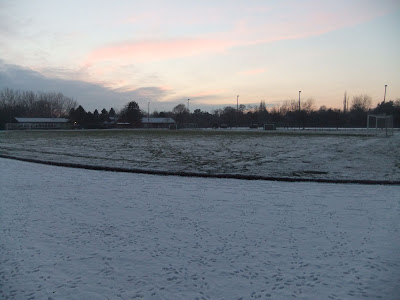 The clubhouse & changing rooms, behind the goal. 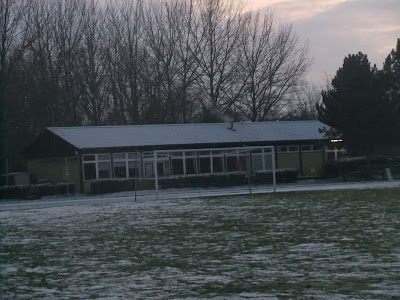 From the end where we started, behind the net,which concludes our brief visit. 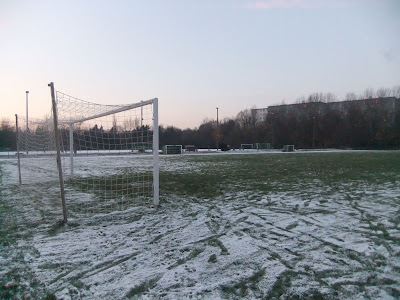 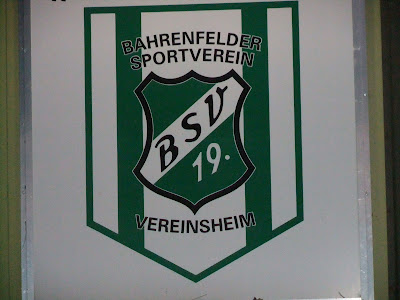 Proud to help The Hamlet!

There's nothing wrong with blowing your own trumpet, & this is one such occasion!

In the morning our Supporters' Team beat our counterparts, & long standing friends, from Worthing, by a massive eight goals to one. Aided, without a doubt, by wearing our smart shirts, based on the Hamlet 1920 treble winning kit, & kindly sponsored by Skyline Solar. 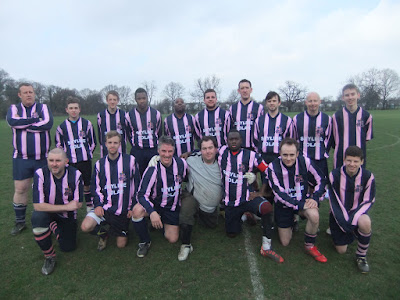 The Supporters' Team sponsored the First Team game in the afternoon, with the matchball being sponsored in the name of this very blog! 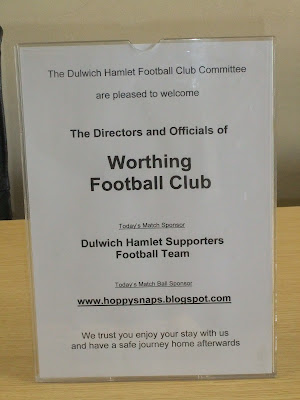 It was a double delight when we won 3-1 in the Ryman League Division One South clash!

I was part of the official 'Supporters' Team' sponsoring group.

Here I am, in the middle, with my Hoppysnaps guests, my older brother Ferenc, who took me to my first ever Dulwich Hamlet game, when I was a little seven year old boy, in 1974...so it's all his fault! With us is his wife, my sister-in-law, Christine, who is new to this local 'soccer' lark, as she is from Winnipeg, in Canada. 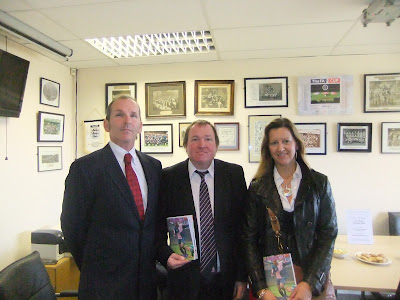 The Supporters' Team, as match sponsors, could select the 'Man of the Match' award, & here I am presenting it to my nephew Kalvin Morath-Gibbs! 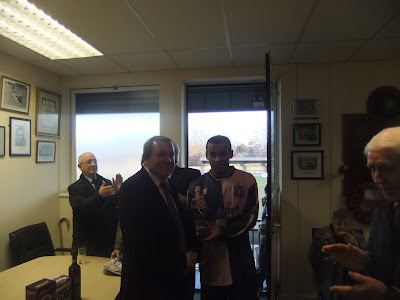 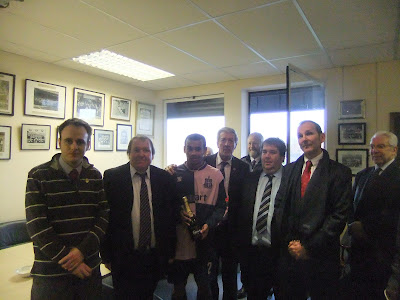