Lewisham Borough (Community) FC play in the Premier Division of the Kent County League, & ultimately have ambitions to progress up to the Kent League. Their current venue of
Ladywell Arena is not up to standard though.
They were formed in 2003, as an amalgamation of three local clubs to bring senior non-league football to the London Borough of Lewisham.
I've been here several times before, but not for a few years, to see the Dulwich Hamlet Youth Team visiting in Southern Youth League fixtures. But tonight, in a Kent County League Premier Division match against Rusthall, was my first time for a Lewisham first team fixture. There was a 16 page programme, which you could buy in lieu of admission for £2.

It is also the base for Kent Athletic Club, who I have seen host meetings a number of times in the past, as one of my mates used to compete for them. 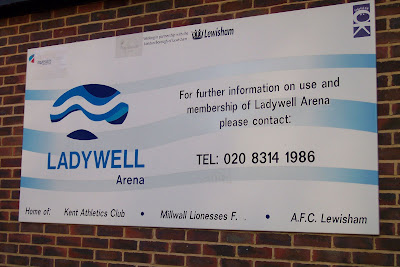 Here is the entrance, as you approach the ground. 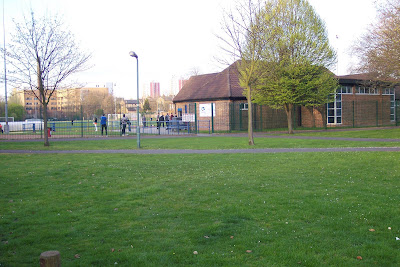 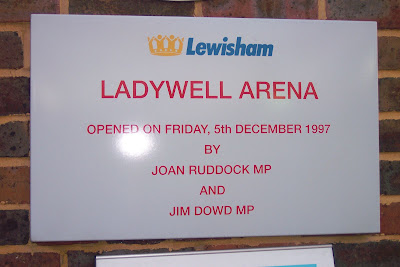 This is the only building here. Changing rooms, & a gymnasium. There was a small hatch selling hot drinks. This is the only raised spectator area, overlooking the track. 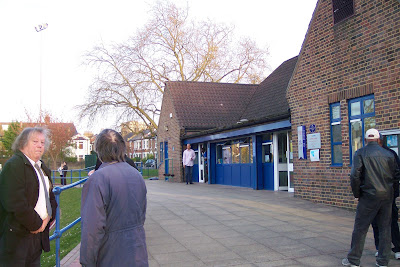 We're going to stroll around clockwise, from the pavilion. Here this ramp brings you down trackside, with some park benches just beyond. 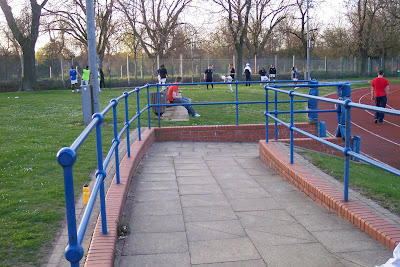 You can see a perimeter fence, this goes all the way round, with a footpath behind it. 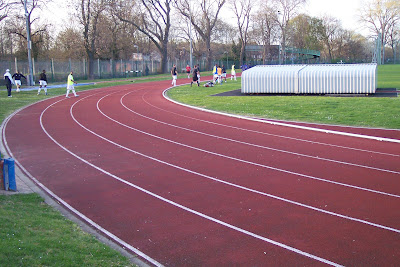 The pitch isn't even roped off, no barriers for any spectators to stand behind. But because this is a 'stadium' & has floodlights, it seems much more of a ground than a pitch in a park! 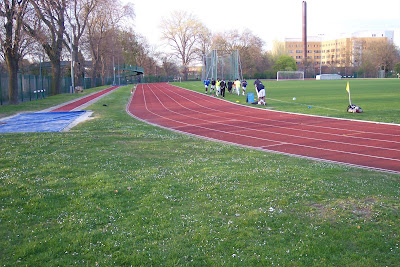 From this first bend we look back to the pavilion, and the benches to the side. 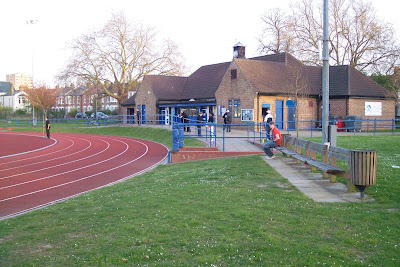 From the same spot we look across to the goal...well what we can see of it! 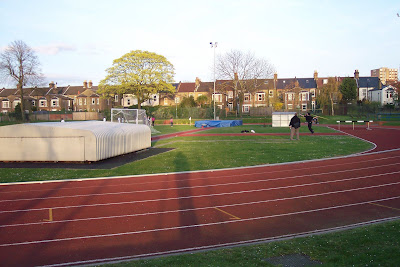 Here are a couple of benches on the halfway line. Note the spiral walkway at the end, outside the ground, that goes over the adjacent railway line. Not a bad spot to watch for free! 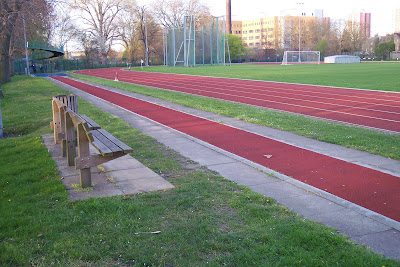 Moving on round to behind the goal it's open with just the strip of grass beyond the track. 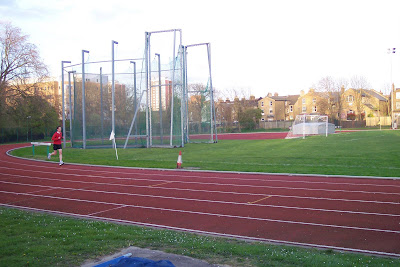 And as you can see here it's a fair way from the pitch. 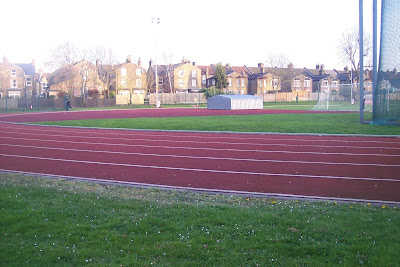 The dugouts are on the far side, as you can see. 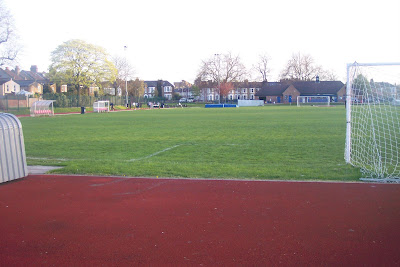 The grass is sloped slightly, I suppose this could loosely count as a grass banked terrace! 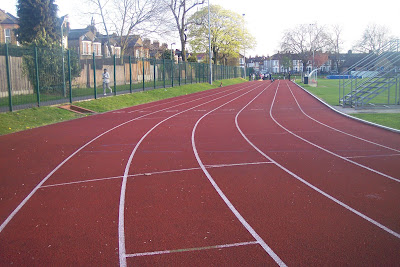 Here are the dugouts, not that they are different shapes! They obviously never came as a set. 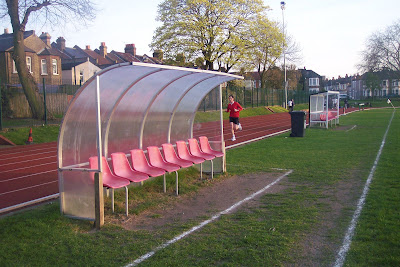 Here we look back down this side, with the grass banking getting slightly higher as we move along. At this point I was told to stop taking photographs, as there were under sixteens doing athletics training! I was polite by my standards, apologising, explaining I was taking photos of the ground, not the young athletes. I also enquired what law I was actually breaking...
So now it's official...take photos of a sports ground & you're a nonce! ;-) 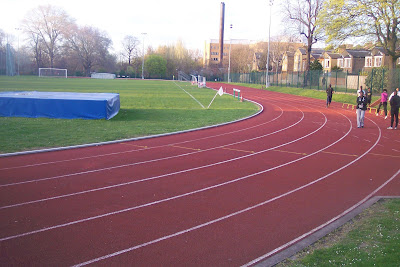 There are some more benches in this corner. (Note I ignored the request to stop taking photos!) 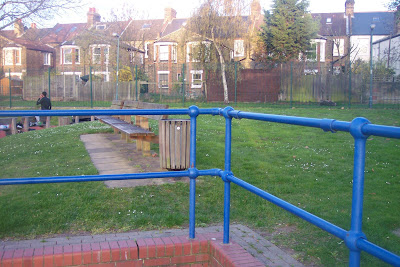 And back to where we started, looking across the pitch just as the match is about to start. 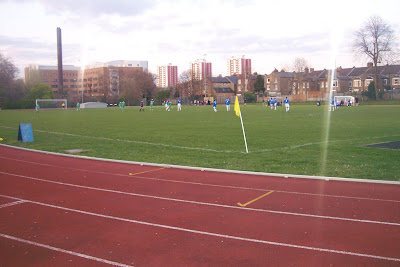