Sint-Truiden are a Belgian First Division side, I saw them last season, in November, at home to Cercle Bruges. Not the best of games to be honest, which matches these snaps. Not the best set of photos, as the camera I was using doesn't do 'night pictures' that well. But you will get a flavour of the stadium, a bit of a mix of old & new. This group is slightly different to others, as I am restricted to only one side, in the stand I was in, & so a number of them are very similar, & repeated, from almost the same angles. 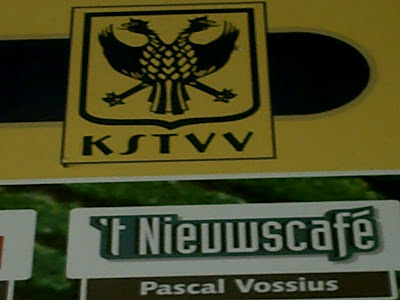 This old picture was hanging up just inside the main entrance, where the security man let me take a quick snap. 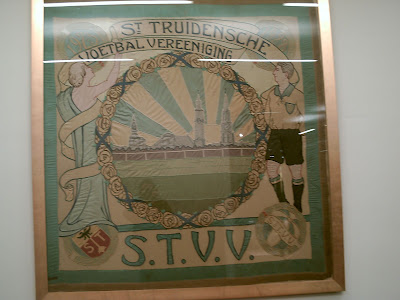 The ticket booths were away from the turnstiles, outside. Lovely weather, as you can see! 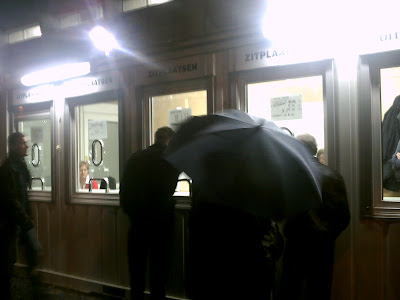 Here is the turnstile where we entered the ground. Our stand was along the right past this, as was the one along one side of the pitch, as you will see when we get inside. 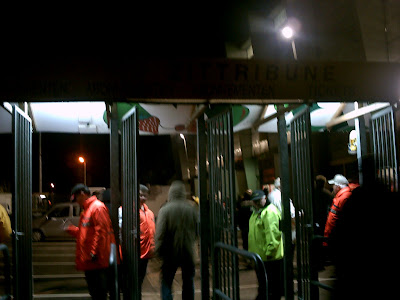 Underneath our stand was a very packed concourse. This picture was a 'hold the camera up in the air & hope' job! 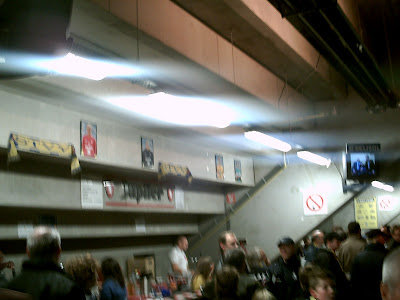 We were sat in the top corner of the East Tribune, here we look across it, toward the VIP area, which is basically the North Tribune. 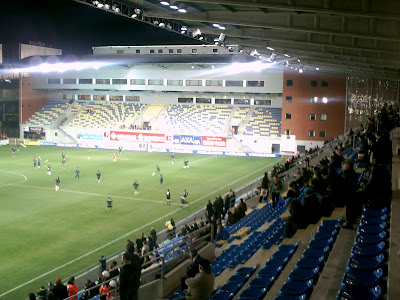 It was late November on my first, the weekend leading up to Advent, so their Father Christmas, Saint Nicolas, was doing the rounds, along with his 'assistant', called Black Peter, I think. 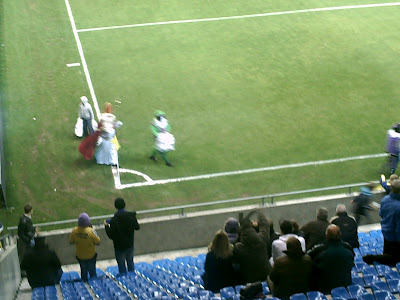 The teams are out on the pitch for the pre-match joint line-ups. We can see the West Tribune opposite, as well as the VIP one, which we've already glanced at. 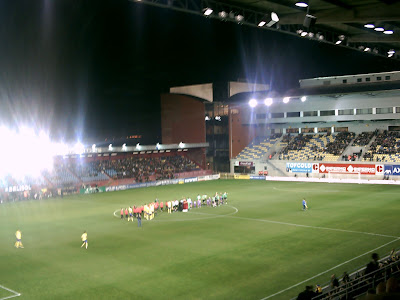 To our left is the lovely 'double decker' South Tribune, which is where the main hard-core of home fans are, nearest to us, in this photo. The far section of this stand is for the away supporters. 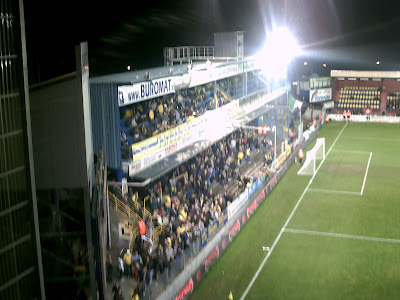 Here we are at the back of my stand. 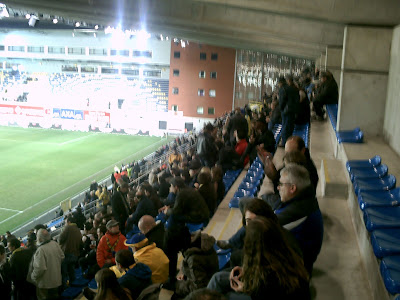 Here we see right across the pitch, at the West side, at least the parts not hidden by the glare of the floodlights along the roof. 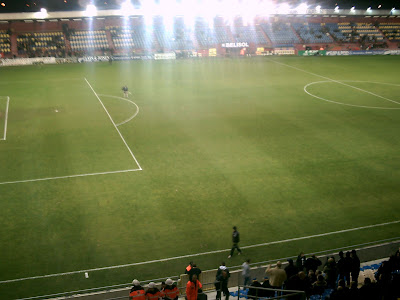 I move along my East Tribune at half time, & take more photos. Here we are getting closer to the posh bit. 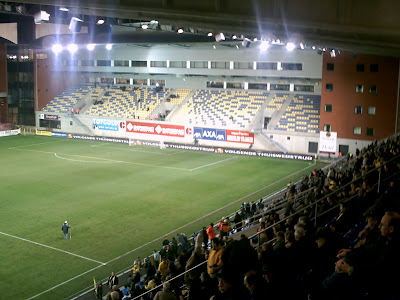 And over the pitch, again into the full glare of the lights. 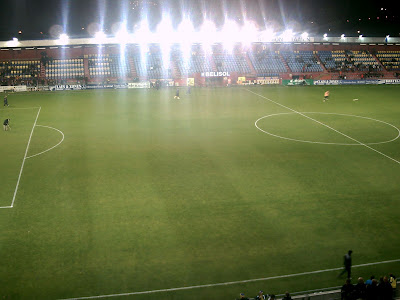 With the main fans' stand to our left, and the electronic scoreboard in the near corner. 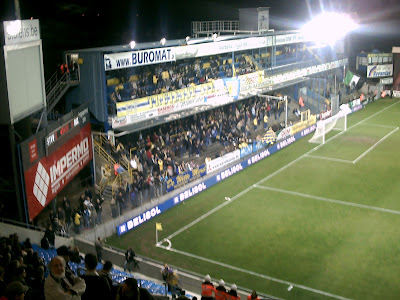 I move down to the front rows, and try a close up of the main section of the home support. 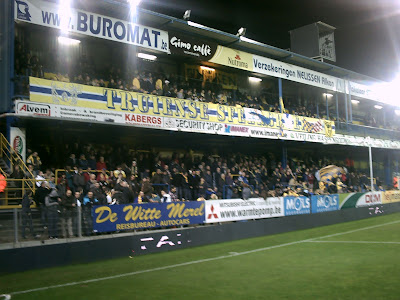 Nil nil at half time, without a doubt not a classic! But, hey, that's football. 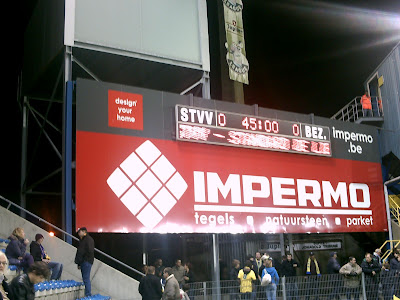 Still at the bottom corner, we look across the ground, at pitch level. 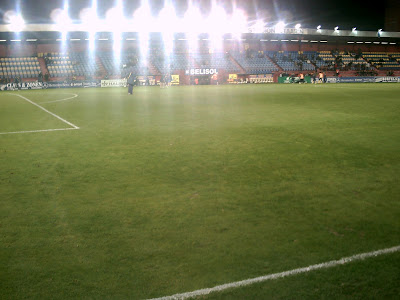 Turning round we see up into our stand. 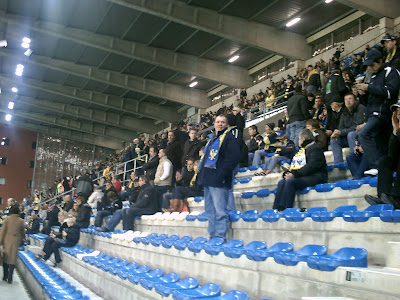 Moving along the front now, we're about halfway across, & look back at the 'double decker'. 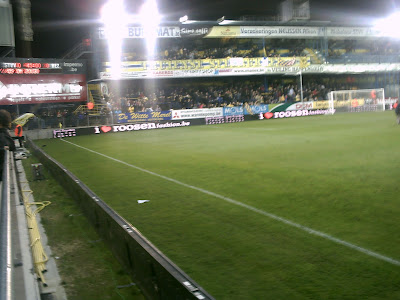 Panning over at the same end, we can see the away section, as groundstaff do their bit during a wet half time. 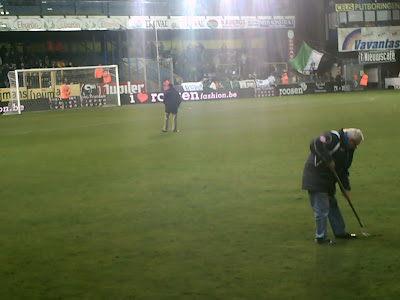 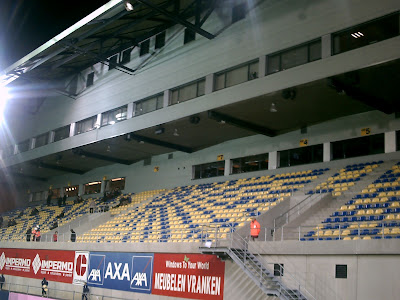 Turning round we see down my stand, from the other end to my seat. 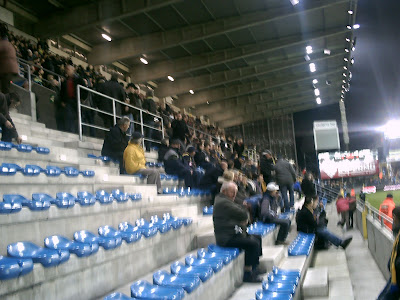 And back across the pitch, from the same corner. 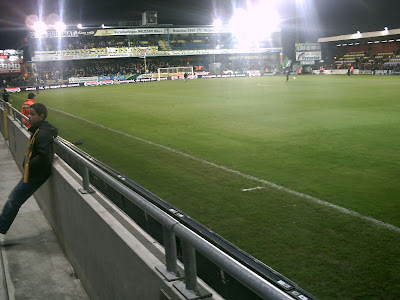 The fancy VIP stand is actually a fair bit above pitch level, as you can see here, in this blurred photo. 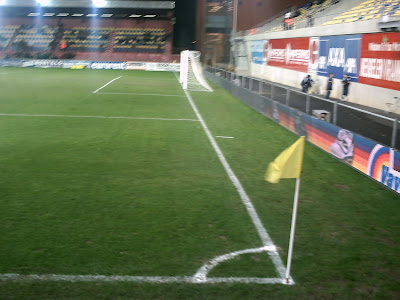 I spotted this plaque on the concourse under our east tribune, telling us that it was opened in 2003. 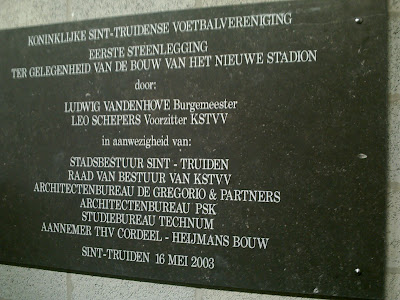 Now back up at my end of the stand, we look again at the home lot behind the goal. 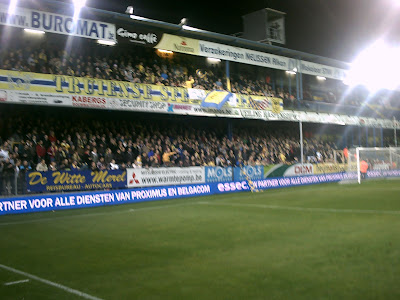 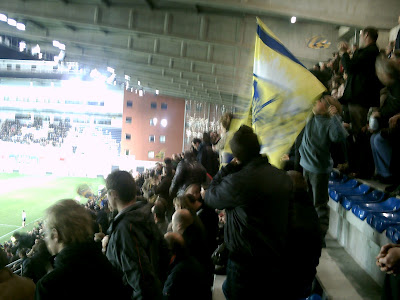 As do those behind the goal... 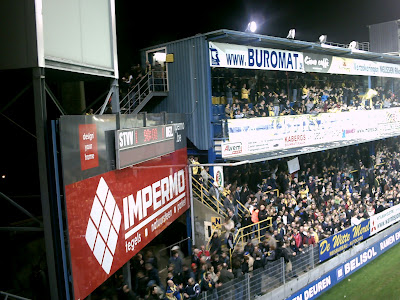 As the players show their appreciation at the end of the one one draw. 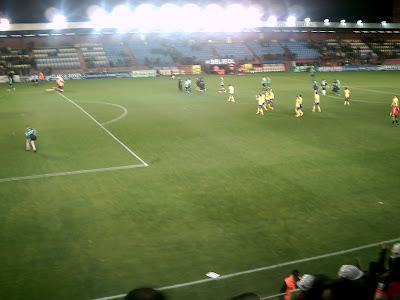