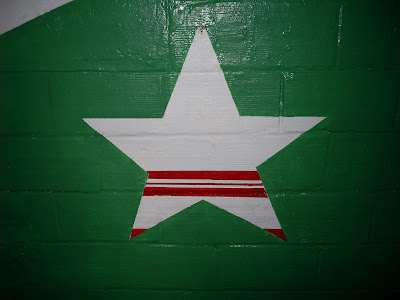 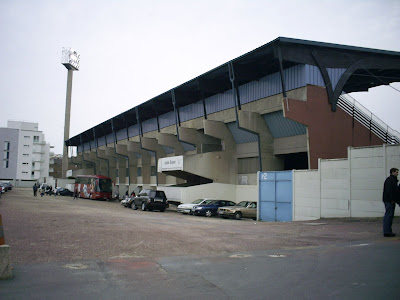 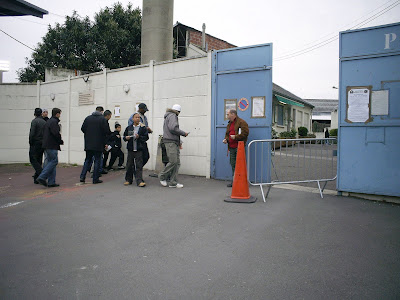 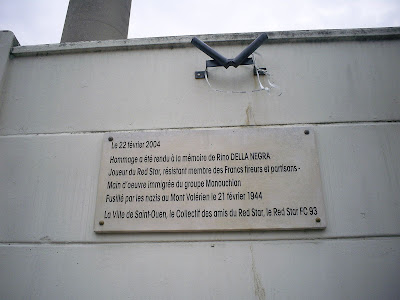 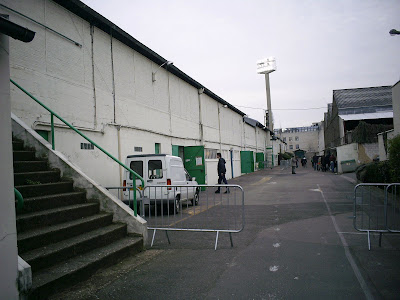 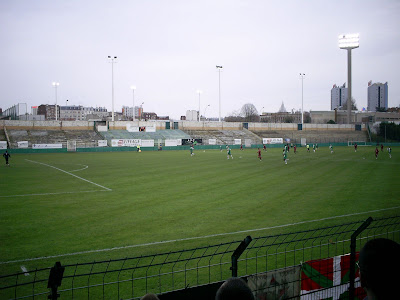 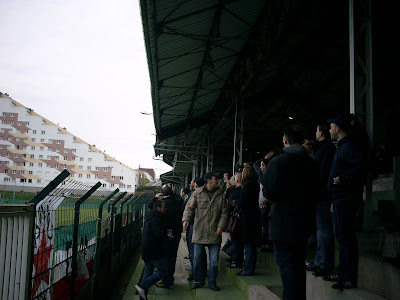 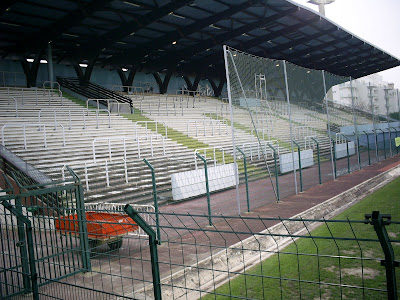 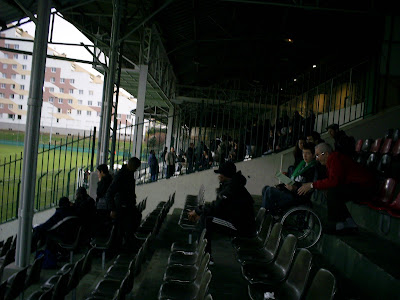 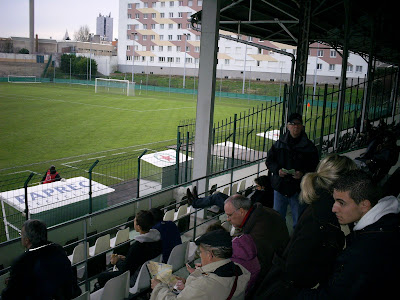 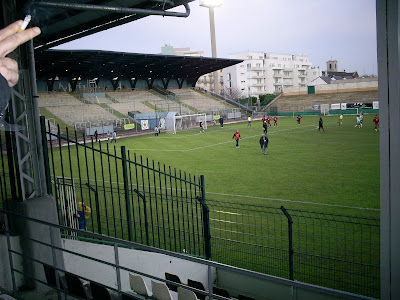 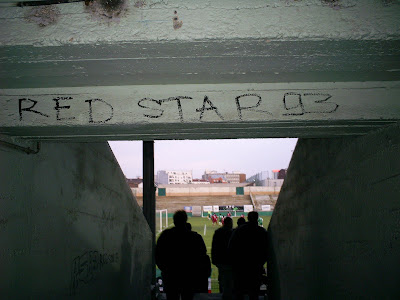 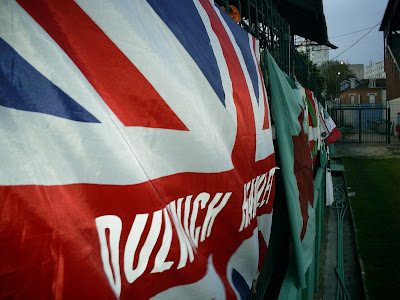 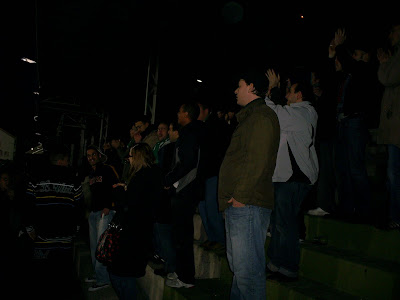 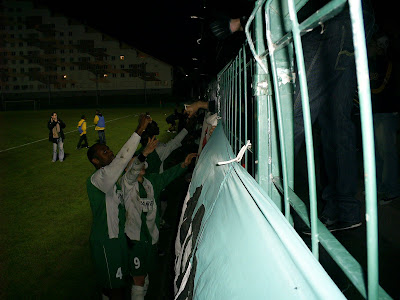 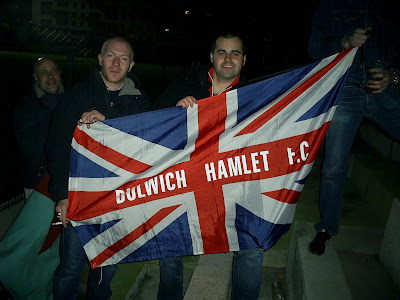 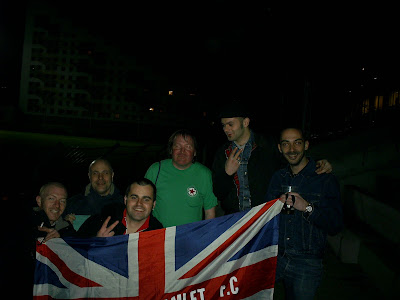 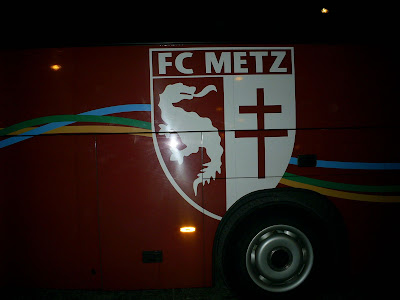 If you were to walk past the Welling United football ground, from the direction of Welling train station, a few hundred yards, you'd see this sign of the local leisure centre. Which was also the name of a former Kent League venue, tucked just behind it.
Sadly I never got round to seeing a game there when it was in use, but I knew the old stand was still there, so climbed through a hole in the fence surrounding the pitch, to take thes snaps at the end of May 2008. 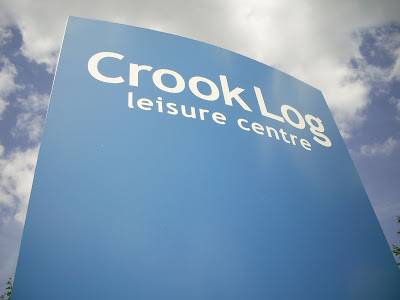 I believe this was the only cover they had, when it was in use.
Not the concrete on the floor, to the right of it. 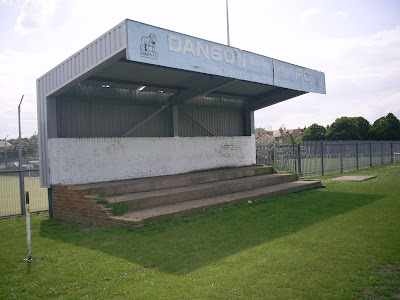 Still railed off down the side. 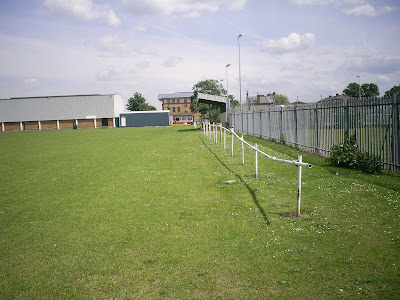 And all the way down the far side, but I was too lazy to
walk over and take a photo close up. 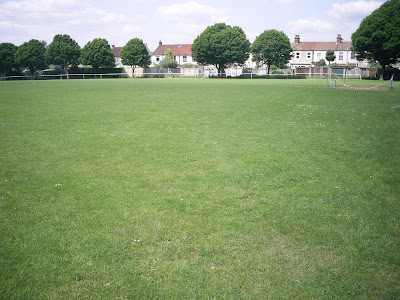 And the stand again. Remember that concrete I mentioned?
Clearly a dugout was once there, but only one is still left. 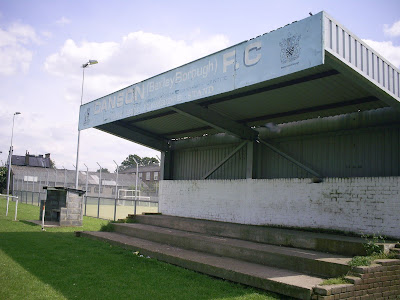