Entente Sportive Janvalaise are a small club, playing in the regional leagues in Normandy. It is a basic pitch, no floodlights, just railed off. We discovered it as it is situated immediately behind the FC Dieppe stadium. 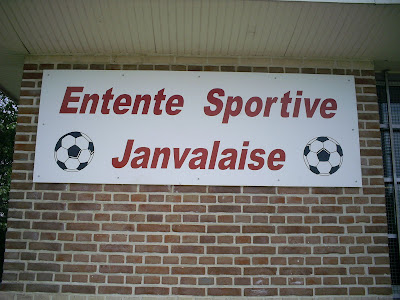 Here we look across the pitch, to the club building on the far side, which housed the changing rooms and a small bar. 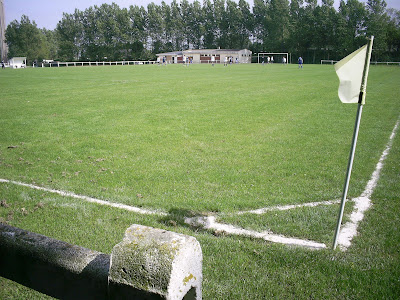 Almost the same view, but from another corner. 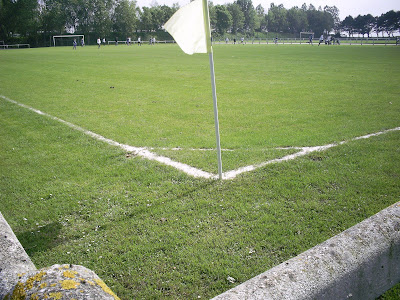 There were small dugouts, as you can see. A youth game was finishing as we were passing. 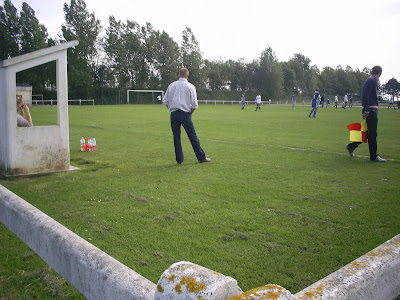 Here we look down the touchline, dugouts in shot, & the buildings again in the background. 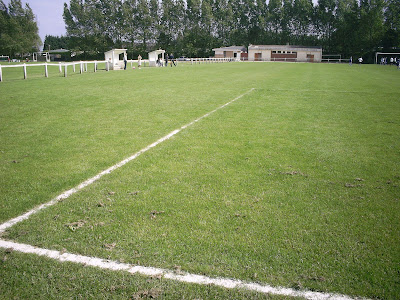 You can see the FC Dieppe floodlights behind the trees. 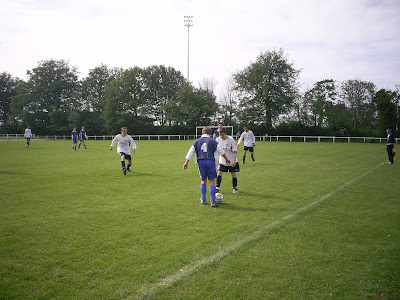 This dugout was by their second pitch, which wasn't railed off. 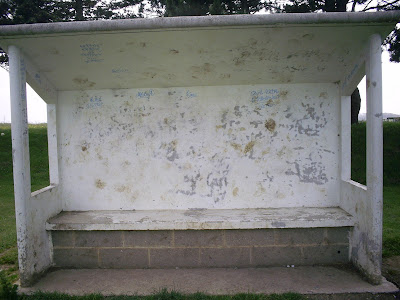