The Hillingdon Athletics Stadium is the home of Marsh Rangers, & these photos were from my visit there for a Saturday morning game in the Middlesex County League Premier Division, in February 2008. I've never been a fan of athletics stadiums hosting football, but despite that there is not doubt that this is a very good venue for this level of football. The photos aren't the best set I've done, I should have concentrated on the 'crowd' a bit more, rather than the soulless multi-sport venue, but I guess I wasn't as 'brazen' with my snappping a year or so ago! ;-) 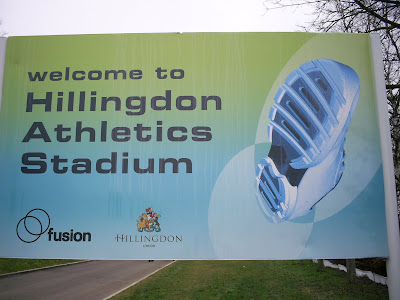 The grass banking on this side is the only decent bit of elevated' terracing', this is to the left of the stand, which we will see shortly. 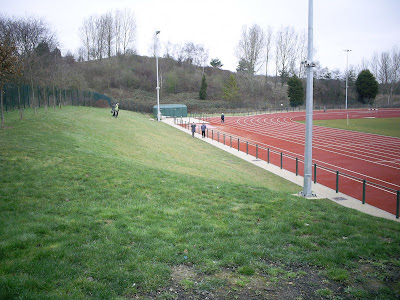 From this banking we look behind the goal, he path there a long way from the pitch. 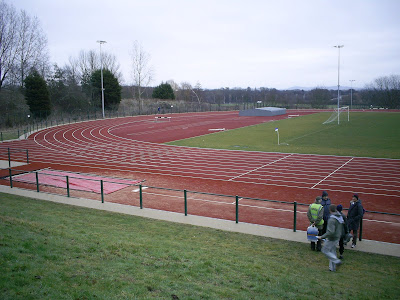 As we move round we look bak to the stand, and the grass bank. 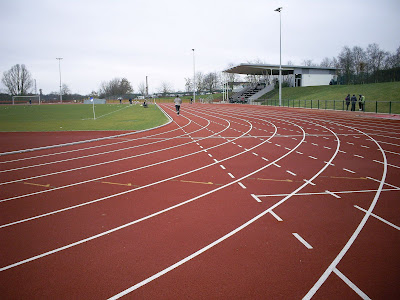 Another angle across the track here. 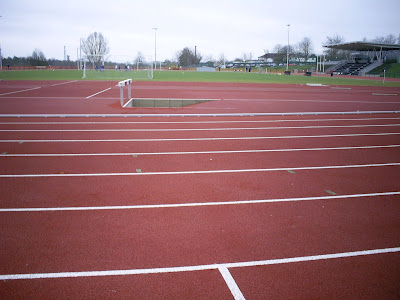 Open hard standng down the far side. 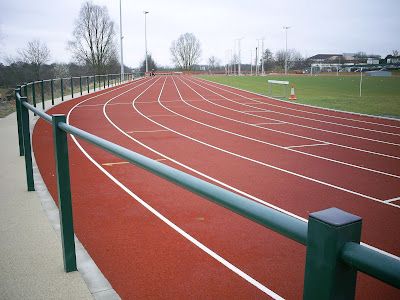 Looking back to the other side, with the stand & changing rooms. 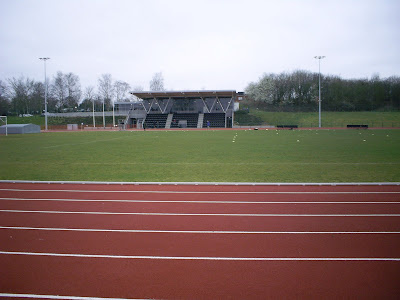 Down a new path, behind the main pitch, are some all-weather pitches. 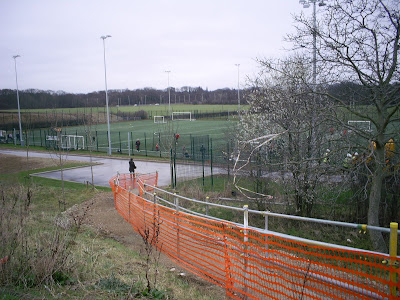 Now at the other end of the ground, we look toward the seats, through the athletics cage. 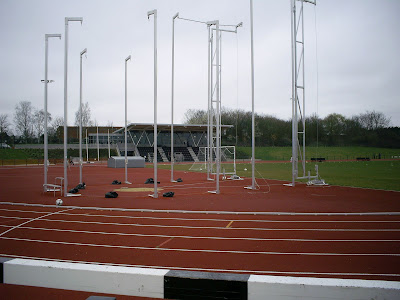 Directly behind the goal, not the best place to watch a match! 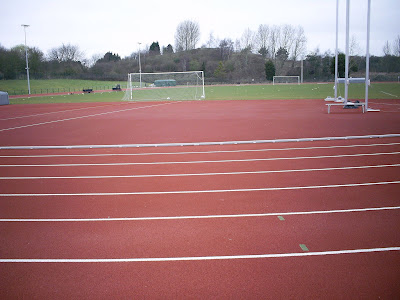 At last! A half decent sht of the stand! 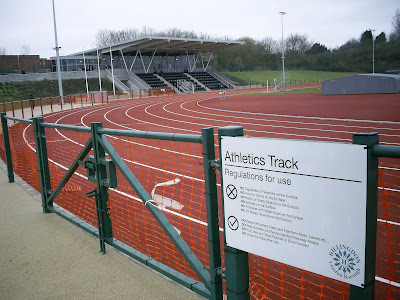 The entrance to the changing rooms, from the track. 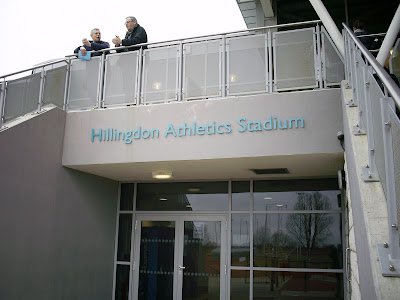 At the back of the stand is a bar/tea room area. Here a helpful home official, in the hat, reads out the teams to the gaggle of groundhoppers assembled. 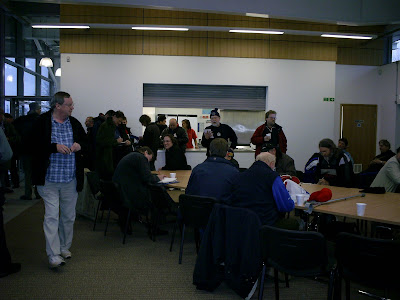 Here we look at the pitch, from the seats. 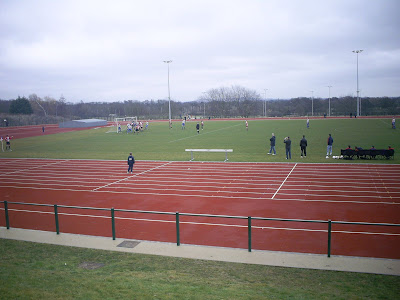 Here I've walked past the stand again, for an almost identical snap of it, this time during the match, with the majority of the crowd in it. 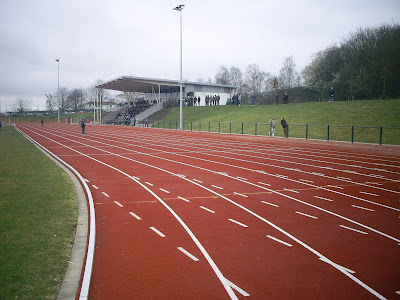 Back in the seats, bit of 'action', if you've got your binoculars! 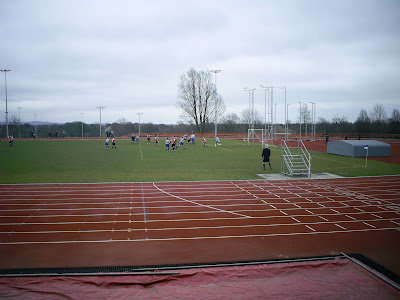 Looking across the seats. 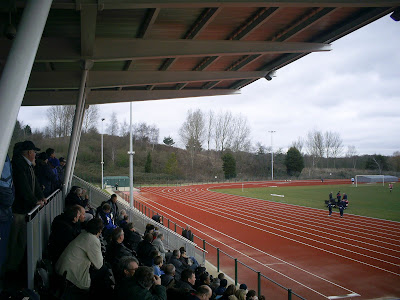 And my last photo, one I 'sneaked'...groundhoppers have a reputation for being 'sad anoraks'. Well this bag lives up to that image, the wording: "Railway Industry National Timetable Conference" ! 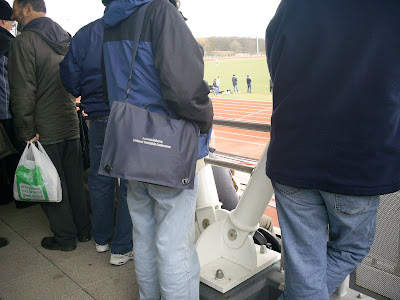