I happened to be in Horley, so made a slight detour to Horley Town. Actually...I lie slightly! I was on the way home, on a train going through Horley, so got off the train specifically to take these photos, last December!

This ground was opened in 2003, & they were controversially relegated at one point, for not having a high enough grading, but presumably the cover behind the goal was added to help them regain their place in the Combined Counties League Premier Division.

I've been here twice, to see Dulwich Hamlet First Team pre-seasons, in the past. 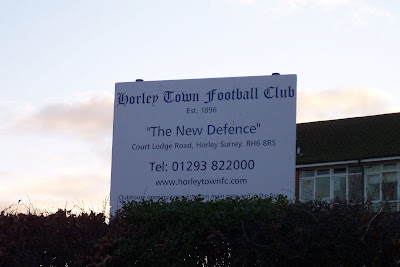 This is the entrance gates, in the car park. The ground is enclosed by the wooden fence, which you see here. The building inside, on the left, is the changing rooms/clubhouse area, with the bars being on the first floor. 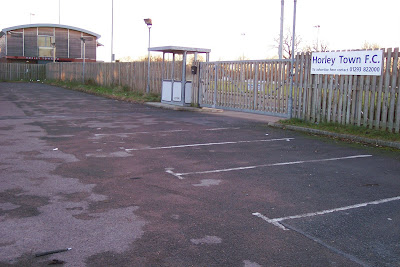 I doubt there's much call for visiting coaches in the CoCo! 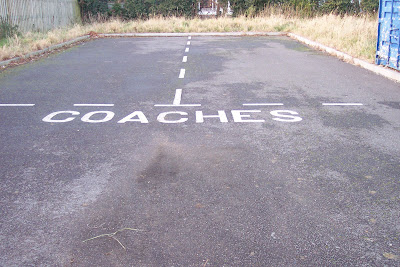 An unusual club crest, simply made up of the club initials. 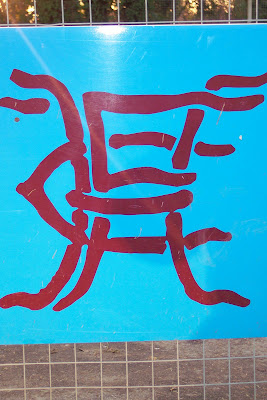 Inside now, thanks to a gap smashed into the fence, we're just inside the turnstile, & look down the main side, which is the clockwise direction we're going to walk round. 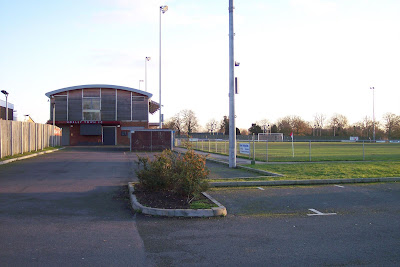 Tarmac hardstanding, down the side, towards the seats. 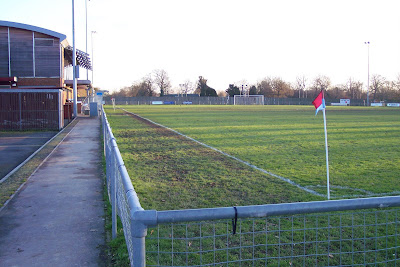 Just before we get there we pass this small covered area, which doesn't seem to quite 'fit in'. 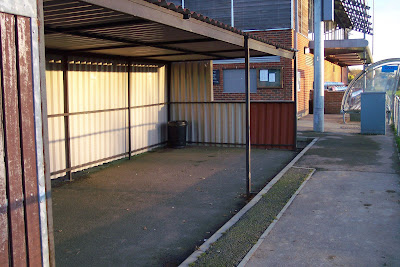 From here we look behind the goal, where there is a small area of covered terrace, we will finish up there later. 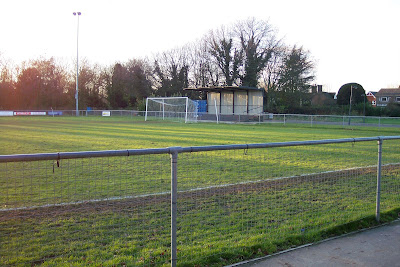 This is the entrance to the clubhouse. 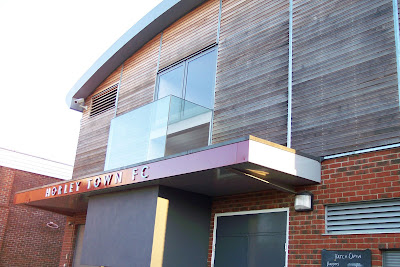 In front of it are the dugouts, with the seats part of the building, the roof being built into the walls of the structure. 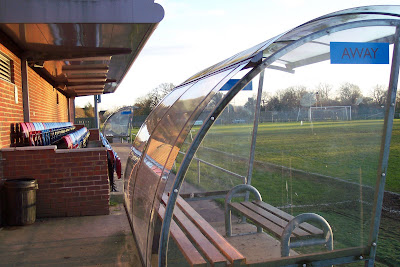 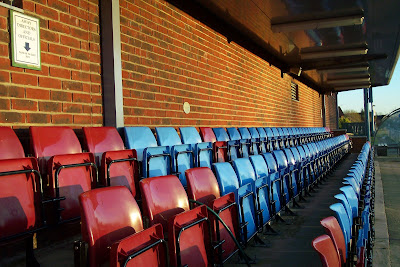 A small memorial plaque at the back, an old fan remembered...the lifeblood of the club never forgotten. Wonderful to see. 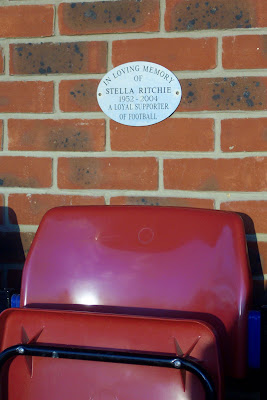 From on the pitch we have a superb angle of the stand, showing the clubhouse up above it. 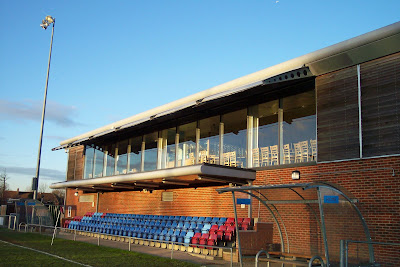 Moving on, past the stand is open standing, with the path by the pitch. The lone park bench is a nice touch. 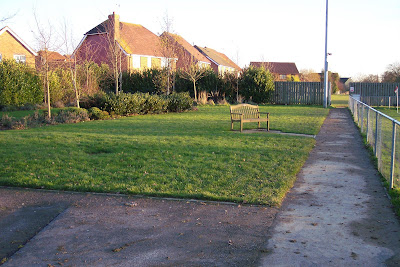 Behind the goal, beyond the perimeter, are some secondary pitches. 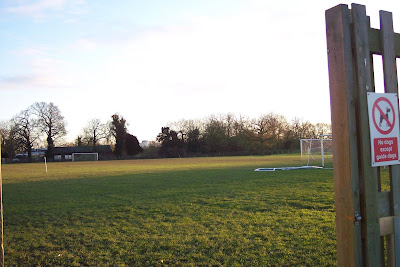 Walking behind the goal it's open hard standing, no cover to stop the sun getting in our eyes! ;-) 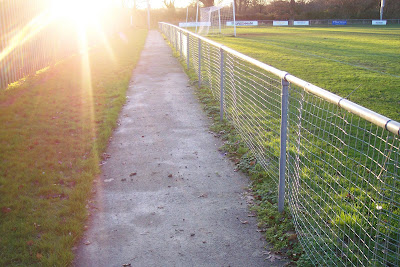 From behind the net we look over to the seats & bar, with the cover up the far end also in shot. 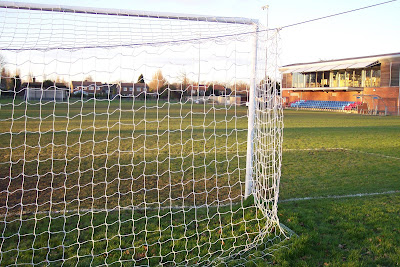 Also open along the side, with this hoarding putting 'spin' on a lager advert! 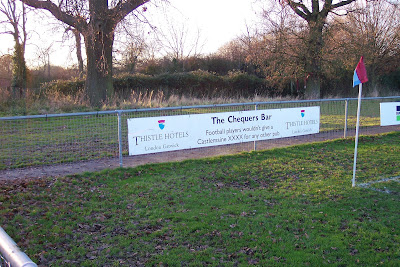 From this corner we look across the pitch. 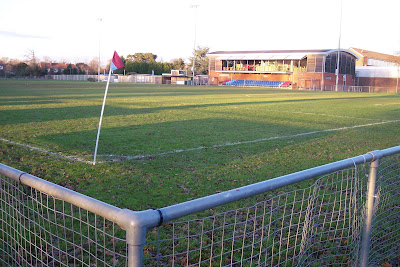 And look back along the hard standing at this end, training lights in view, on the adjacent pitch. 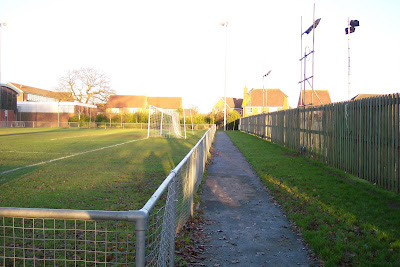 The open hard standing stretches all the way down this touchline. 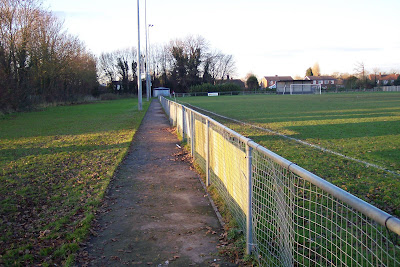 A club sign is on the fence opposite the stand. 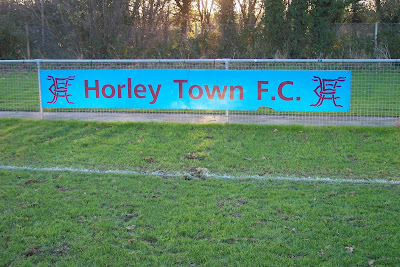 Not very common, we have 'corner' flags on the halfway line. 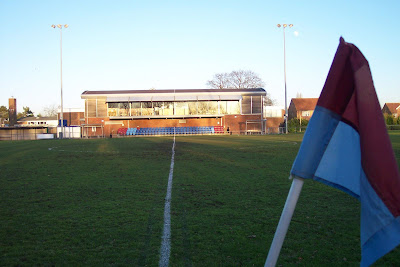 As we move along we see the small area of cover behind the goal. 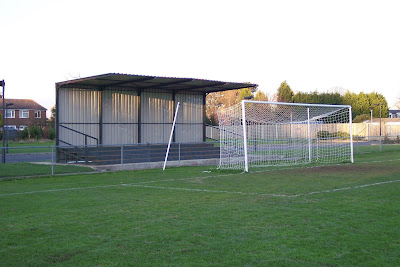 Here we reach the last corner of the ground, as we head for the final stetch. 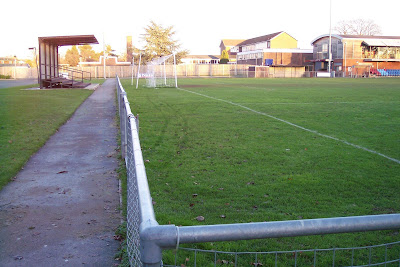 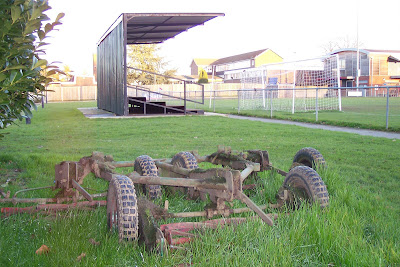 Standing on the metal covered terrace structure we look over to the main side. 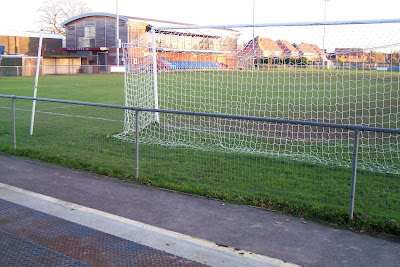 And down the other, open touchline. 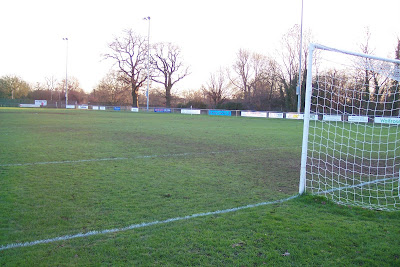 Inside the ground perimeter, behind the spectator areas, is even more car parking. 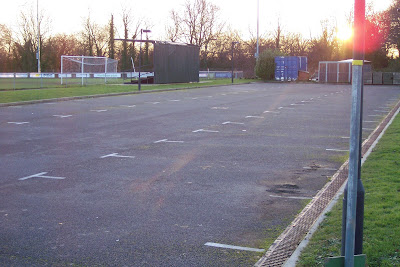 One last corner before we go, it was the 'half' hoarding that caught my eye. It didn't really seem to fit in, as this was a basic ground, yes, but still very tidy. 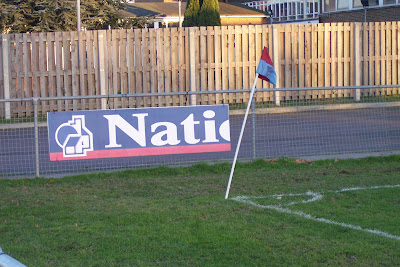 You are linking at the top of the page to horleytown.info.

The correct address should be horleytownFC.info

Can you fix it for us please?