Cray Valley (PM) play in the Kent County League, & are currently based at a very basic ground (as you'd expect) in Eltham, SE9.

I took these snaps on the last Sunday of 2008, during a Dulwich Hamlet youth team match. 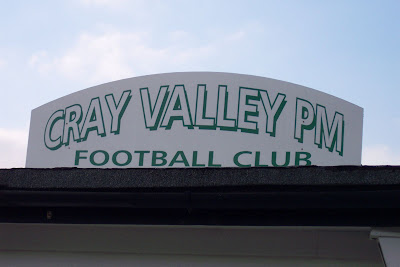 The mainclub building, from the entrance on Middle Park Avenue, which is off of the same roundabout with Greenwich Borough FC by the McDonalds. 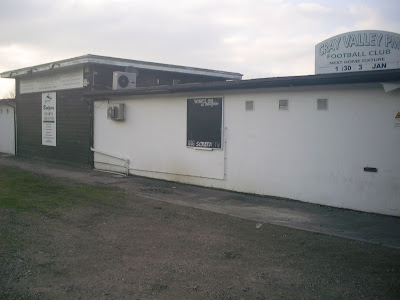 I am going from memory here, but I beleive their used to be a Junior club (that is boys football) who play(ed) here called Middle Palace. 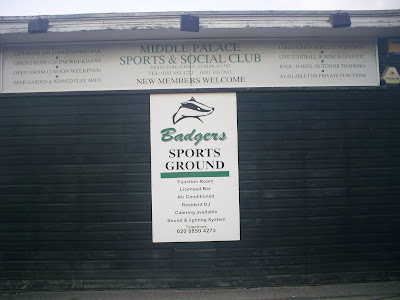 From within the ground this is where the players come out from the changing rooms. 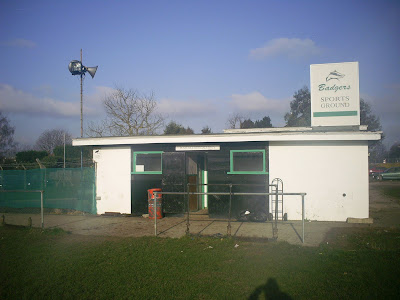 The rear of the main building which we have seen is the bar area, with a nice outside area for early, & end of season games. 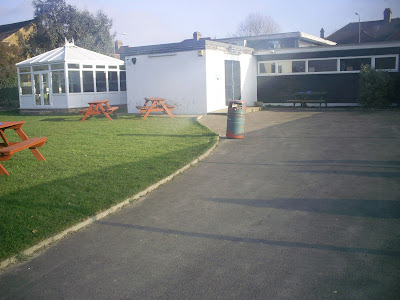 Inside is a small club trophy cabinet, including a number of trophies from previous Kent County League glories. Note the information on the right for local Sunday side Goldsmiths United, who also use the ground, & compete in the Orpington & Bromley District Sunday League. 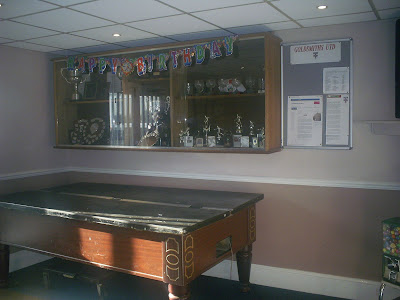 This fines sheet shows how amateur clubs manage to survive! ;-) 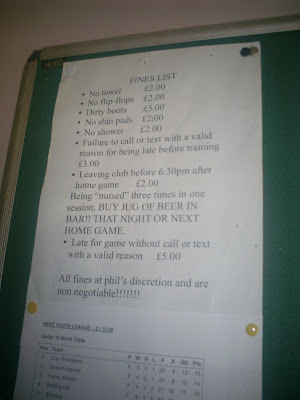 This ground isn't so much one sided, as 'half sided'. It is railed off from the clubhouse corner down as far as the dugouts, with a hard standing path. That is it! The rest of the pitch is not even roped off. I guess it's 'presumed' that spectators will stay behind the barrier. 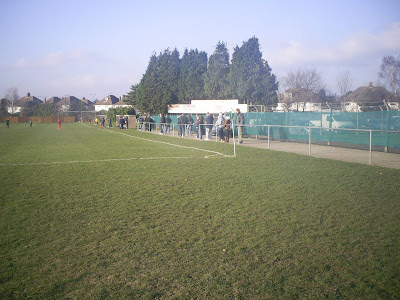 One you reach the dugouts there's this barrier blocking your way. 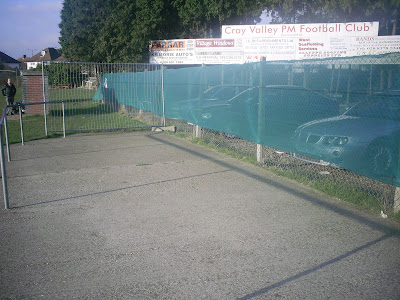 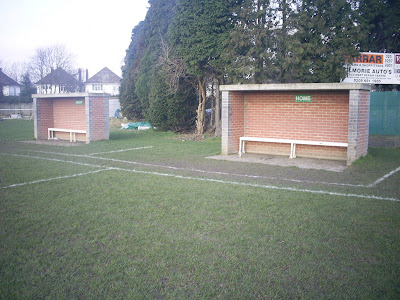 From the open far side we look back across the pitch. 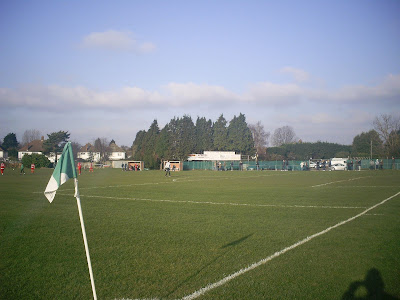 Behind the roadside goal end there are some training lights. 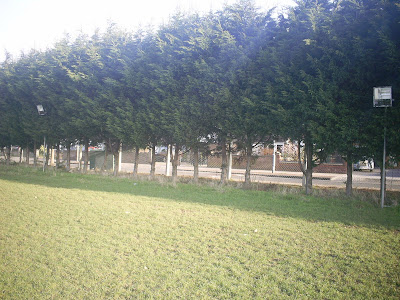 A nice touch on the goalnet supports, marked in club colours. 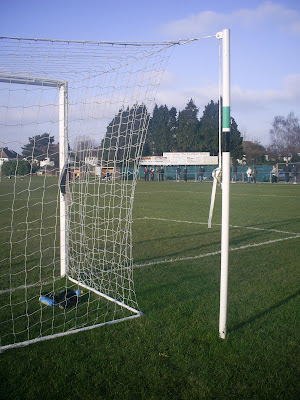 Another look down the spectator side, as there really is nothing else to see! 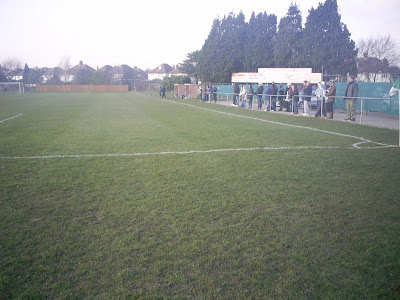 there having the ground revamped, with new changing rooms, clubhouse lights and a small stand as they are now been promoted to the kent league, may be worth having a look if you get the time?!

Yes indeed, I saw some of the work had started when I saw them in an end of season match against Tonbridge Invicta. Will certainly pop back at some stage next season, as I live in Sydenham, so it's really easy to get to, on the 122 bus.