Certainly an unusual venue here! Not a regular venue, but the Community Ground in Beckton. I saw a pre-season friendly on a messageboard listed as West Ham United Under 20s versus Ilford, and so that's how I ended up here on Monday 6th July, game number one for me of the 2009/10 season!

It's an all-weather pitch, and that is all it is! No spectator facilities at all, just an enclosed playing surface with floodlights.


It's not somewhere I'd go out of my way to visit, but it tied in nicely after work, and it's not a venue I'd be likely to get to otherwise.

I have been here before, nearly thirty years ago. Well to this site anyway. As the ground is on what was once the home of defunct London Spartan League outfit Beckton United, though I count this as a totally different ground. 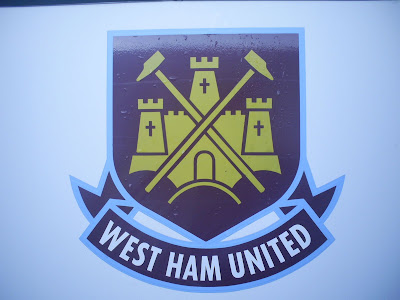 This is the entrance from the side road it's on, with the busy flyover behind. 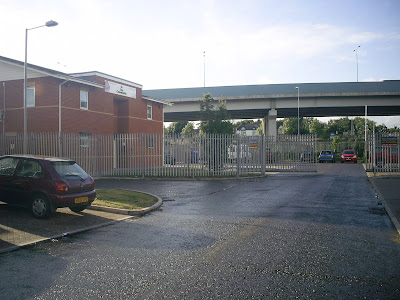 Hmm...not the friendliest of first impressions! Not that I'm too bothered, as I don't drive! 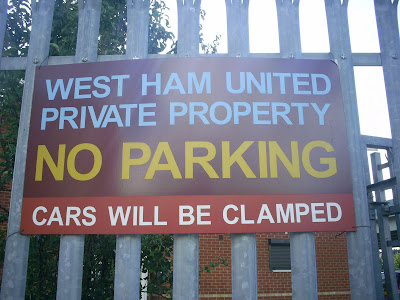 This plaque was on the wall, by the entrance to the Club building. Higgins Group PLC being the main backers of the West Ham United Community Scheme. 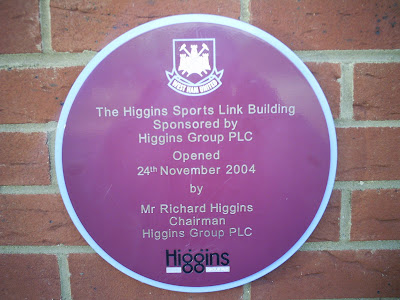 Behind the carpark you can see the remains of the 'Beckton Alps', built on the site of the old Beckton Gasworks. 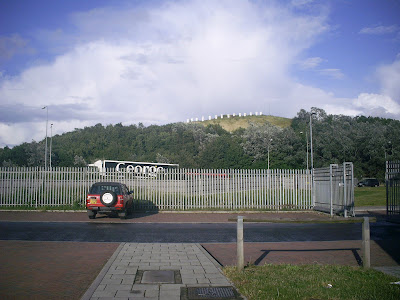 A Club vechile was in the car park. 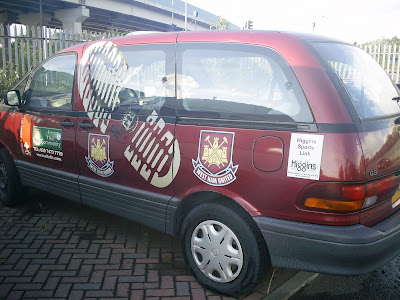 With a minibus next to it. 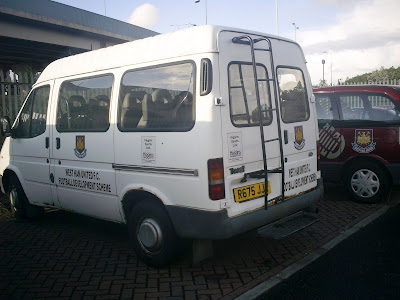 Inside the metal fencing surrounding the ground is this claret & blue pre-fab 'builders type' hut. It has tables and chairs scattered inside. Presumably some sort of temporary classroom type structure, for visits from schools and community groups. 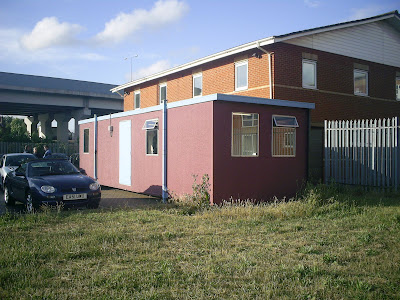 Here some of the players come onto the pitch, from the brick building behind, where the changing rooms are. 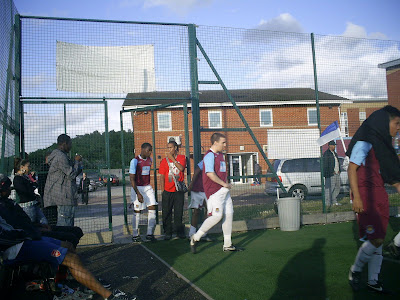 A bit of goalmouth action. 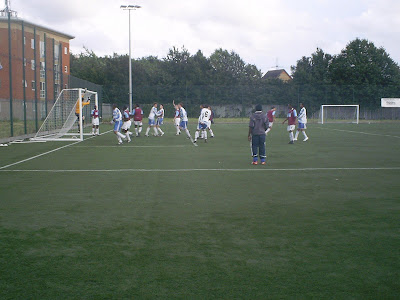 From the corner, by the entrance gate, we look across the pitch. 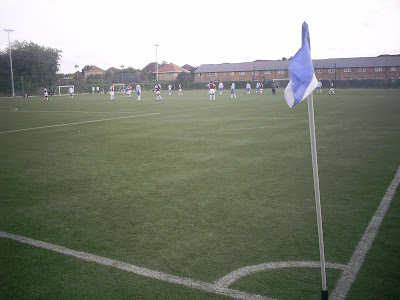 There was hard standing down one tochline, with a small group of groundhoppers nearest to us. 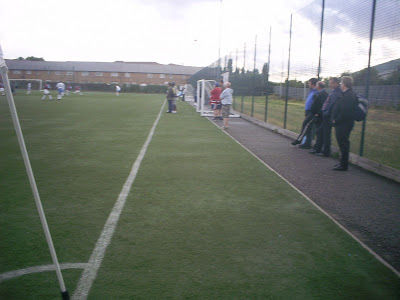 Oh well, that's your season over before it's started! ;-) 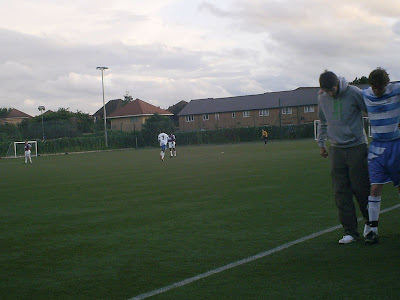 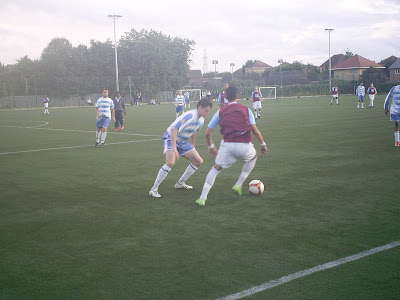 There was a large banner of "do's & don'ts" on the perimeter fence. Here is part of it! 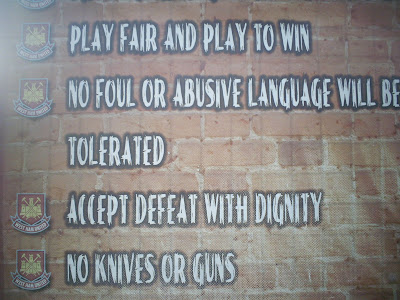 This is a view of the touchline along the far side. 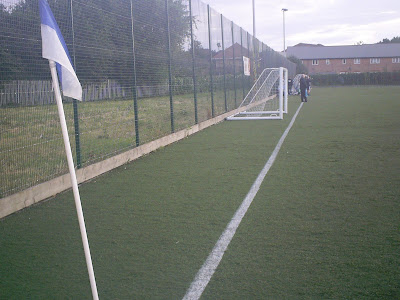 And a banner from the people who sponsor the West Ham United Community Project. 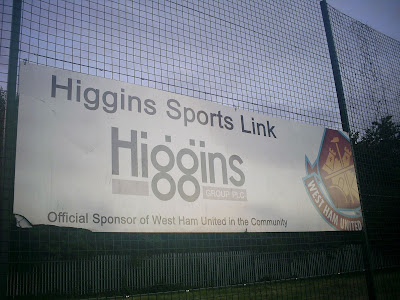 Here we look back across to the 'spectator' side. 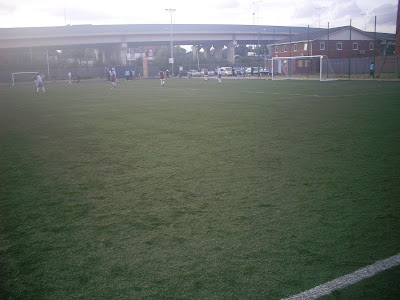 It was getting extremely overcast towards the end of the match. 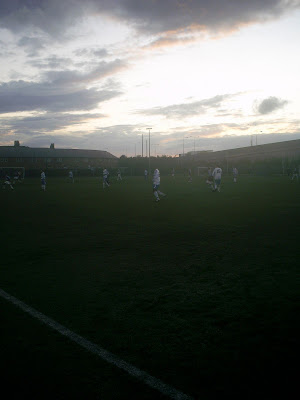 So the floodlights were switched on. 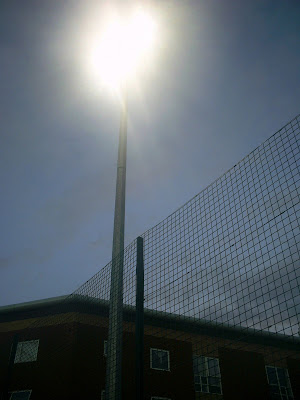 It was blustery, but I managed to get a slightly blurry snap of the corner flags. Canning Town FC play in the Essex Olympian League, & their reserve team use this venue. 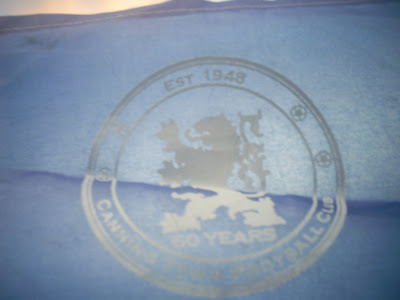 A look up the pitch from behind the goal. 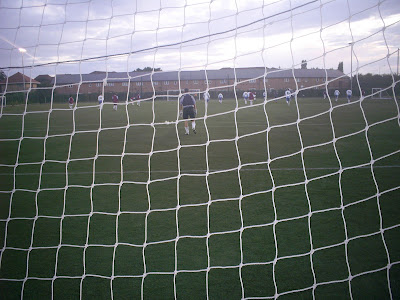 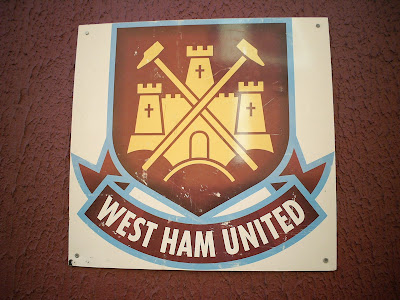