VC Lot Sportief wasn't actually a ground I planned to visit when I snapped it! But it's somewhere I always wanted to visit...let me explain, it's a 'Dulwich Hamlet thing!'

You see Lot is a small place, just outside Brussels, and the train flies through it when you go there. In the sixties Dulwich Hamlet were truly awful, I'm told (before my time!) One of our fans, Malcolm from Harlow in Essex, to this day refers to the Hamlet as 'a right lot' harking back to the team he supported then! I've always wanted to know if Lot had a team, and what their ground was like. Back in June I was in the Brussels area, and was looking at another ground, when I saw a bus going to Lot...and jumped on.

They appear to play in the third regional level of their local league, which I think, would make them level seven in the Belgian pyramid.

Anyway that's how I ended up visiting this ground, time for us to look round it! 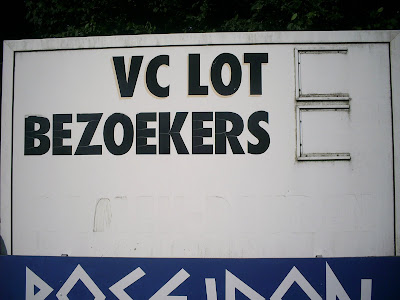 The entrance is on the main road, but I approached from this side road. 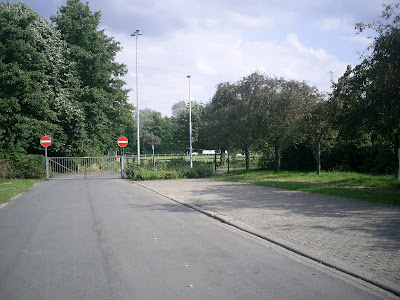 This brings us to the corner of the pitch, very basic, just concrete railed off. I wasn't sure what the building was on the far side, some sort of sportshall, with all the Club facilities inside. 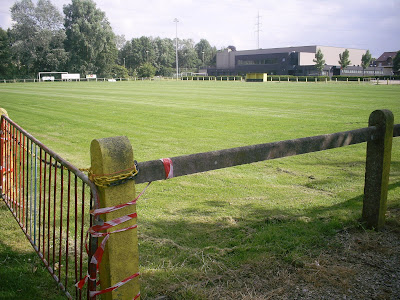 Grassed off, and well maintained. It looks nice in the summer close season! 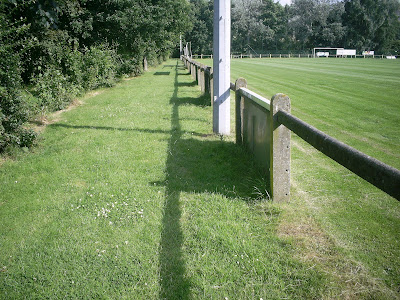 Pitchside, you can see plenty of advertising hoardings. 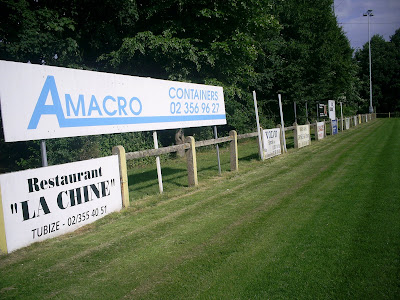 Open behind the goal, still railed off, with high netting behind. 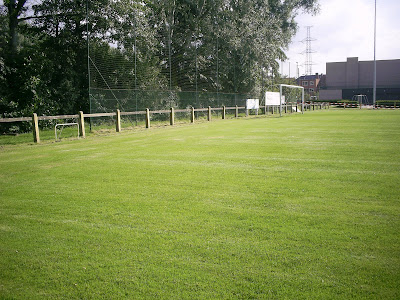 Behind those trees is a second pitch, going across at ninety degrees, which you see here. 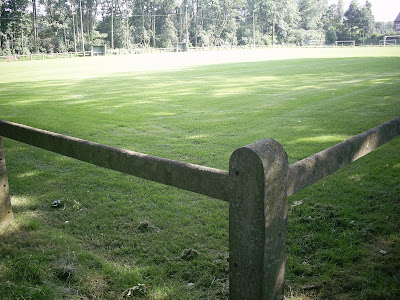 Here we look down the side of the second pitch. 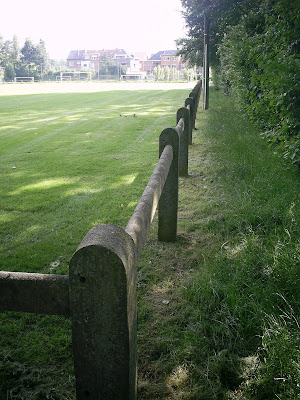 Back on the other side of the trees, to the main playing surface, and we're at the next corner, looking down the touchline. 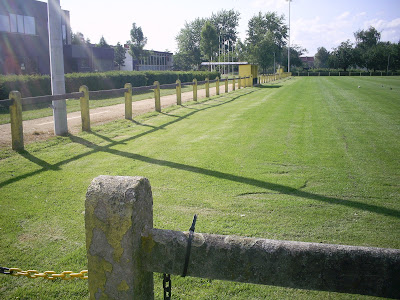 The dugouts are on the halfway line. 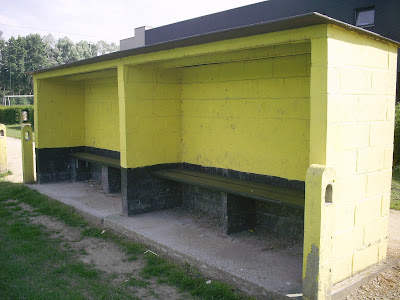 Hardstanding on this side, you can see a walkway, half covered, that leads back to the changing rooms. 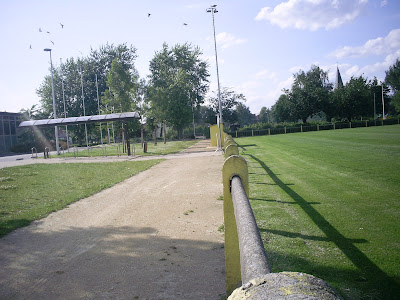 I took this shot for the only reason the sign was at such a funny angle! 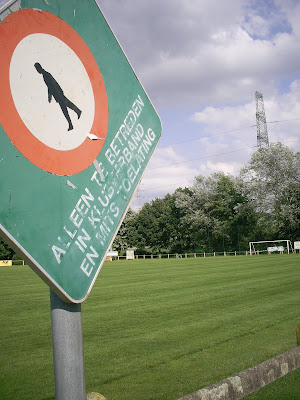 And here we are, finishing our circuit, behind the goal. The far corner being where we came in. 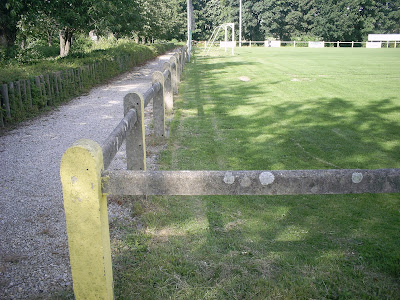 Set back behind this corner, the one where took the above photo, was this small modern work of art. 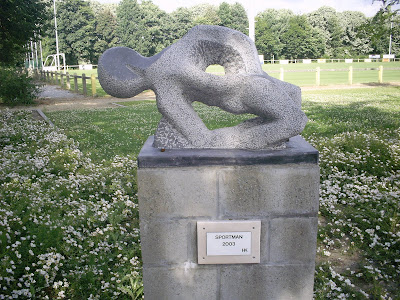 Leaving by the other exit there was this club noticeboard on the main road. 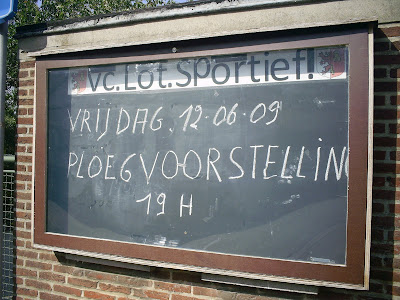 I have played there as a youth and on their first team I think I played my last game in 1993/1994 and I don't think the place has changed since then except for the clubhouse they build. I went back out there a couple of years ago and it felt like I was back as a U14 back in the mid 80s. The field has always been that well maintained as far as I can remember. Thanks for the pictures of the field I Played on as a kid and as an adult I live now in the USA and don't have the opportunity to go back as much as I would like.

Hello Yves, do you know me perhaps ? My name is Rudy Portaels and my nickname is the " Porre " I also played many years for VC Lot Sportief.My mail is aseurex@gmail.com

Hello Yves, do you know me perhaps ? My name is Rudy Portaels and my nickname is the " Porre " I also played many years for VC Lot Sportief.My mail is aseurex@gmail.com