St. Francis Rangers play in the First Division of the Suusex County League & are based in the town of Haywards Heath. I have not seen a game here, but popped into the ground to take these photos in October 2009. 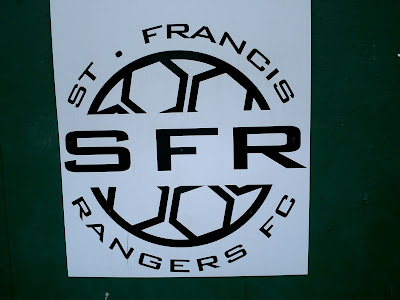 The ground is set in the land of a hospital, some of which I think has been converted to posh private housing. Behind the hospital site is the ground, and it is down below it. Here we look toward the ground, which is fairly basic. 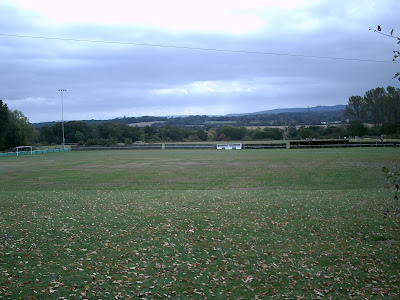 At the top of the approach drive is this hut. I'm not sure if it is connected to the football or not, the ground being a couple hundred yards beyond it. 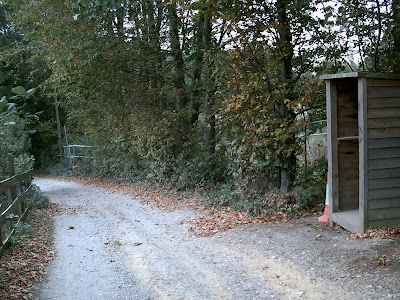 At the bottom you come to this building, which is the rear of the main club building, the front of which we will see once inside. 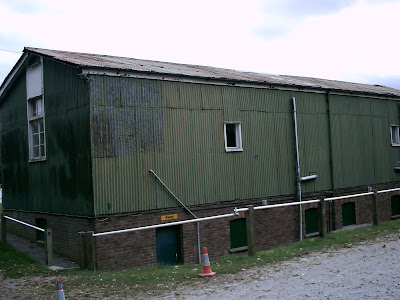 To the left of the above is this quaint rural type gate, which leads unto the ground, which you can see behind. 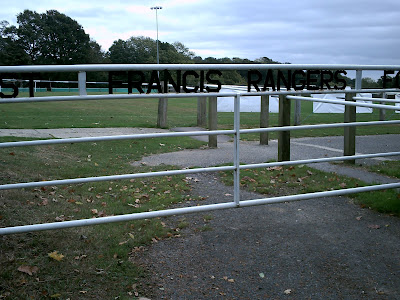 We are going to stroll round it clockwise, turning left. It is railed off with paving for hard standing to the corner. Up in the background you can see the old hospital buildings. 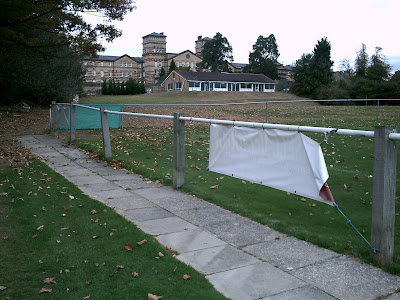 At the corner we look across the pitch, and down the touchline. There is no hard standing laid down at all, as to the left is the cricket square, with this part being the outfield in the summer months. 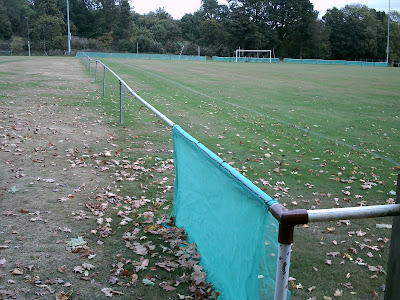 Before moving onwards we look back from the corner and see the front of the club building, which includes the changing rooms and a small bar area. 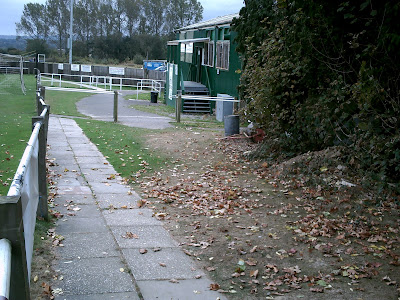 From the side we have a good view of the structure. 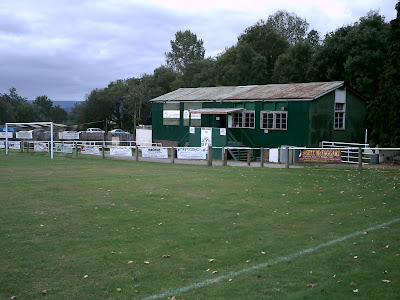 Now we're going further down the open toucchline, and you can see it is also very open behind the far goal. 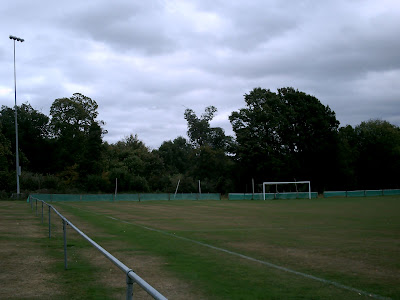 Along the open side each post is clearly numbered. This must be so they can be taken down for cricket & then put back in the correct place come the start of the next football season. 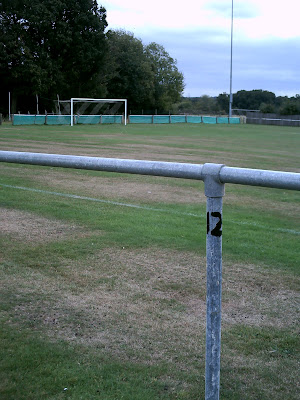 Set beyond the pitch is this training area, with rudimentary training lights rigged up. 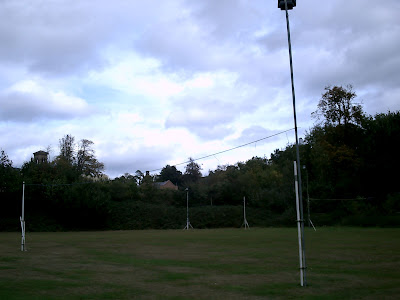 As stated behind the goal it very open, just railed off with grass to stand on. 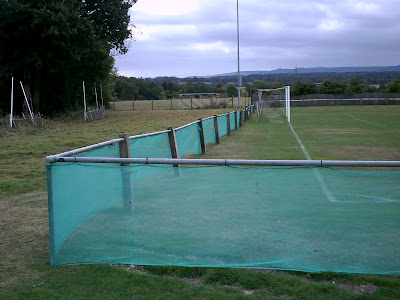 Set behind the goal, are these old remains, I would hazard a guess that once upon a time netting was put up here to try to stop wayward shots ending up in the trees. 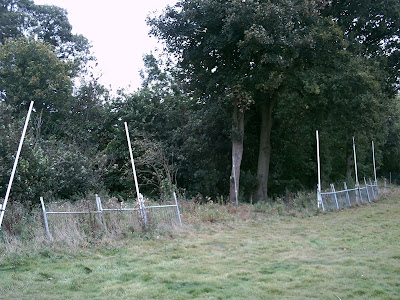 We are now behind the goal, and look to our left down the main side of the ground, where we can see the dugouts, and and area of cover beyond them. 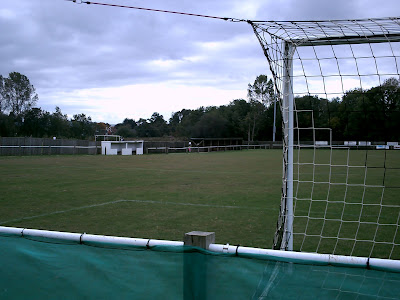 Directly behind the goal we look down the pitch. 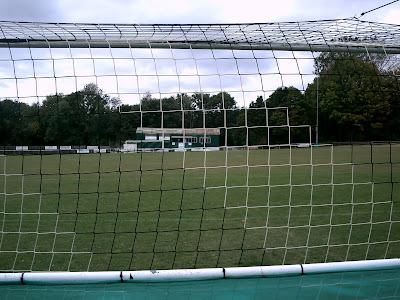 Almost in the next corner we glance back along the open standing, with the hospital buildings beyond. 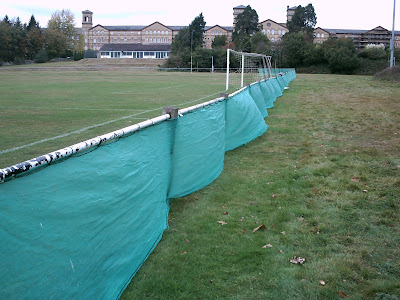 Down this side there is hard standing laid down. 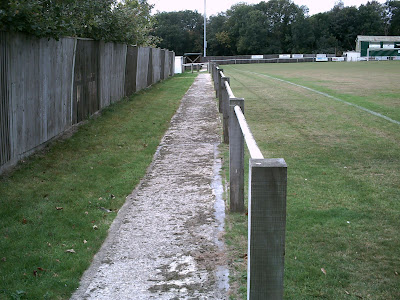 The path curves back, to allow for the dugouts by the halfway line. 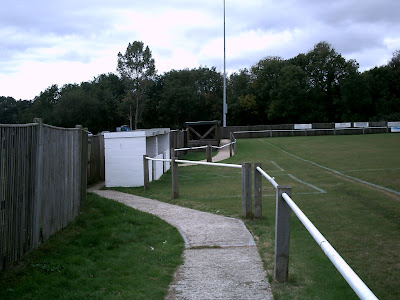 Here are the dugouts, pitchside. A little unusual in that they are the same structure, right next to each other. 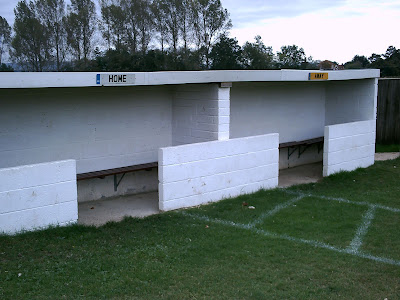 Beyond this is an another part of the ground with a bit of a difference. A small structure made of wood that is the covered standing area. 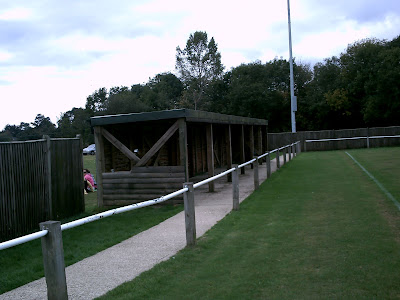 Here is a shot of it from in front of it, on the playing side of the perimeter railing. Underneath it the support beams holding it up at the front must be a bit of an obstruction if there's more than a handful of fans standing under it. 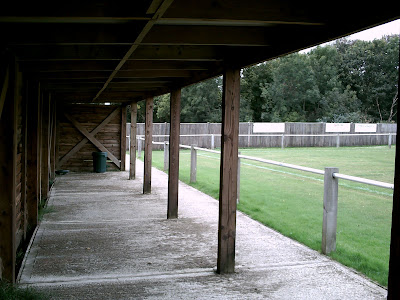 We're now looking over to the club building, the end where we entered the ground. 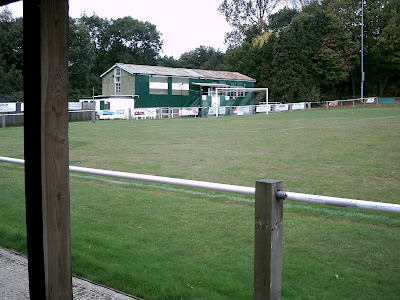 Glancing back down the touchline the beams block the angles somewhat. Despite that I do like this 'shed', simply because it is so different. 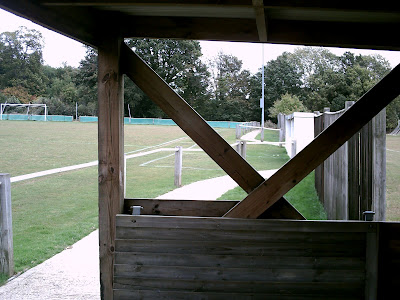 Moving on, there is more hard standing to the last corner. 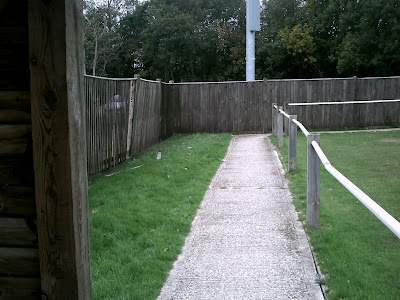 Finally back behind the goal there is more hard standing, to the maim building, where rails form a players tunnel. 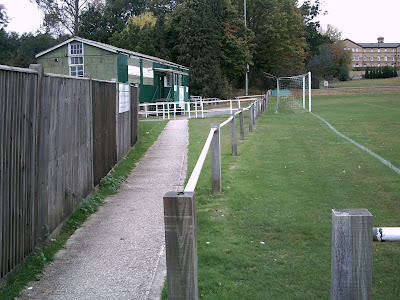 We look over the pitch to the open sides. 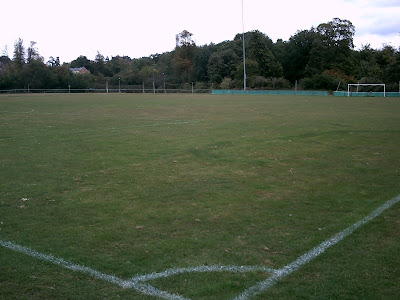 Almost at the main building now. 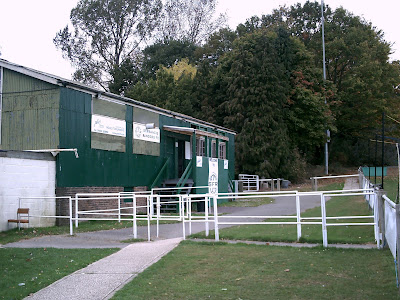 And back to the gate with the club name on, from where it is time to move on & leave. 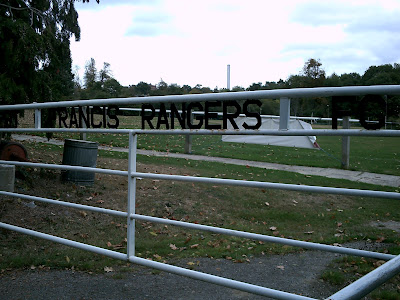 Came here with Croydon on Saturday when we beat St Francis in the FA Vase.

I liked the rural feel of the ground and found the officials welcoming.