I took these photos of the new Haverhill Rovers ground, The New Croft, on Saturday 1st May, having just seen the last match at their old ground.

It was still officially a building site, despite being almost ready, with the keys due to be handed over to the club a week or so after this. I did a full circuit around the wire mesh fencing surrounding the place, & only on my second circuit did I spot a gap, just wide enough for me to squeeze through, without 'breaking in'. As the gap was there I was breaking no laws, apart from civil ones for trespass. I had to be careful as there were dog handling security guards on site. I got in without them initially noticing, & go half way round before being spotted, hence only pictures of the stand across the pitch. But at least I can give you a 'flavour' of what the new venue is like.

Building signs still up outside. No club signs erected yet. 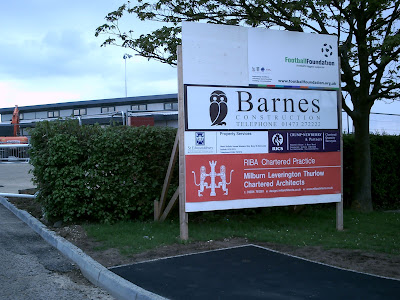 From the entrance you can see the new changing rooms/clubhouse complex to the left. The pitch is the other side of this building. 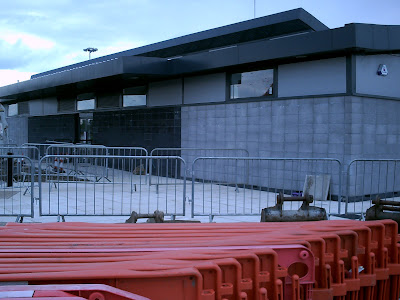 Here we see the other side, with the new stand beyond it. 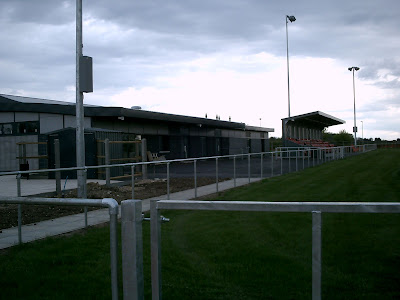 I head round away from the seats, so I can get as far round as possible before getting 'into trouble'! This is behind one of the goals, and seems to be the only covered area for standing spectators. 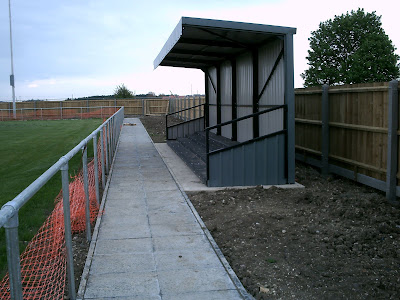 From behind the goal we look over to the main side. 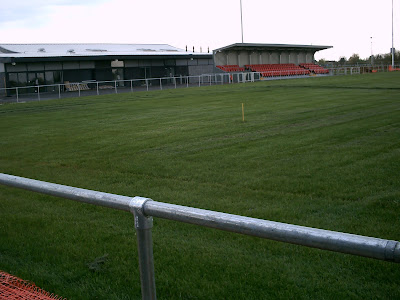 Hard standing continues to the corner. 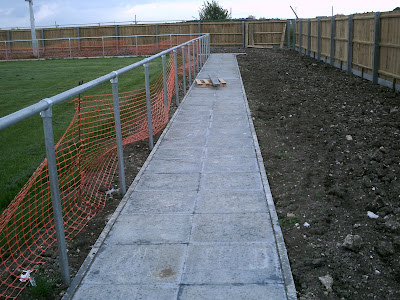 And almost certainly, ooh, maybe history(!), the first ever 'corner flag' shot of the new stadium! 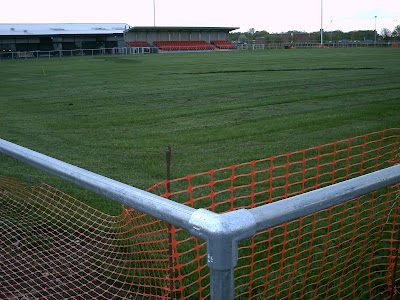 Turning round we look back down the covered end. 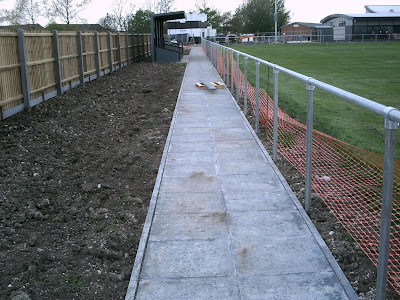 Hard standing down the side, with the dugouts there too. 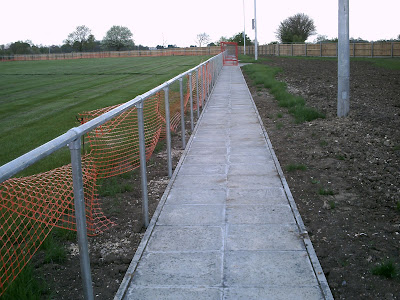 Here we look across the pitch to the seats. 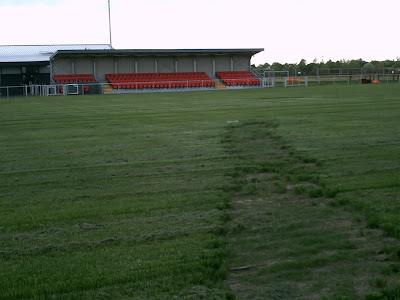 The hard standing had been laid behind the dugouts. 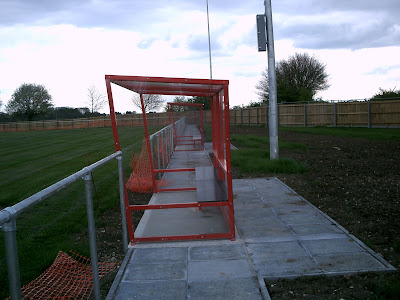 Here is a hastily taken shot of behind the other goal, but for all intents & purposes our tour is over prmaturely, as there is some crazy security woman with a big alsation shouting at me to stop where I am, and to not move! 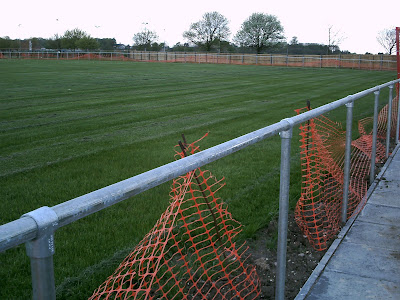 So one more snatched shot of the stand... 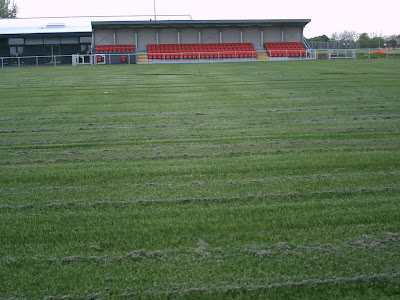 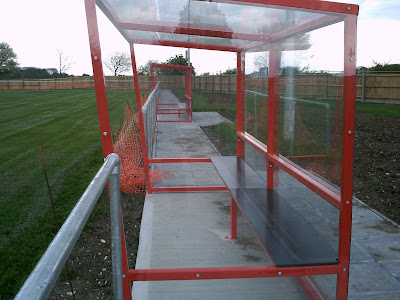 But that's your lot, as she escorts me off the premises, as I do my best to wind her up, telling her I haven't broken any laws, there was a gap in her fence, & that she's welcome to call the police! She keeps on repeating herself, & doesn't like it when I keep on saying i heard her the first itme, & ask her what laws I have broken!

She then gets the hump as I tease her even further by taking this snap from outside! ;-) 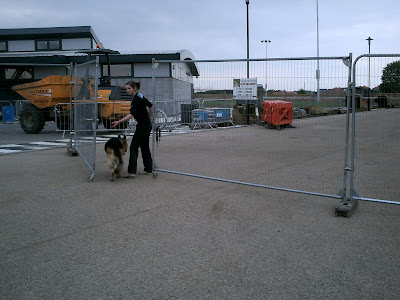