Letchworth Garden City Eagles play in the Herts County League. I've not seen a game there, but took these pictures after I had been to a match at the nearby Hertfordshire Football Association ground. There had been a charity match here at the same time, which I hadn't known about until I saw a poster in a shop window, walking from the train station. But I decided to go to the game I'd originally picked out, & not the one here, despite not having been here before. Which PROVES I'm NOT a groundhopper. What do you mean...you don't believe me? ;-) 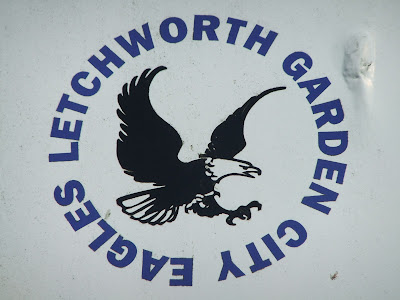 Here we see a banner,by the main road, advertising their charity match.
The pitch behind is not the main one, which is set much fiurther back. 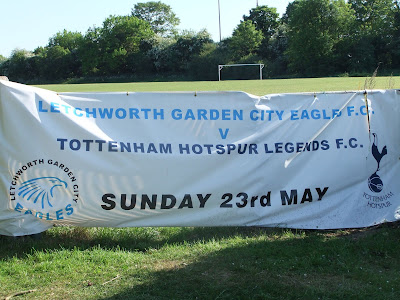 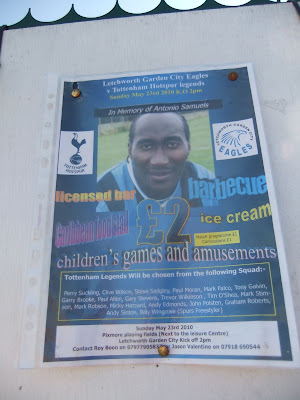 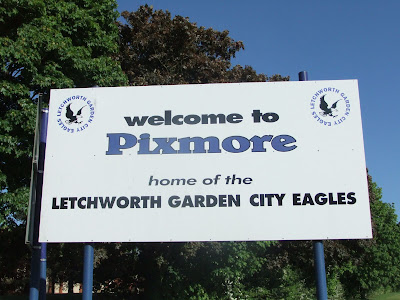 Here we are at the First Team pitch. As we enter we see the changing rooms & bar area ahead. This is along the side touchline. 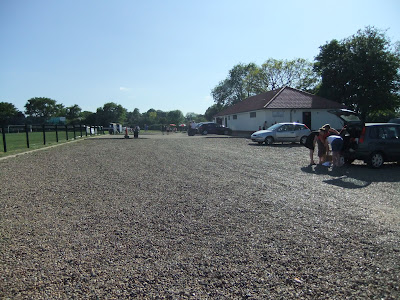 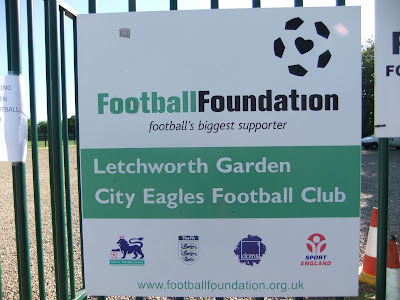 It's a very open ground, just taped off behind the goal. 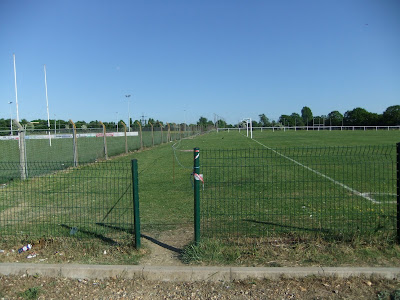 down the main side, where the buildings are, there is a mesh fence running down the touchline. 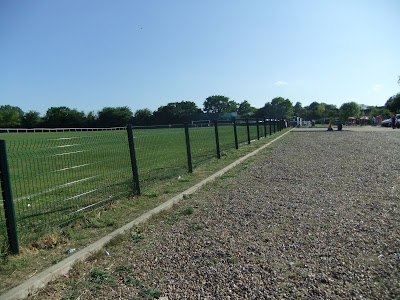 But, as i say, just taped off behinf the goal. 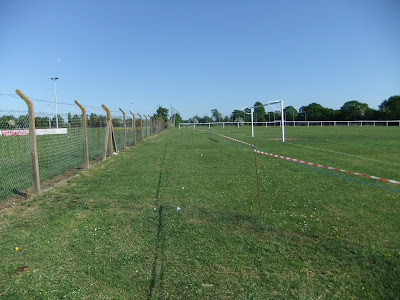 Along the far side, from behind the goal, we can see it is railed off. 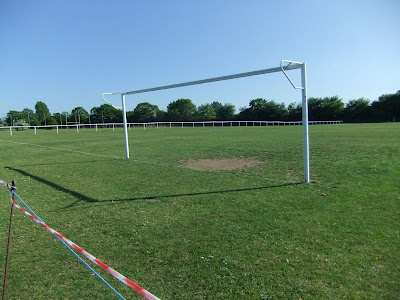 This extends the full length. 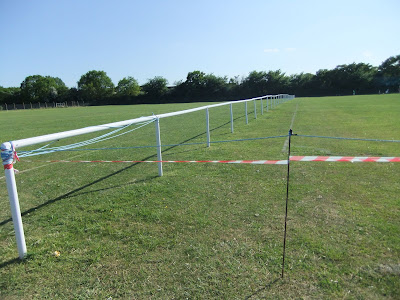 From this side we look across the pitch to the pavilion. 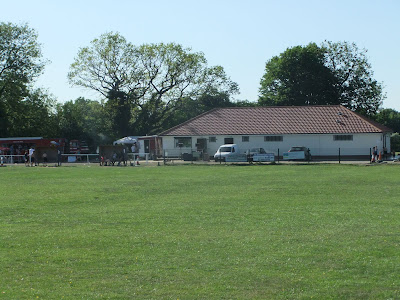 Here we look back to the taped off end, with the buildings behind being the local rugby club. 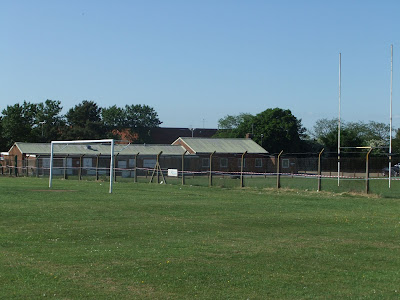 Just beyond the far side we see the floodlights from the Hertfordshire FA County Ground. 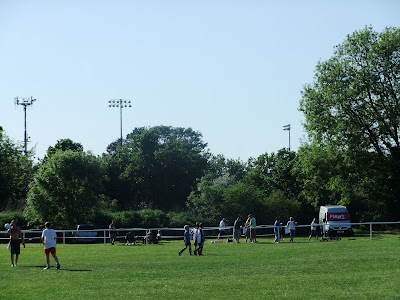 Down the far end ,we look back down the railing. 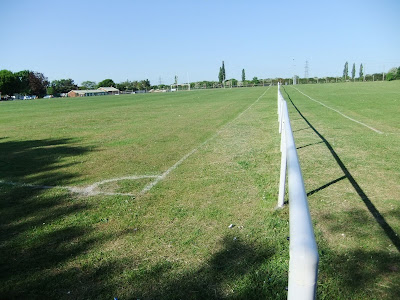 moving behind the goal, we're on our way round to the 'built up' side. 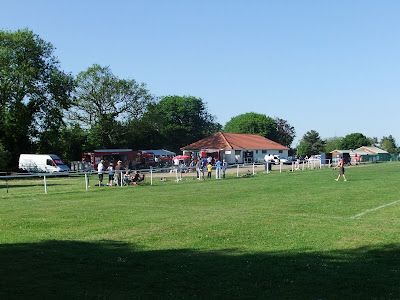 Behind this goal it's not even taped off. 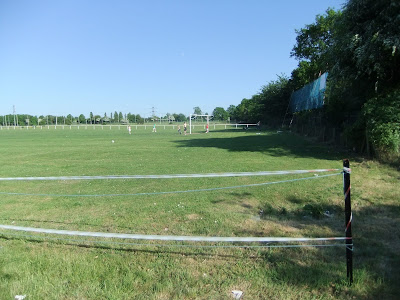 Though it is taped, then railed along the side. 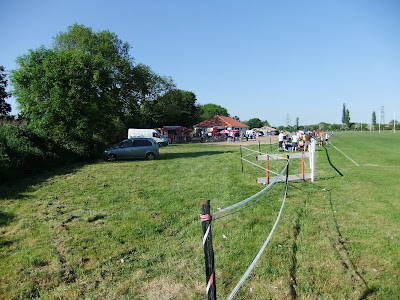 The railing is set back, to make room for the dugouts. 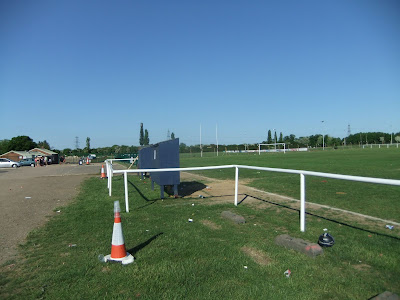 A slighty different design to your standard ones. And that was the rather basic ground of Letchworth Garden City Eagles. 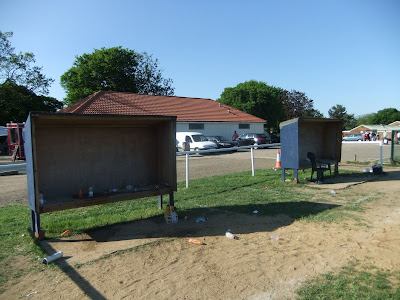 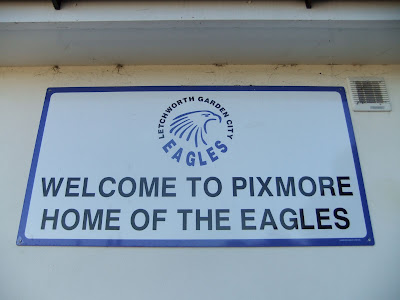