Central Park is the former home of Sittingbourne FC, who were based here for a decade, from 1991 to 2001. I was lucky enough to see a match here when Dulwich Hamlet Youth Team were drawn here in a John Ullmann Cup game during their tenure. They currently play at the much smaller & basic Bourne Park, adjacent to this venue.

It is currently home to greyhound racing.

I took these photos by 'sneaking in' through a gap in an a derelict bar area in the corner, which was once the football club bar. I say 'sneaked in' because I took these on Saturday 22nd Augsut 2010, & there was a dogs meeting about to commence, & I didn't want to pay to get into that, as I wasn't staying for the meeting, I just wanted to try to get a few snaps of the ground, so here they are.

This is the impressive entrance. 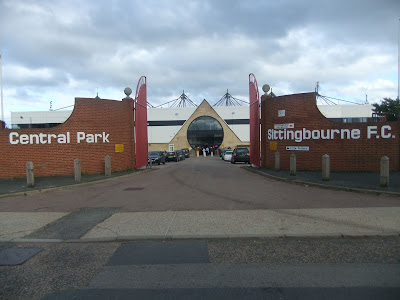 Club motto in the gates. 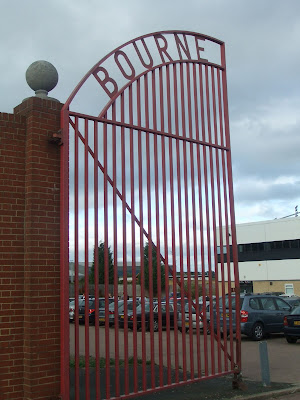 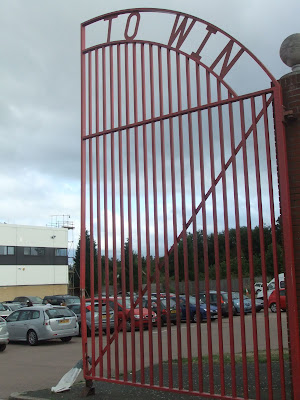 I am guessing this road was only laid down when the stadium was built. 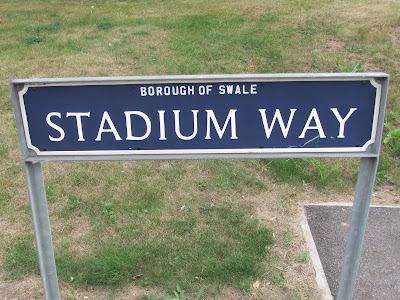 This sign points the way to the current usage. 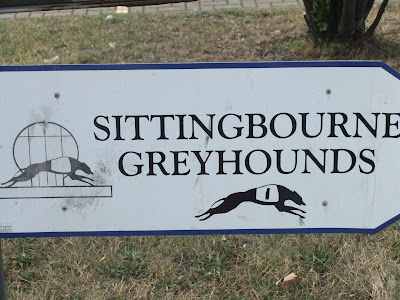 This is the back of the main stand, the current football ground, is down an access road, to the left of this picture. 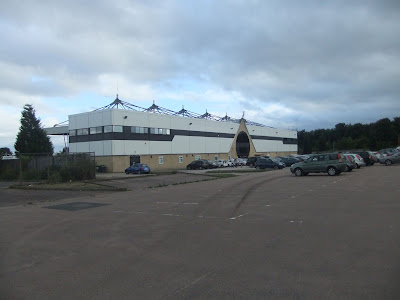 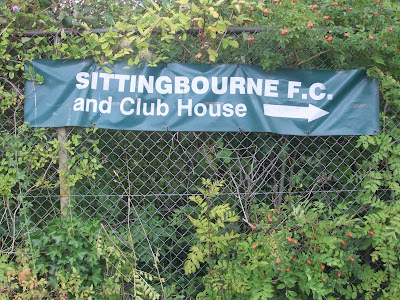 This leads down to the football. 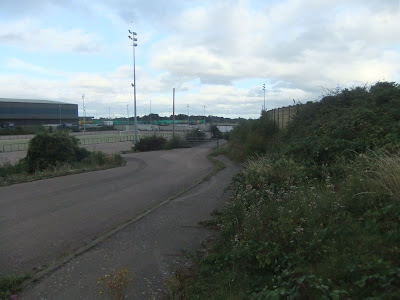 In the corner is this empty bulding, the old bar i mentioned. This is how we will get inside. 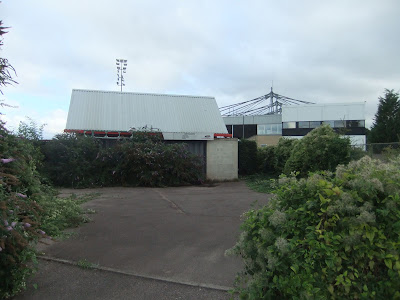 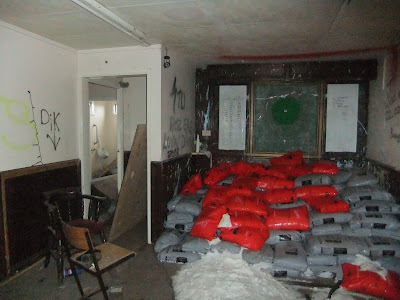 This was the old bar. 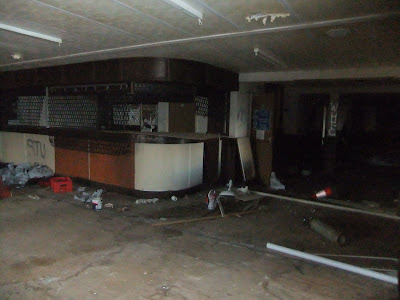 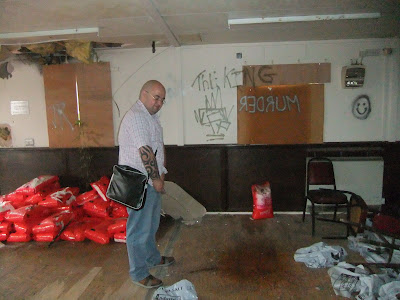 This is the balcony area in front of the bar, inside the ground. 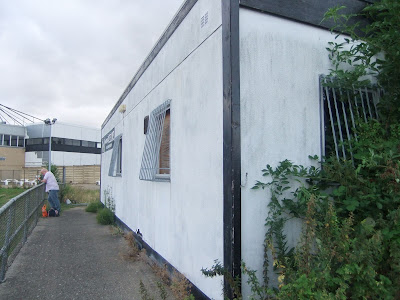 To our right is the main stand. 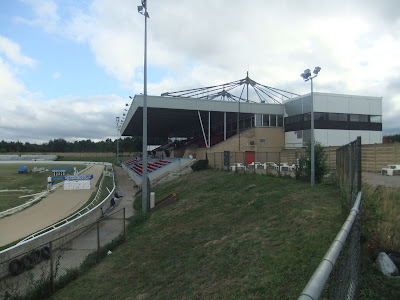 A similar shot, looking down the dog track, with the some open terracing at the far end in the distance. 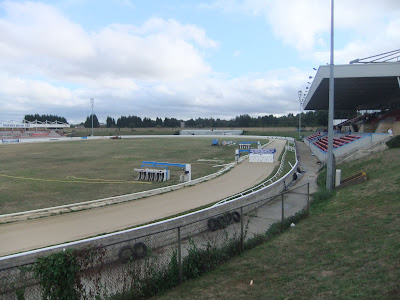 On the far side is a covered terrace. 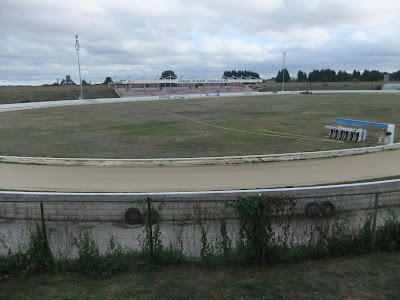 And to our left is an open terrace not wuite 'behind the goal', but on a curve. 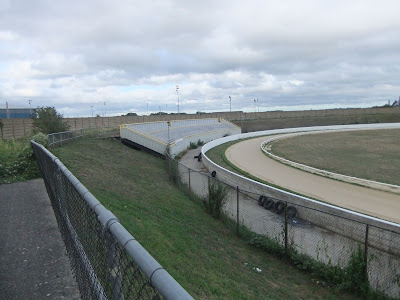 This is a close up of the main stand. I didn't attempt to get into it, as 'technically' we have just 'bunked in' to a dog meeting! 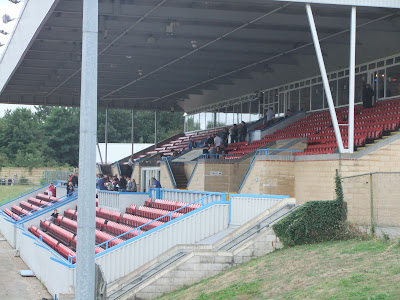 Here we 'zoom in' to the directors box. 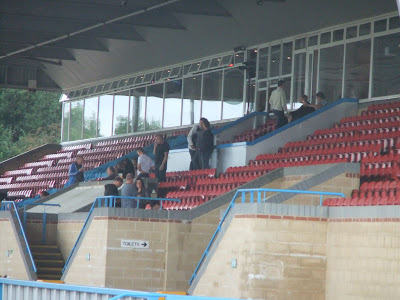 This is the large open terrace at the far end. 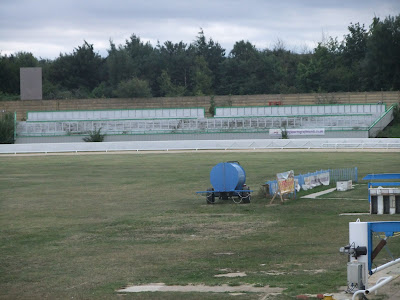 With the covered terrace on the far side. 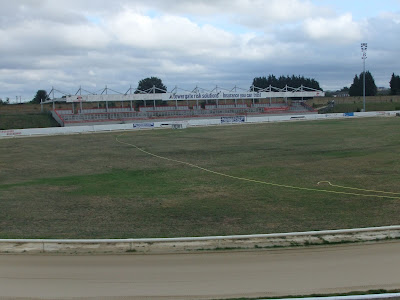 This is the terrace to our right, floodlights from the current Sittingbourne ground behind. 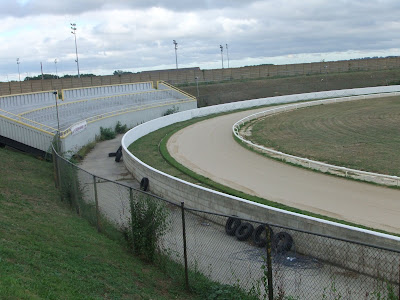 We move along to the curved terrace, & look across the old pitch. 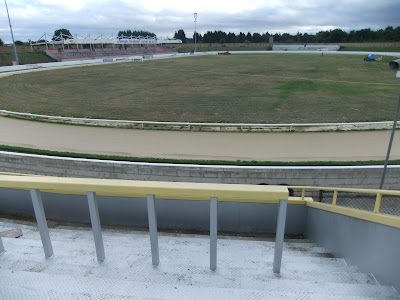 Here we look along it. 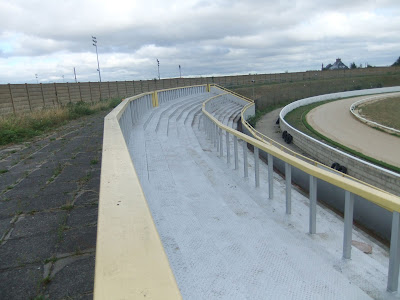 Andd round to the covered terrace. I don't risk going over there, as I don't want to get spotted by any stewards. This really was a case of 'get inside, take snaps & run!' ;-) 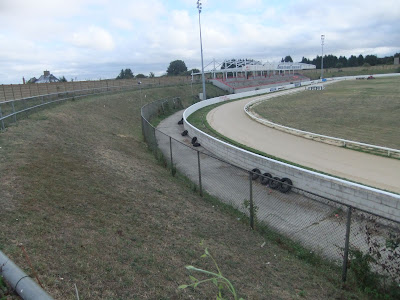 The impressive main stand. Hard to believe this once hosted Southern League football. 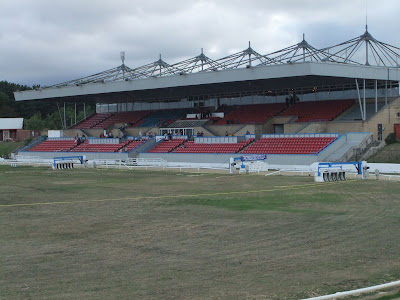 Another shot of it, with the open terrace included. 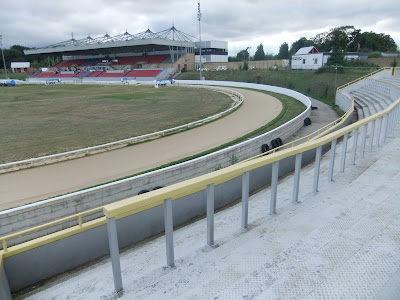 Another shot down the pitch, with both areas of cover either side. Ground covered, time to go! 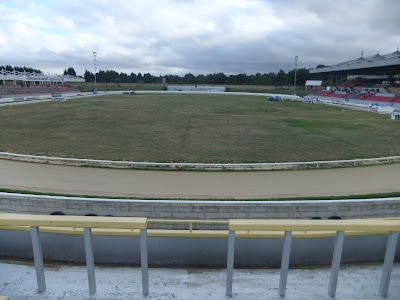