FC Andoy-Wierde play in the local leagues in the Namur region. I've not seen a game here, though I did play in a tournament held here, organised by the fans of UR Namur, in the summer of 2010. for the Dulwich Hamlet Supporters' Team. It is about 7km south-east from the actual city of Namur. 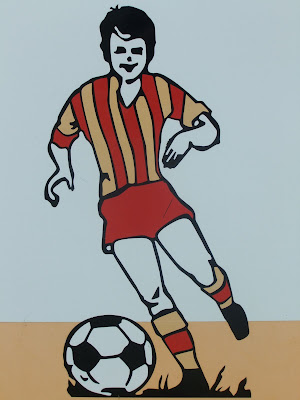 The changing rooms & clubhouse, which were on the road above the pitches, behind one of the goals. 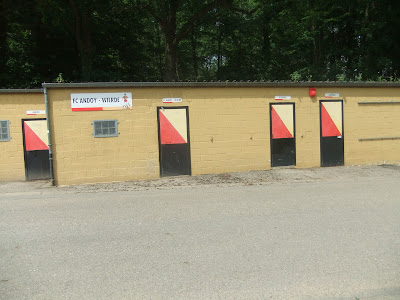 As you can see here, looking down to the pitch. 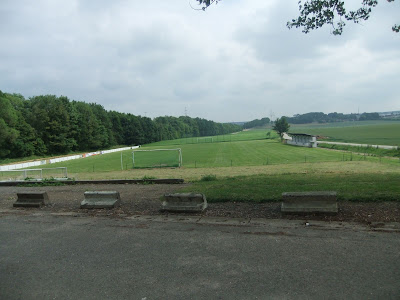 A grass slope leads down to it, and you can see a small covered area along the side. 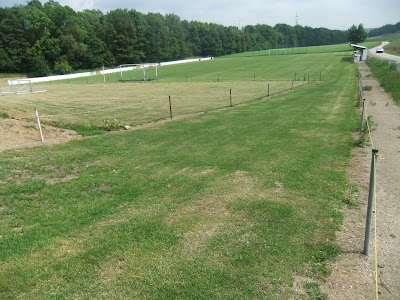 From the bottom of the slope we look back up to the club building. 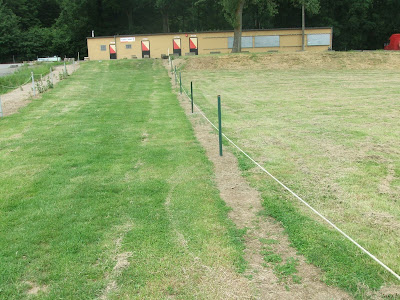 The pitch is roped off behind the goal. 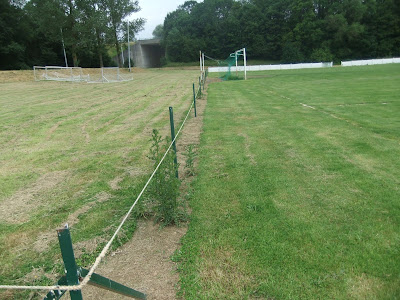 From this end we glance right, to the cover & dugouts. 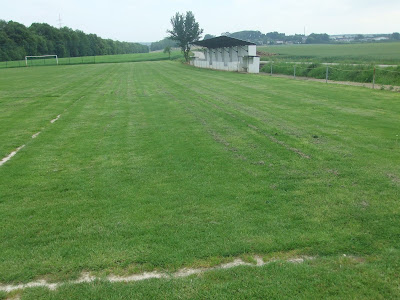 Along the other side, from behind the net, we can see it is fenced off. 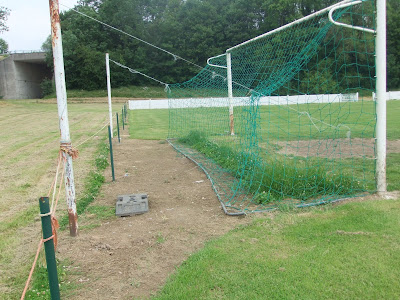 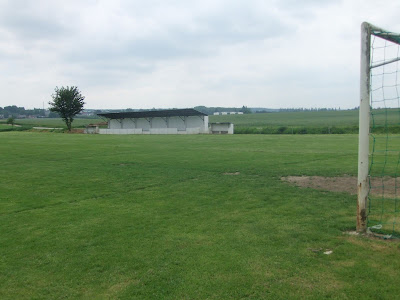 The far side is fenced off all the way along. 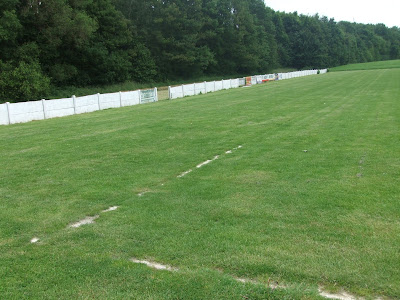 Just flat grass behind it, no hard standing. 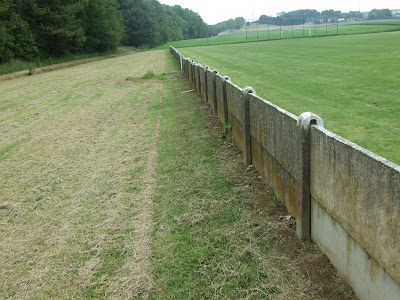 One of the hoardings is the Club one. 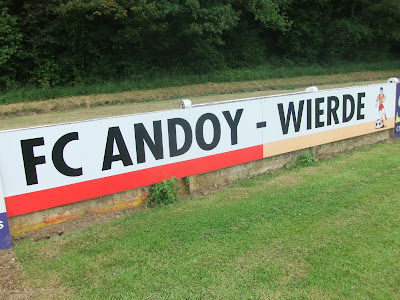 Though there are not many boards on the pitch perimeter. 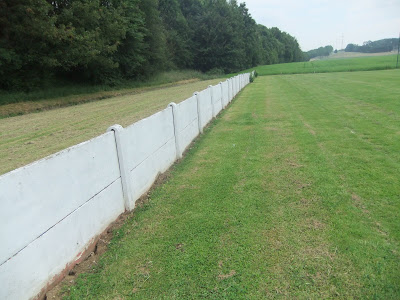 Nothing at all behind the far goal, apart from the field next door! 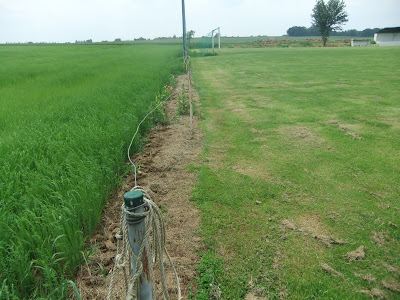 Back along the fenced side, with my friend Nicolas in the photo. 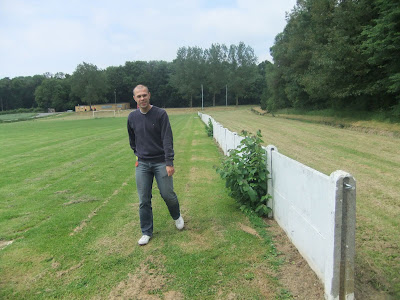 Clearly the mower can't get behind the net! 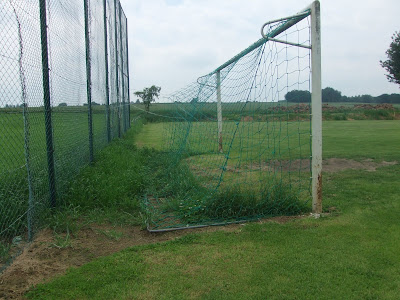 The covered side, where we're heading. 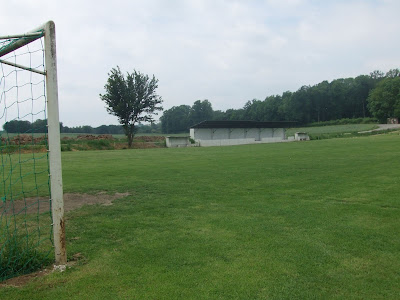 Down the middle of the pitch. 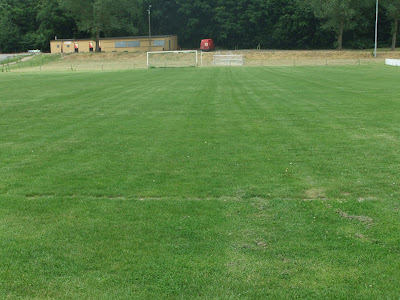 Roped off along this side, until the cover. note the road 'outside' the ground, no fence at all between ground & road. 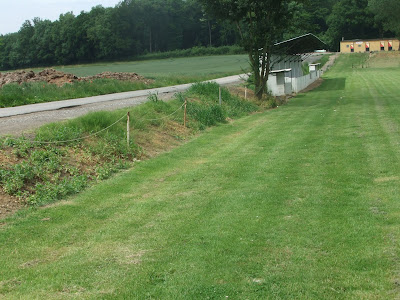 Now we reach one of the dugouts & the narrow cover. 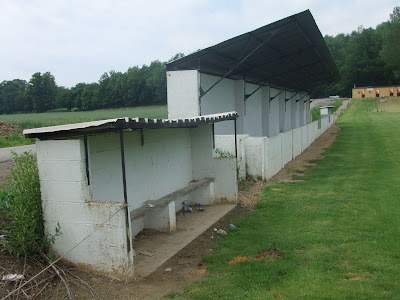 A solitary wooden bench runs the length of the stand. 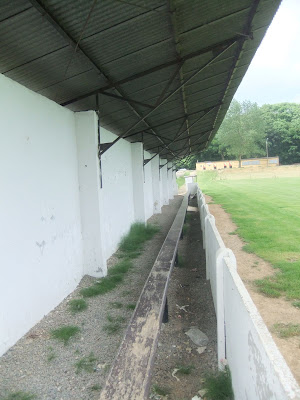 Looking at it, pitchside. 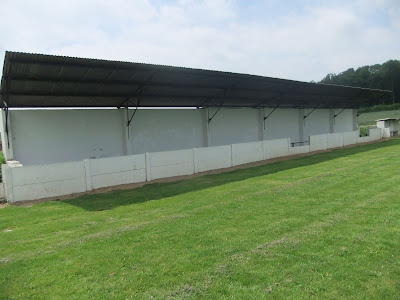 Past it is the home dugout. 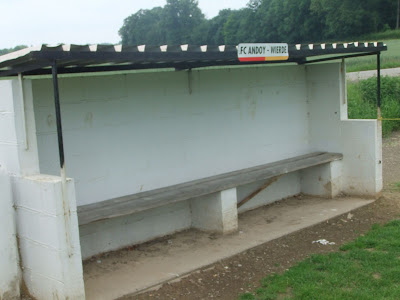 Beyond that are a few steps up to the road. I have no idea what the broken sign means. 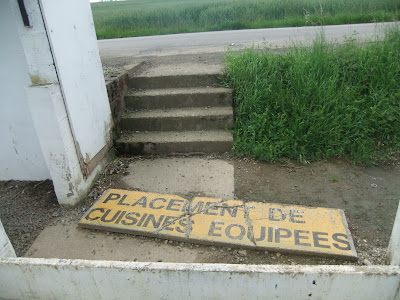 Past the stand this path that leads up to the club facilities is the closest there is to a proper standing area, other than under the stand. 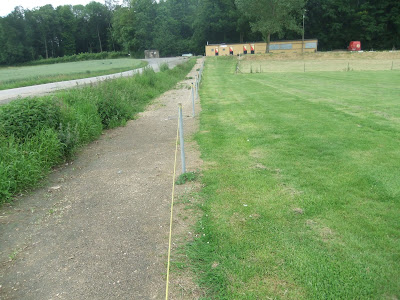 A couple of snaps from the tournament! 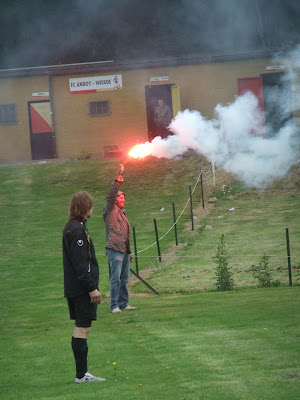 And our team..with some Belgian 'guest' players: 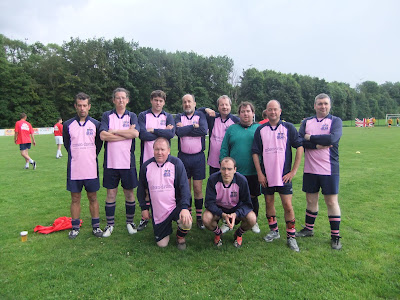 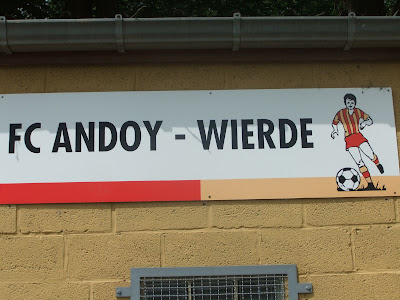