They are hoping for planning permission to return to their Cray heartlands in the not too distant future, having been formerly at Oxford Road, now home to Seven Acre & Sidcup, in the Kent Invicta League.

They have gone 'back to their roots' in the last few years, & played the occasional pre-season friendly at a local recreation ground, in St. Pauls Cray. This one was prior to the start of the 2011/12 season, on a Sunday afternoon & against Crockenhill.

The venue is a basic open public playing field, I do not know if it is, or has, been used as a lower division Kent County League venue by anyone else.In this picture we are standing on top of the grass bank behind the goal. Note the Cray Wanderers information tent yo the right, from where programmes were on sale, and the refreshment van. 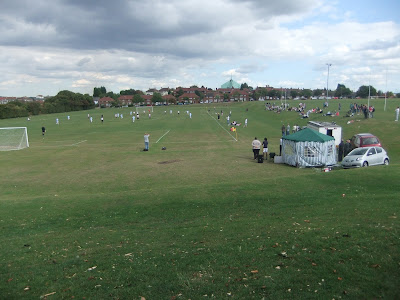 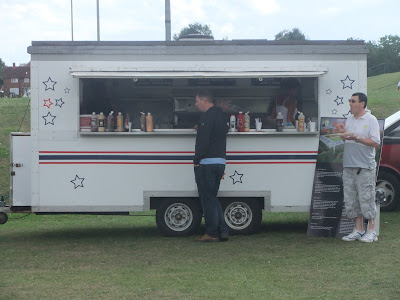 And the Club gazebo. 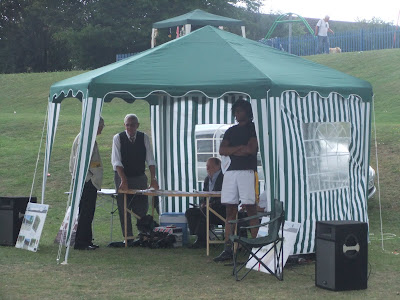 There was also a grass bank along the side, where most of the crowd were perched. 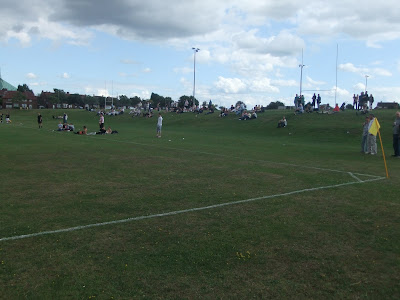 Including a number of groundhoppers. 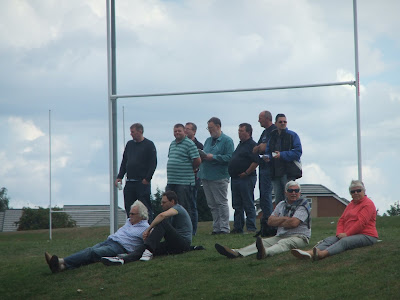 More of them here. 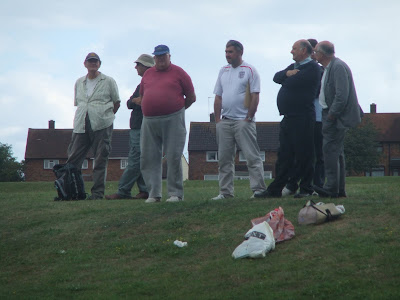 A few snaps from the game itself, and that's it really, I spent the afternoon chatting to people more, rather than concentrating on taking pictures. 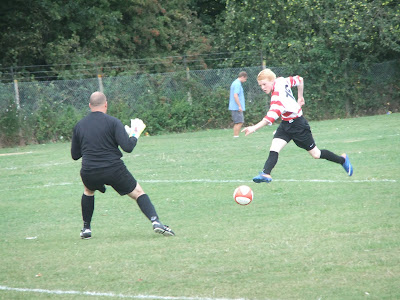 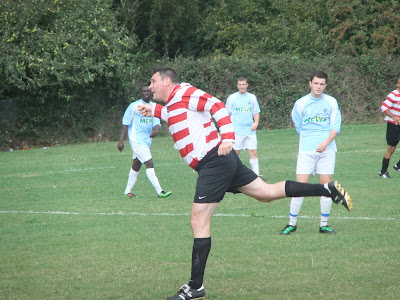 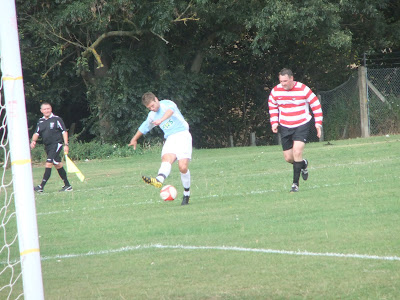 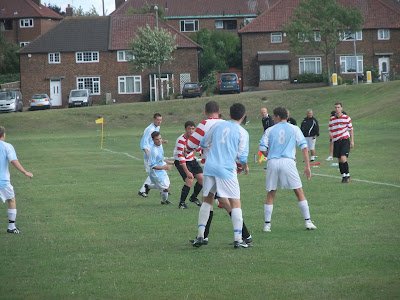 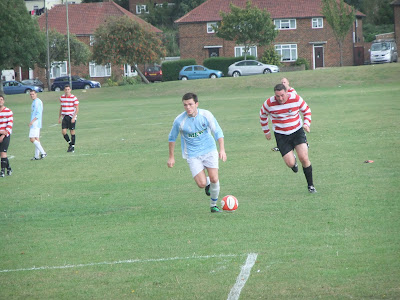 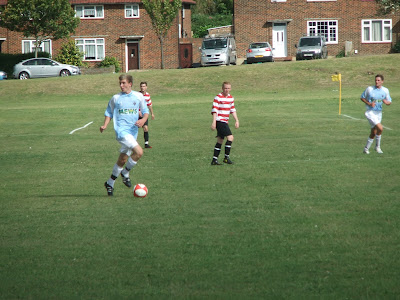