Widely accepted in Kentish footballing circles as the worst ground in the Kent League, Harrow Meadow,home of Greenwich Borough, is certainly not much to write home about! I'm not sure when I first visited here, but it was a good few years ago now. Over the years I've seen a number of Dulwich Hamlet pre-season matches against them, though never a competitive fixture. We even staged a 'home' pre-season here, on a Sunday, against Windsor & Eton.
Their main pitch used to be the 'second pitch' beyond the current First Team one. And adjacent to the current one a second pitch was being cut and marked out, which was to be the reserve pitch; with the one down the bottom let out for local football.
Sadly the future of this ground is currently in doubt, as Greenwich Council claim over one hundred and fifty thousand pounds is owed in rent! The land is sadly crying out for houses to be built on it. There may not be much here, but Greenwich Borough have been around since 1928, and i hope they survive here.
I took thes snaps at the end of May 2008. There was a man at work on the pitch, and he asked if he could help as I walked in. I asked if it was ok if I could take a few snaps, and he was fine. We chatted for a few minutes, and he was really upbeat about the forthcoming campaign. The enthusiasm was contagious. I said I'd pop along if I had a spare midweek date, and he said they might even try a Friday night game or two, to try yo attract some local support. Certainly, if you're a local non-league fan, you could do a lot worse than to pop along here & give your gate money to a grassroots club that will appreciate it. 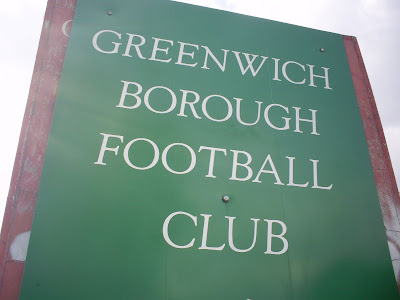 This is the clubhouse, which includes the changing rooms.
You enter the ground to the right of this building. 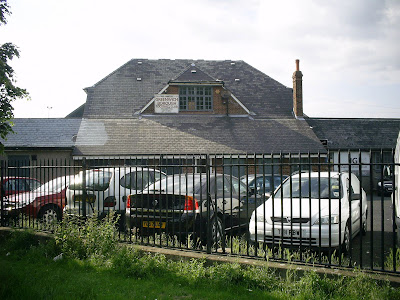 From the clubhouse end I will walk around the pitch in my
favoured clockwise direction. This is behind the goal at this
end. 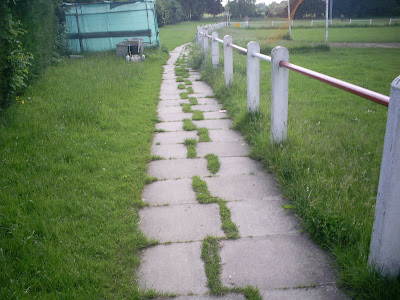 We move along the side, looking back to the club buildings. 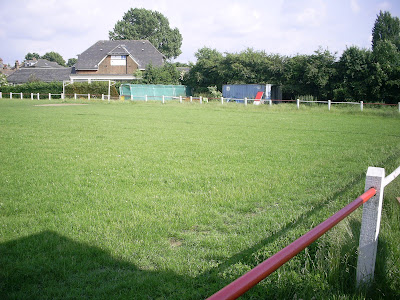 There is no seating at all, which goes against minimum
ground gradings. But when you compete in a league like
the Kent League with a shortage of clubs, I don't suppose
they want to forcibly demote anyone. There are two small
areas of cover along this side. Here is one of them. 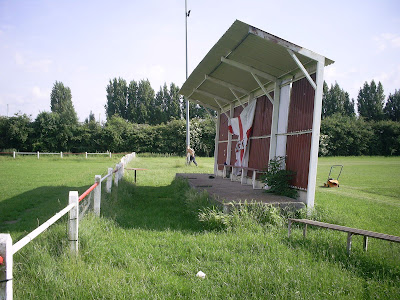 Here is the other one. Note the wooden bench, moved beside
the first one, and under this one. Maybe that's what does for
'seating' in these parts! ;-) 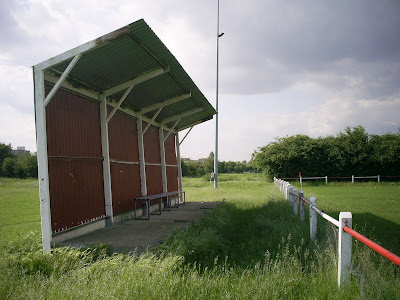 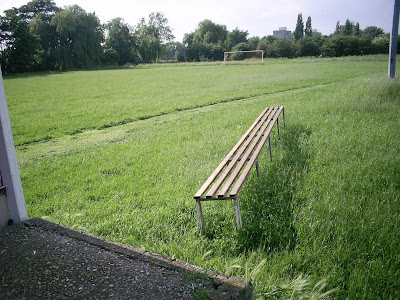 This tattered flag was hanging up on one of them. Presumably
left up after their big FA Vase match at home to Hungerford
Town, as local 'cup fever' kicked in! 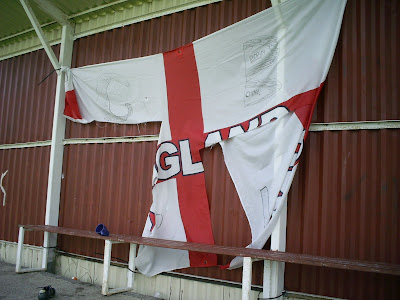 Looking back down the 'spectator side', with the second
pitch behind it. 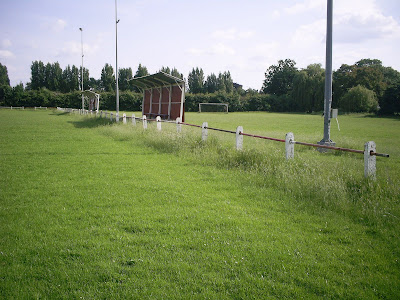 And looking from that second pitch over to the main one. 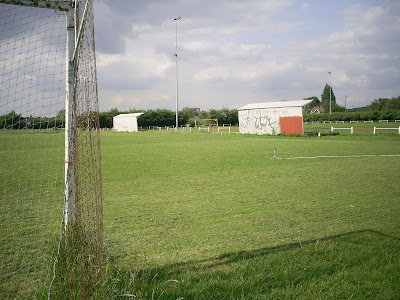 This is behind the far goal, not much room to stand behind
the barrier. 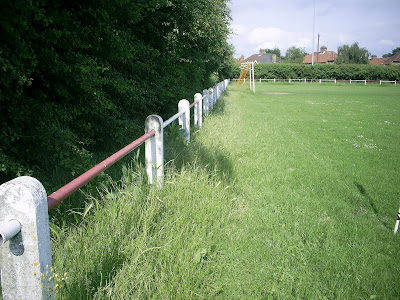 Behind those trees is the old pitch, which is where they used
to stage First Team matches, until it was deemed too far
away from the changing rooms, I think. 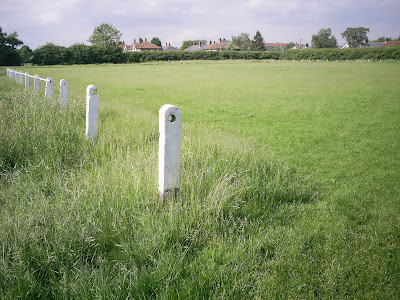 Back to the main pitch, behing the goal. It was a nice day
when I was taking these pictures. Clearly someone had not
been so lucky on a previous visit! 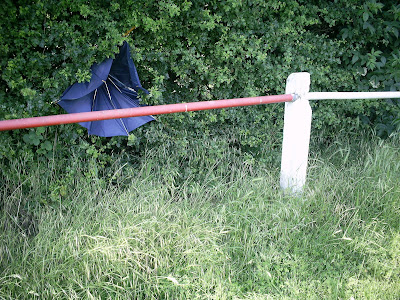 Again, no facilities down the full length of the far side, just
railed off with a path. 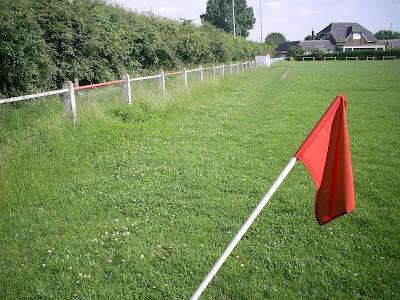 The dugouts are probably the sturdiest structure in the
ground! 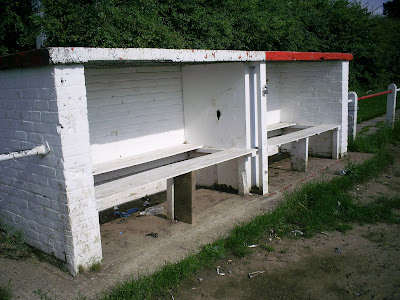 And that is Greenwich Borough FC.
Posted by Rabbler at 21:28

Despite being a dump, it is sad to see this ground has succombed to the bulldozers and is now housing on the new "Kidbrooke Village". Greenwich Borough now play at Holmesdale in Bromley and very little, if anything remains of Harrow Meadow.