I revisited the home of Atlantis in July 2009, & was fortunate enough to catch a game there.
I took a few more snaps, but I'd really covered it the year before.
I also got a some wonderful 'overhead' shots from the top of the Olympic Tower, at the adjacent Olympic Stadium.

This is the game in progress, with the HJK Helsinki stadium behind. 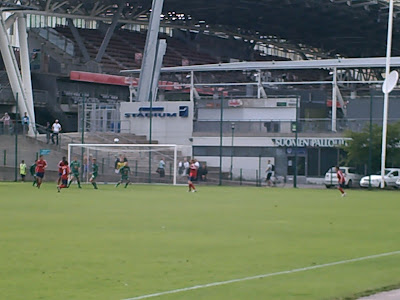 Looking arcoss the pitch, with the two teams lining up. 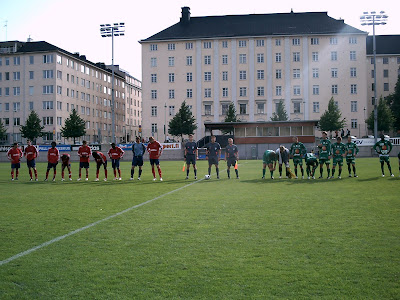 This is from the top of the twer, looking down on the open benches. 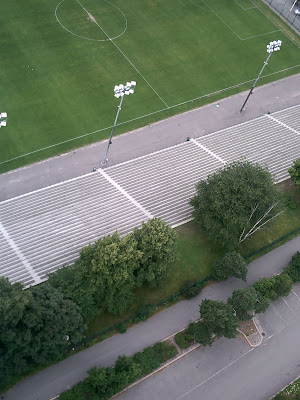 Here I manage to get the bigger Finnair stadium next door in the picture. 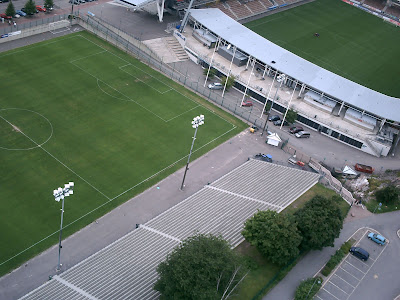 And in the final one I get the majority of the pitch in view. 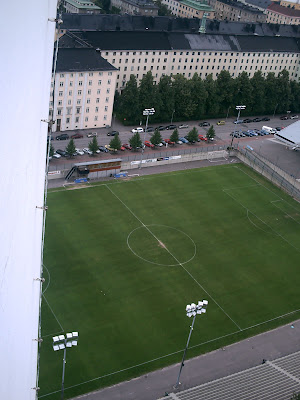 The rest,below, is my orignal posting from 2008:

First glance at this photo shows a basic football pitch. But it's a lot more than that. For this is Toolon Pallokennta; home of Atlantis FC. It is right next door to the Finnair Stadium; And has the Olympic Stadium above it.
There are teo pitches here, this is the one furthest away from the Finnair Stadium, and presumably the training pitch. 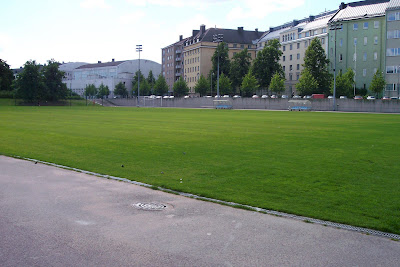 There is a large spectator bank down one side, this extends some of the way up to the second pitch, you can see the fence seperating the two in the middle of this photo. 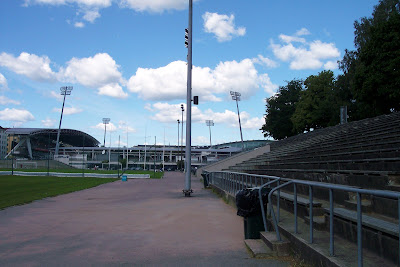 It is clearer in this picture, from up in the benches. 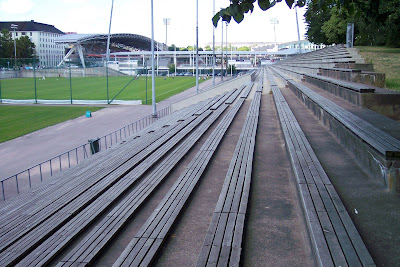 Here is a similar view, but further along, where you can see the Finnair Stadium in the distance. 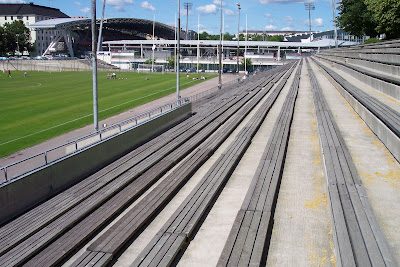 I am guessing this is the entrance to the changing areas, with the Olympic Stadium Tower behind. 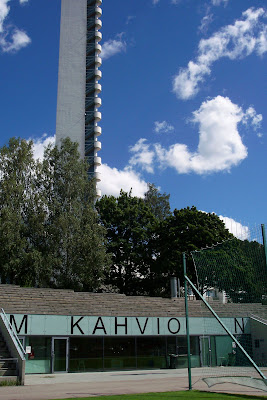 This photo gives a good view of the benches at the main pitch. 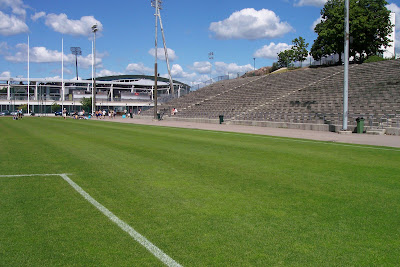 Just dugouts, and this observation building on the far side. 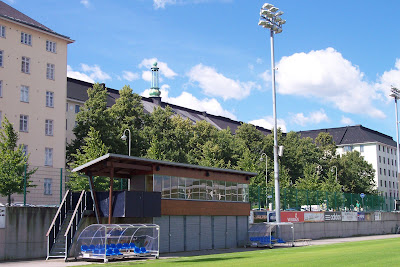 With the scoreboard in the far corner. 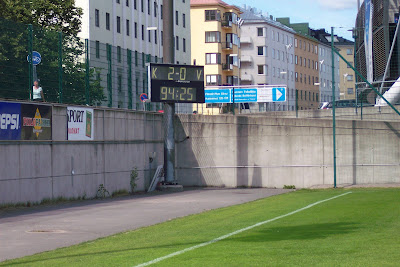 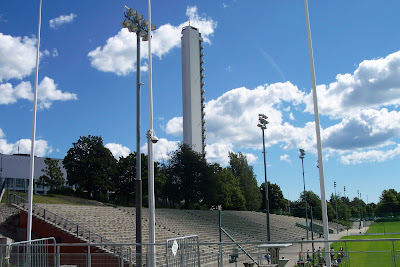