This was certianly the smallest of the main Estonian top flight stadiums. But one where I got lucky! I'd been out sightseeing, and it was early evening by the time I got here, a place I'd certainly never have found if I hadn't bought a proper Tallinn street map. What also helped was seeing an advert for a recent home match on a billboard in the town centre, which gave the street name of the ground.

But that wasn't the 'lucky' thing. I arrived just before six o'clock on the Tuesday evening, and as I approached the entrance I heard the shrill blow of two blasts on a referee's whistle to indicate the start of a game!

So I count actually count the ground as one I've been to, rather than somewhere I've just taken photos at! Marvellous! Hop, hop! ;-)

It was a youth game, one of the players spoke a little English when I tried to speak to him at half time, and he said it was a league match. (Though not which league!)
Though the ground is that of JK Kalju, they were not playing. The whites had SC Real on their shirts & ran out comfortable 5-0 winners. The other team in blue were JK Sillamae, from the crest of the badge of the player I talked to.

That's all I know about them, so if anyone can work out exactly what competition this match was played in, and who was the 'home' side I'd be grateful!
This was the advert in the street 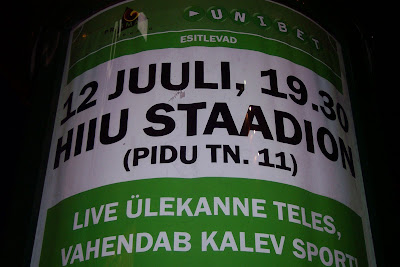 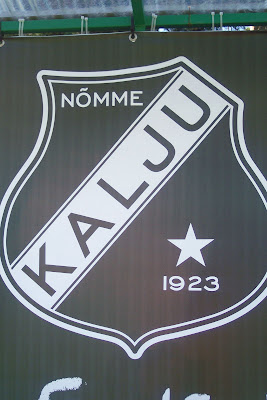 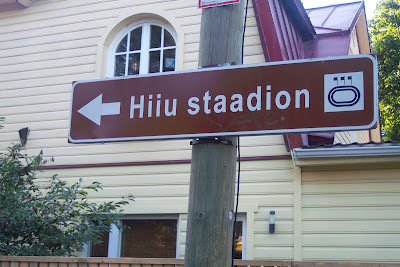 On the side of the changing room/grandstand building 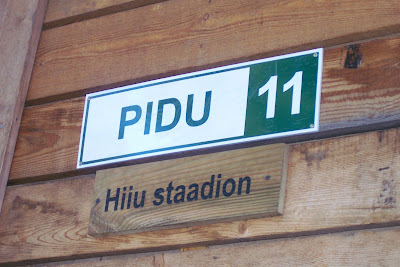 This is the view of the only real spectator facilities 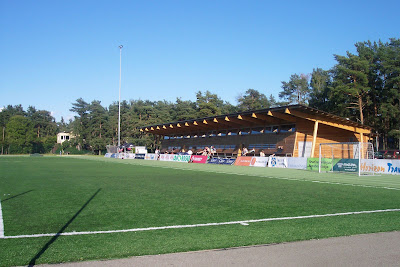 Just three rows of benches, but a nice design 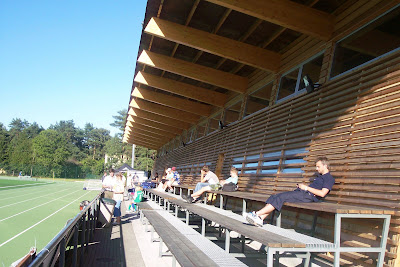 Presumably the ticket booth, by the gate. 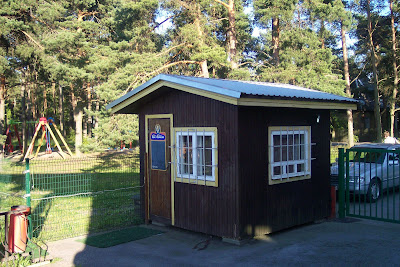 Past the stand there is clearly nowhere to view the game, round the track: 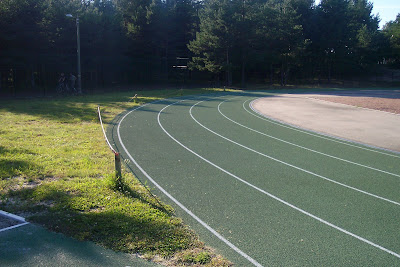 A view, from behind the goal, on the track, over the other side, towards the dugouts. 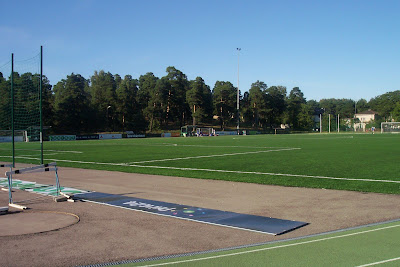 The dugouts down the far side. No spectator facilities on this side at all. 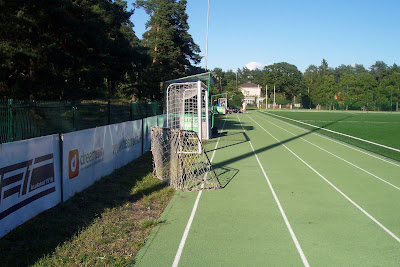 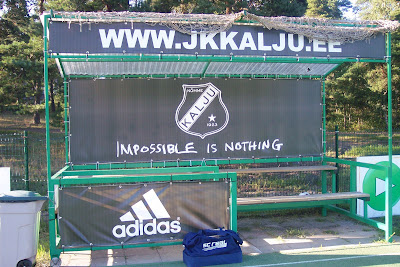 The scoreboard, not the most high tech! 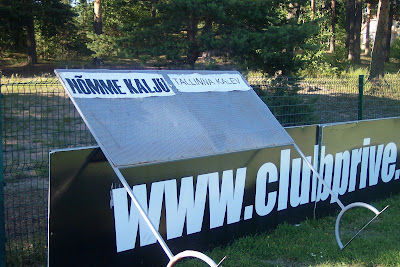 And this is round the other side, to the right of the ticket booth, as you enter. Presumably some sort of open air beer staff at JK Kalju First Team games. 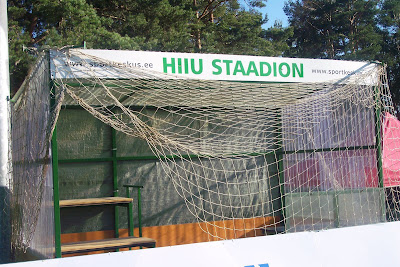 In the corridor of the building, which had club offices, toilets & the changing rooms, there was this shirt hanging up. 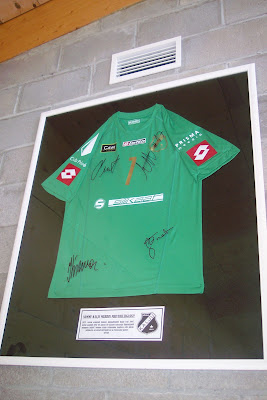 A glimpse of the ground and track, from where I took the earlier snaps. 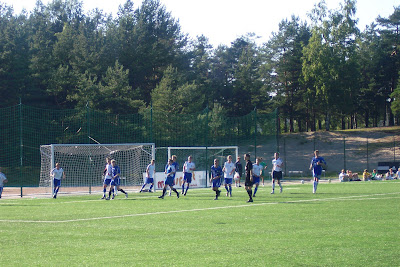 Note the wooded area behind. No need to pay admission if you don't want to! 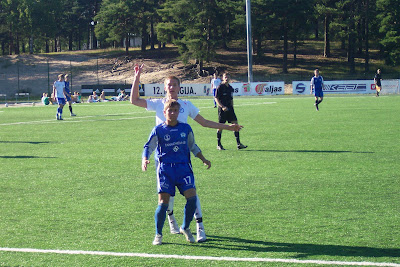 Here you can see there is also no facilities for spectators behind the other goal. 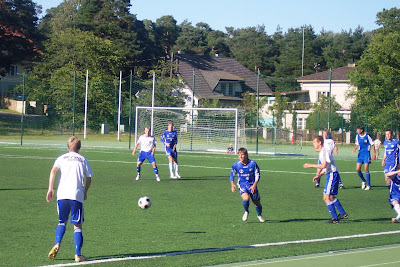 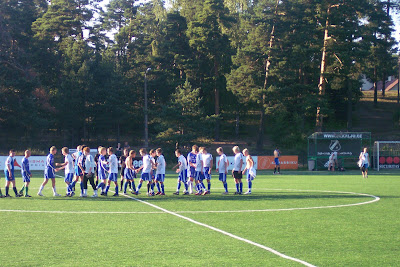 With one last view of the ground, looking in from the wooded area 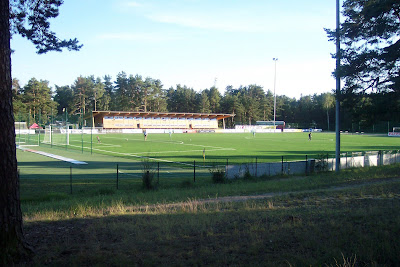 Haha, I live just over the wooded hill and down the other side. I can hear the ref's whistle from my living room when the wind is right and my kids occasionally go along to watch. It is a bugger to find and that's a fact.

Good luck with the groundhopping. Maybe you'll make it along to Victoria Park, home of Buckie Thistle one day. They're my home town team.

Your photos gave me the urge to look on YouTube and see what a first team match day was... not sure whether its as lively because they're giving Flora a pasting, but here's what I got:

And one of those fans in the main stand:

Phil:
doubt if I'll tick off the highland League venues, unless I win the lottery & can afford to travel every week! ;-)
Matt: I would have liked to see more of football in Estonia, it's a really nice country. Thanks for the links.

Rabbler, these photos hit a real soft spot with me for some reason, and seeing how things have developed it looked great.

Unfortunately it also looks like they're moving to another part of the city - a new ground at the Tallinn University for Technology in the not too distant future. Shame - this looks like a great little venue!