The FIM ground is the ground used by the Junior teams of HJK Helsinki, & adjacent to the main Finnair Stadium, with the changing rooms being below the stand behind the goal. I thinks it's true to say that none of us expected to play on such excellent facilities when we fixed up a match with the HJK fans! 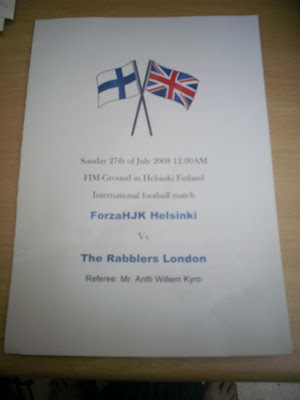 There were several steps of terracing down both sides, and these snaps were taken during a weekend long Finnish Amateur competition. 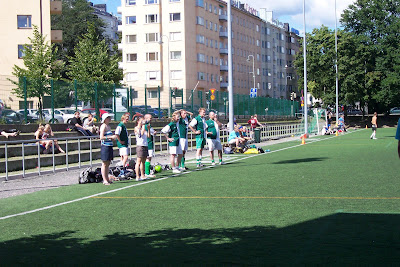 This is down the other side, note the sportscentre behind the trees. 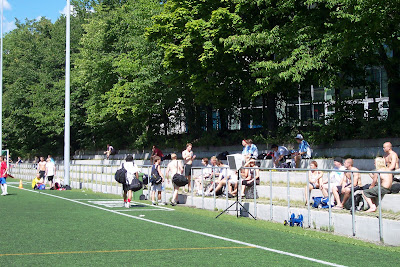 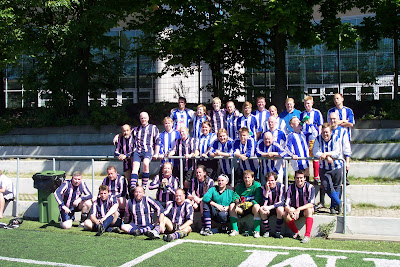 The other side of the sportscentre are two more full size all-weather pitches, but with no spectator facilities. This is a view looking down on them, from a footpath, on the way to my hostel. 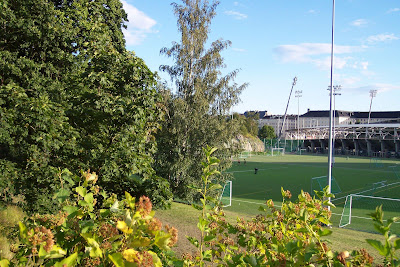 And another view a few yards along, with the Finnair Stadium behind. 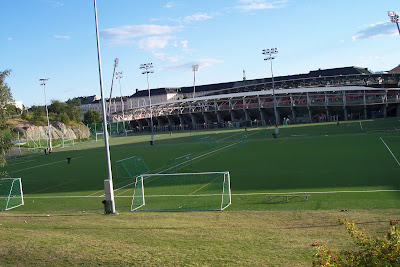 A look across these pitches, from inside the Finnair Stadium with the tournament in full swing. 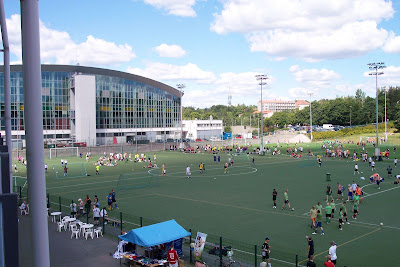 I happened to see this team, I wish I'd asked them who they were, it's so rare to see another team in Pink & Blue! 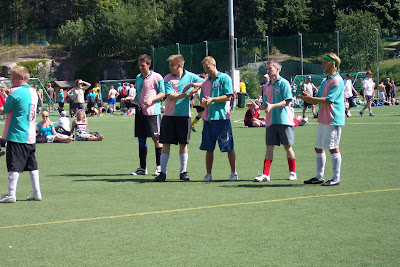