This lovely little athletics stadium is set in the park, behind the Olympic Stadium. I passed it on the tram into the town centre, and jumped off later to take some photos. I wasn't disappointed!
I could picture myself here on a lazy, long Finnish summer evening, as dusk doesn't seem to come, watching a provincial athletics meeting. Nothing could be more civilised unless ot was used for a football match!

Hopefully someone will be able to put a name to this palce for me!

I loved this wooden entrance. And amazed by the lack of graffiti or vandalism. 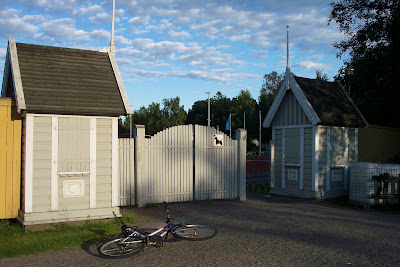 Going through the gates it looked basic as I turned my head leftwards. 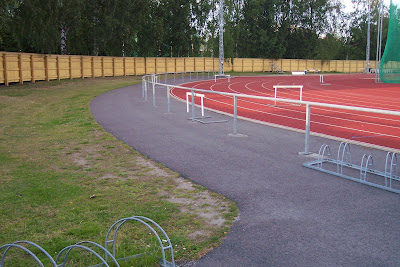 But glancing in the other direction...beautiful! A little wooden stand at the far corner, with a traditional pavilion in between! 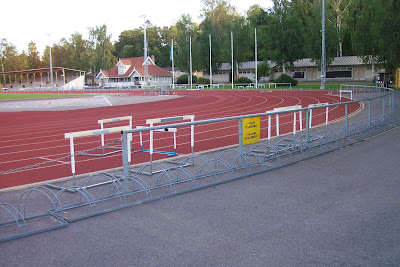 This was a recent poster on a noticeboard, I was hoping this was the name of the track, but having just goggled it no such luck! 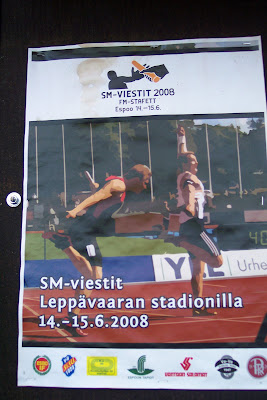 Plenty of flat stnading for spectators down the straight. 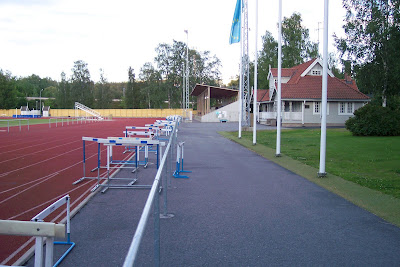 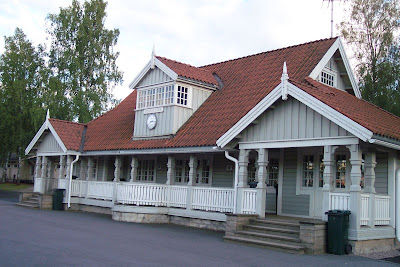 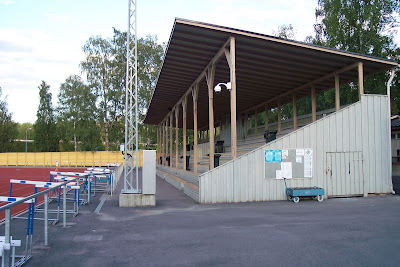 Smart & clean, wish it was a football stand! 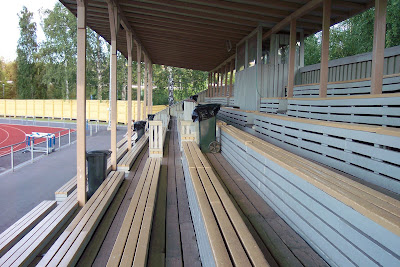 At the far end is another entrance similar to the one I entered from. 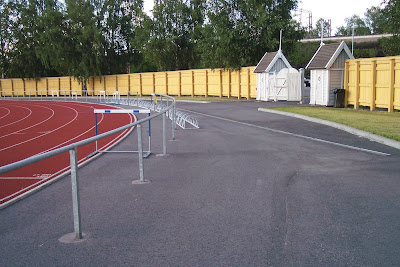 And a superb view of the stand from the bend. 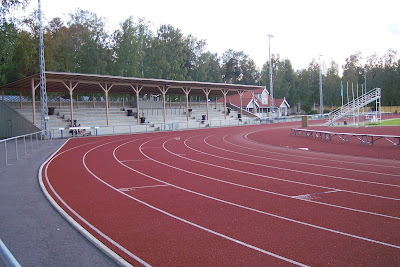 Along the other straight is some open benches. Who on earth would sit here, rather than the wooden stand? 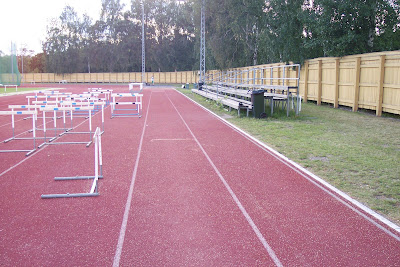 And finally a glimpse across the pitch, sadly no football markings on them. 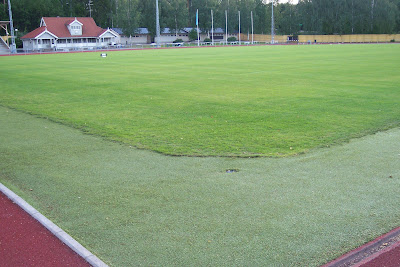 From the description of the ground location in the Olympic Park and the tram route it sounds as though this may be the Eläintarhan urheilukenttä (Finnish) / Djurgårdens sportplan (Swedish) / Zoo Field.

Looking at the page on Wikipedia in Finnish, the pictures match too. You can translate using Google, which comes out a bit garbled, but it says the stadium was built in 1907-1910 (Finland first competed in a full Olympics in 1908, and had their first separate delegation at the opening ceremony in 1912), so this track will have hosted athletes like Paavo Nurmi and Hannes Kolehmainen, and also hosted HJK's early football championship winning team.

It was used as a practice and training venue for the World Athletics Championships in 1983 and 2005.

Thanks for this important info Dave, & the email you kindly sent me with the details, I haven't changed it yet, but will do so soon...honest! ;-)
Looking forward to seeing you at a few more Hamlet games next season!

This indeed is Eläintarhan urheilukenttä, which translates to Zoo field. An old zoo must have situated somewhere in the area...