Paris FC play in the Championnat National, which is the French third division. I saw them play on a Friday night in 2007/08. It was a night game, so some of these snaps are a little dark.
They currently play at the Stade Charlety, which ,according to Wikipedia, is used primarily for rugby league matches. It has a 20,000 capacity, which is hardly tested for Paris FC matches. On my visit there was only one side open, & I doubt if there was even 500 fans present. 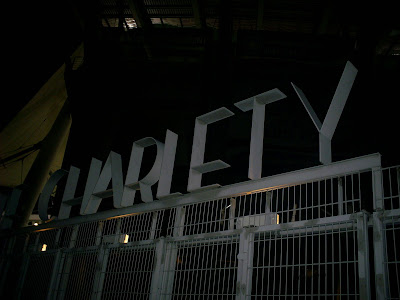 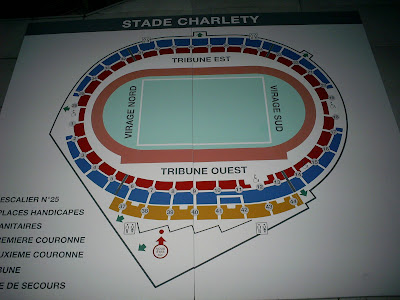 The ground was originally built in 1938. Presumably this is from when it was rebuilt, to modern standards. 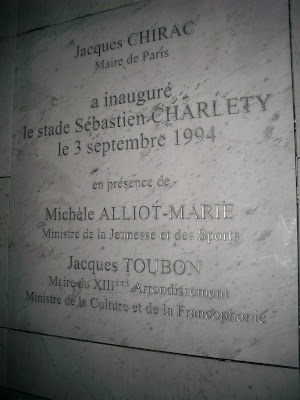 There are rugby murals on the concourse walls. 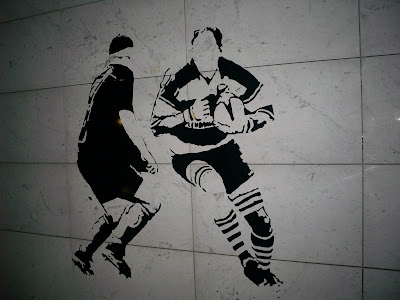 The ground is multi tiered. Here is the lower section, on the side that was open tonight. 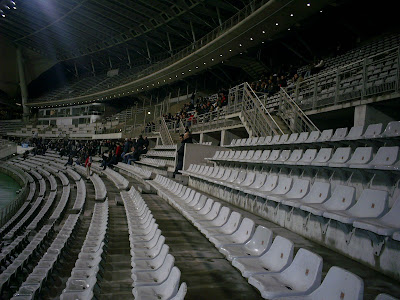 This is the goal to our left, behind this is the main road, from where we entered. 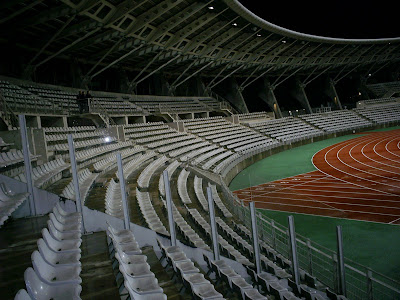 From the same corner we look across the pitch, to the far side. 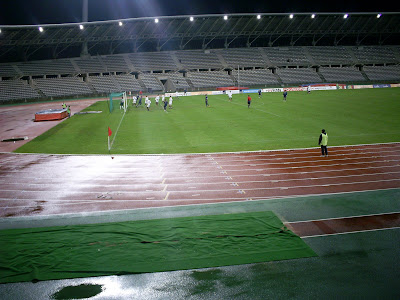 And across the pitch, where we look at the far end. 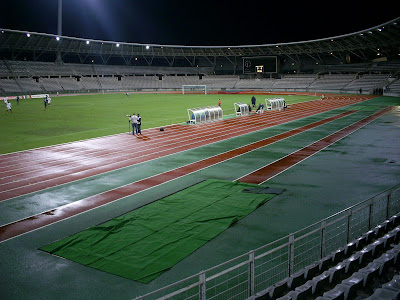 Another glance down the football spectatator side. 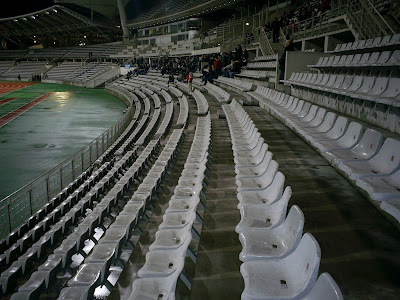 Here we are up in the middle section, where the majority of the crowd sat, for a better vantage point. 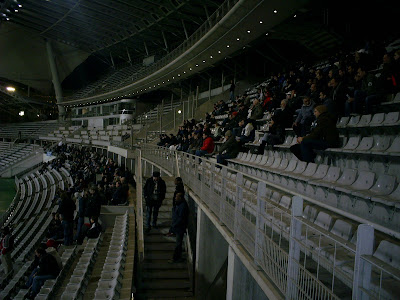 This is the spectator side again, but from the other end. 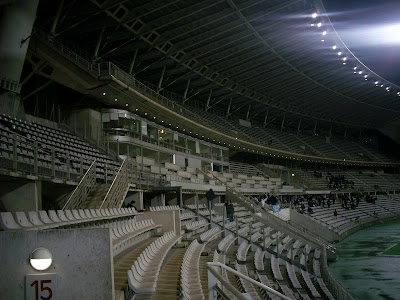 And finally the flags of the home fans. 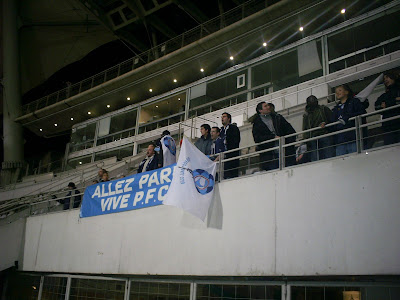