West Wickham are part of the AFA family, and play in the Southern Amateur League. I've seen games here on a number of occasions, all to see the Dulwich Hamlet Youth Team. But these were taken in the summer of 2007, when the goals were down, and it was the cricket season.

As with the majority of grounds in the AFA circle the ground is very basic, just railed off, with no other spectator facilities. There are at least two pitches heres, almost side by side, with a line of trees inbetween, whcih, in nice weather, makes it slightly more pleasant surroundimgs than 'just' a field. I believe they take on 'mainstream' non-league sides from the pyramid when they compete in the Kent Senior Trophy, & usually hold their own.

Personally I love the place just for the unusual name: Corkscrew Hill!

The club initials are included on the bars protecting the clubhouse. 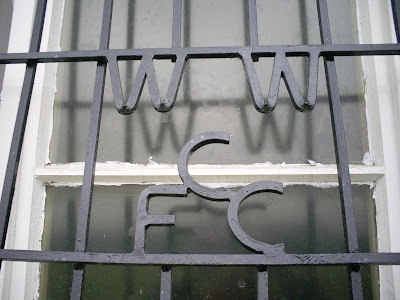 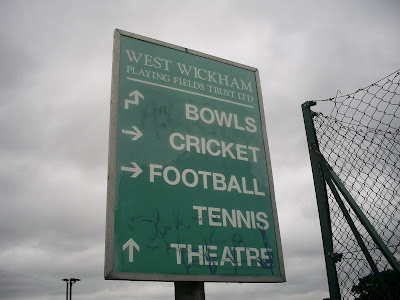 Here we look across one of the pitches, which is the scond pitch, I think. The other being to the left of the trees. 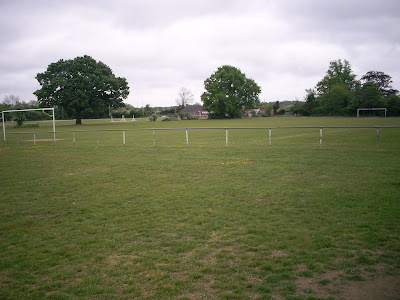 Here we are at the main pitch. Railed off, trees between the two, with the clubhouse/changing room building at the far end. 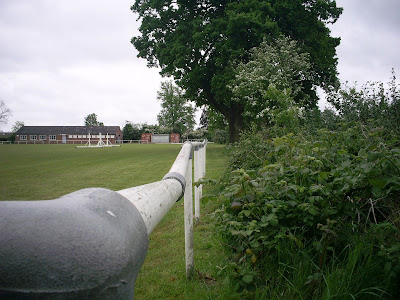 This is behind the goal, the six yard box clearly worn, & some markings still there, as cricket takes over for the summer. 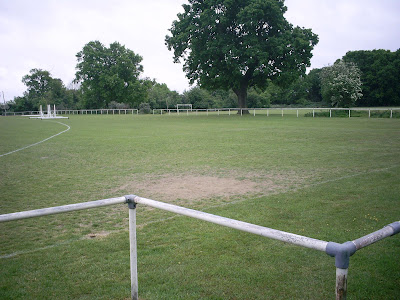 This is looking down the side from the other end of the railed touchline. The other side is not railed off, presumably because of the cricket. 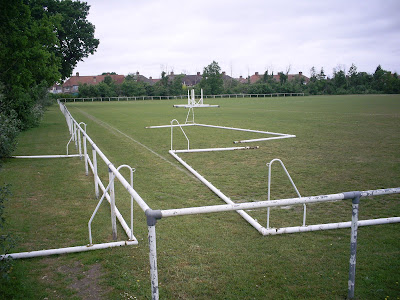 There is a footpath in one corner of the fields where there is an exit. It leads to this old marker, and the local war memorial. 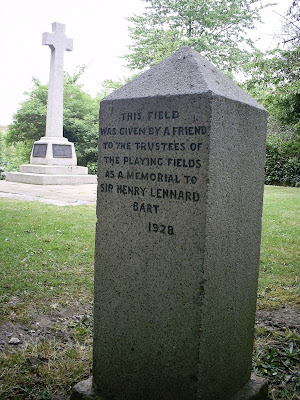 And in case you're wondering whereabouts West Wickham is I took a snap of this nearby fingerpost, which reads like a shock FA Cup result! ;-) 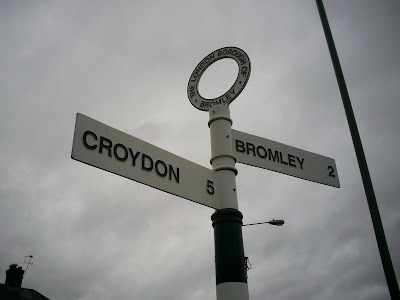