Worcester Park play in Division One of the Combined Counties League, & I visited them in the 2007/08 season. A very basic roped off pitch, as you'd expect at this level, but with the 'bonus' of a small area of cover along the side. My visit was for a 1-1 draw with Farnham Town. 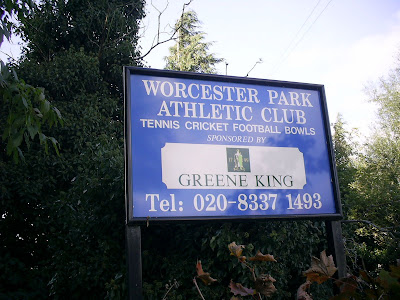 You have to cross this little bridge to get into the ground. 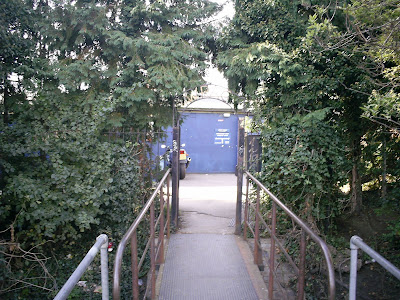 In the corner is the cricket scoreboard. Like many clubs at this level it is football in the winter, with ball & bat in the summer months. 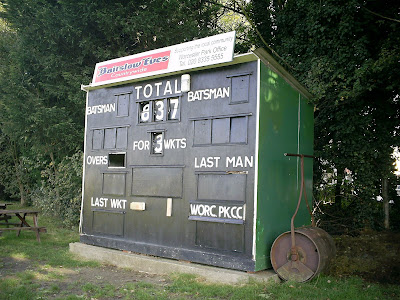 Here we are in the corner of the pitch, looking over to the dugouts, with cover behind. 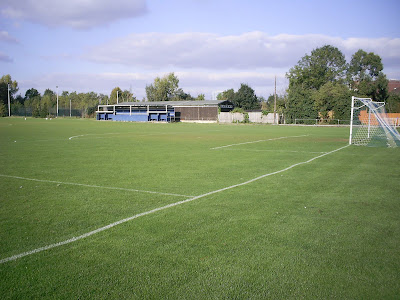 And behind this goal we see the club house, and changing room building. 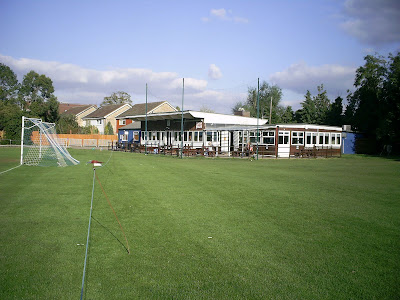 Another look across the pitch, but with the rope and corner flag in view. 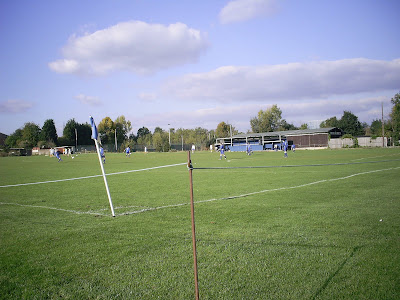 The open expanse of the roped off touchline area. 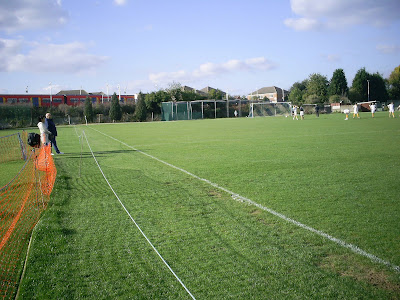 About to kick off, we glance across the pitch again. 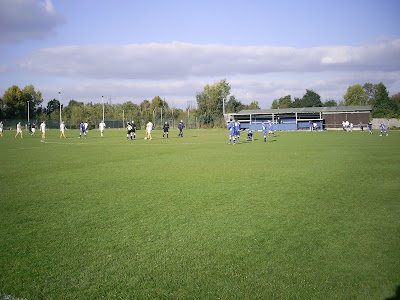 And here we get both the covered stand and the clubhouse in view. 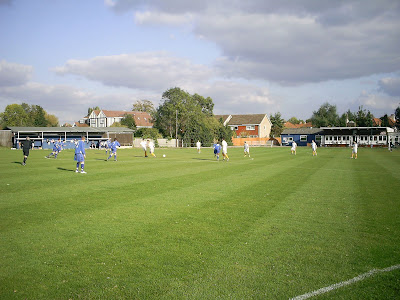 Behind the other goal is the railway station, so you can watch the match from the platform if you want! Note the park bench, set back a bit, but nice to laze on when it's a bit warmer. 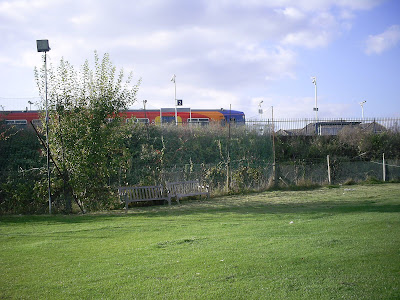 A shot of the only built up part of the ground. Basic, but more than adequate, and not to say welcome, at this lowly level. 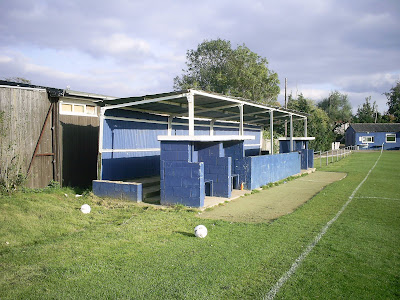 Decent steps of terracing under the cover. 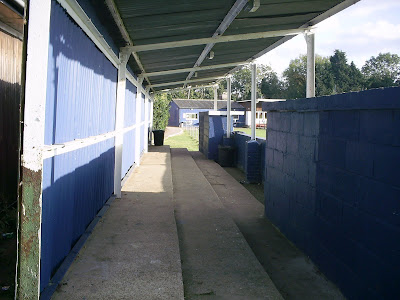 And railed off, rather than roped, over here. 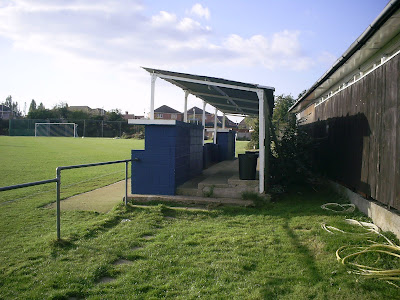 Past this corner we're back round to the club buildings. 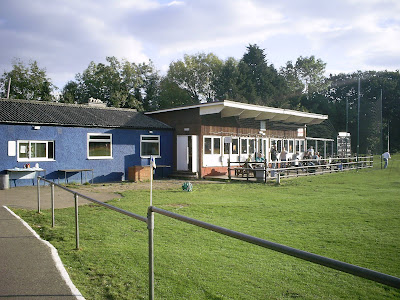 Back along the 'built up' side there's a gate through to the adjacent bowling club. I have no idea who the "F. Lake" referred to on the gate is. 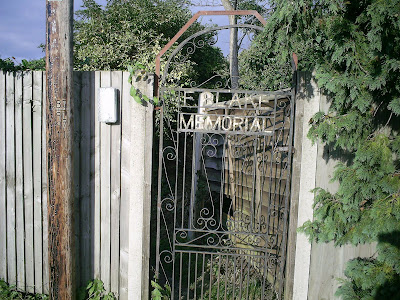 Looking down, by the dugouts, I go for an 'arty' shot! 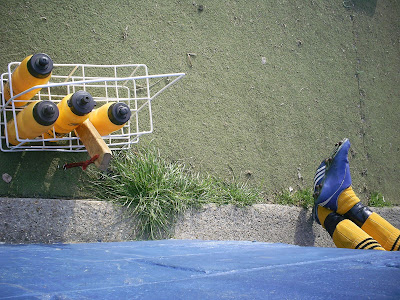 A bit of action, taken from the same spot, which clearly shows how open the ground is. 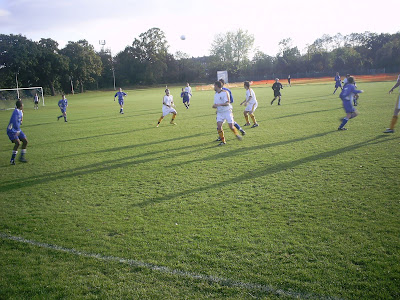 Deliberately taken into the sun, just because I was curious how the photo would come out! 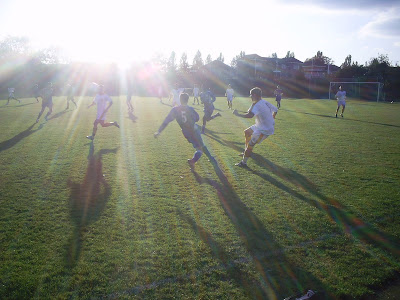 This is the Worcester Park player/manager Lee Mooney, who played for Dulwich Hamlet in the late eighties! Here he is coming off the bench, only to be refused permission to enter the field of play, as one of the officials picked up on the fact that some of the studs on his boot were missing! 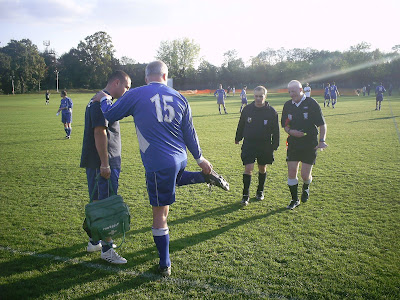 So he had to change, and borrow someone elses boot to get onto the pitch! 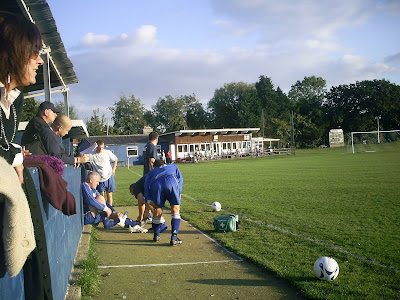 Is the visiting team Sheerwater?

They're a great little club you could visit one day?