R. Ixelles play at the Albert Demuyter Stadium, & appear to be in the fourth tier of the local leagues.

The following information is take from the 'Football Grounds of Brussels' group on Facebook, run by Stpehane Lievens:

"IXELLES, Stade Albert Demuyter Rue Volta 18, 1050 Ixelles Current club : R.Ixelles SC (4th Provincial division) Home of Royal Ixelles Sporting Club, an old club born on the ashes of Union Ixelles, who took part in the early championship of Belgium. Ixelles is a commune near the center of the city, near the University"


The ground was locked up when I saw it in February 2009. Fortunately I could take some snaps through the railings.

Here is the main entrance, you can see the stadium at the end, past the buildings. 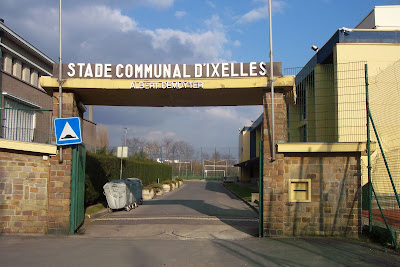 Hard standing, down the side with the dug outs. 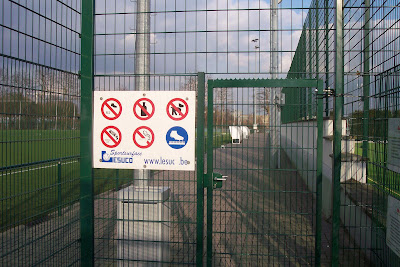 Here is a similar snap, through the mesh fencing. 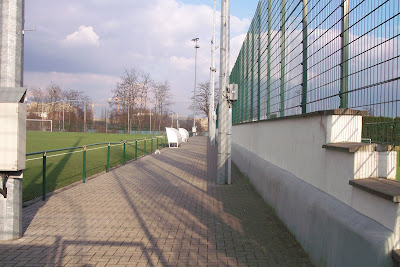 Railed off behind the nearest goal, the buildings behind this end. 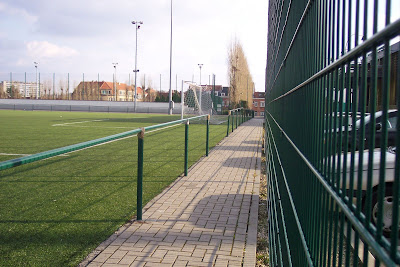 A nice stretch of covered terrace down the side. There didn't appear to be anything down the far end, though I couldn't get down there to a picture. 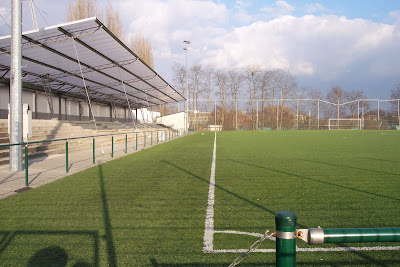 From this same corner we look across to the dugs outs. 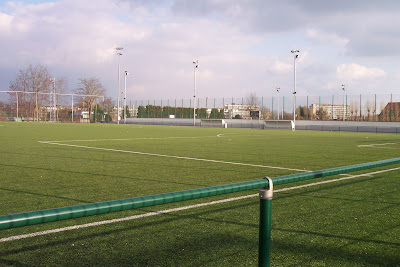 Another shot of the cover, showing the terracing to the left of it. 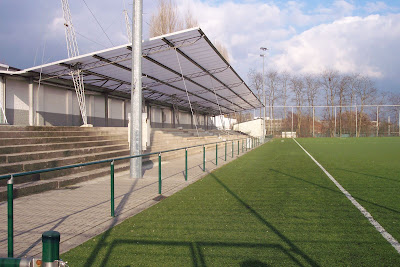