I have not yet been able to track down which level of the local Liege leagues FC Torino play in, but it is a low level. This ground was a complete bonus to photograph, as it happened to be a couple of minutes walk from the one I was visiting, & it's certainly a place I doubt I will ever go back to again. I would guess they are an Italian immigrant club, or were originally founded by Italian immigrants. 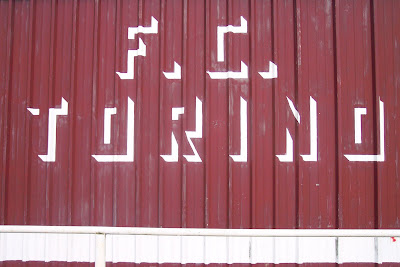 The ground is another basic railed off one, the 'shack' ahead is the bar and the changing rooms. 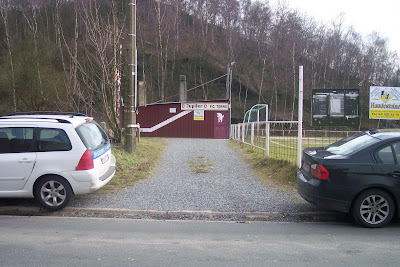 The famous Torino 'bull' emblem is on the side. 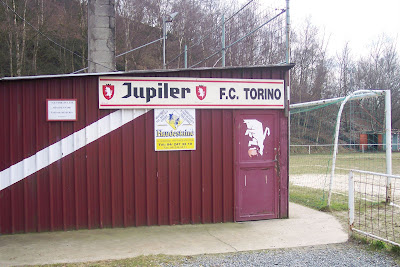 Railed off behind the goal, players were relaxing/warming down, as a match had just finished. 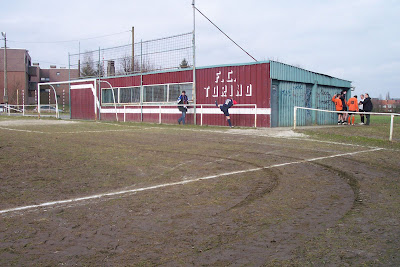 Along the far side, away from the road, were the dug outs, and a small area of cover. 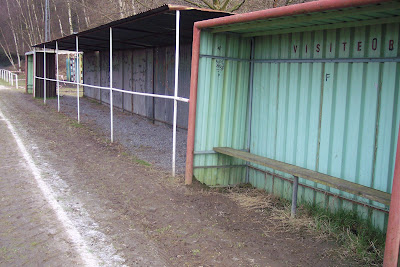 Set back, behind them in the corner, were a couple of sheds, with the club name painted on one of them. 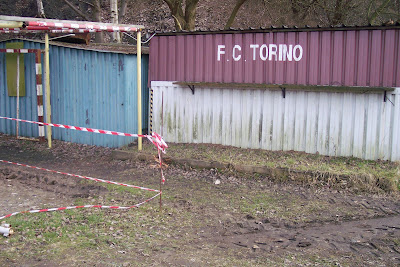 And Torino graffiti on the back of the covered spectator shed. 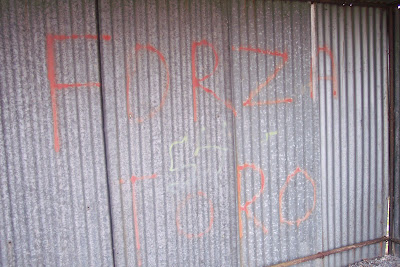 The rail continues down the full length of the pitch. 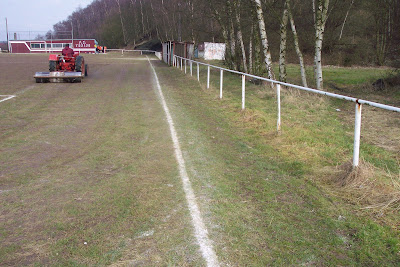 But does not extend behind the goal. 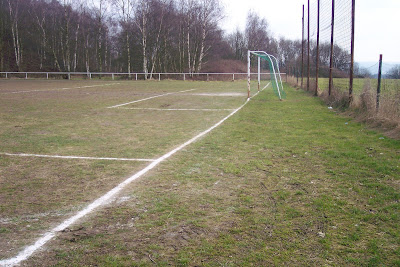 Though it does run the length of the roadside touchline. 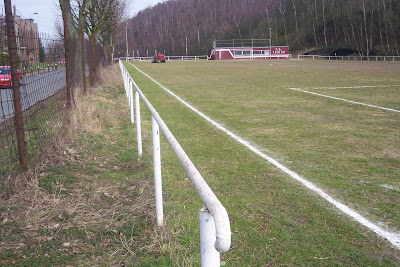 And that was FC Torino, a basic Belgian non-league ground, which I doubt many English groundhoppers have ever visited! (Though my one doesn't actually count, as I'd not seen an actual match)
Posted by Rabbler at 14:26