Not my usual set of photos for Camelon Juniors. They play in the SJFA East Region Super League. Camelon is a small town, on the outskirts of Falkirk. What makes these pictures 'unusual' is that there are not many of them, as I couldn't find a way to gain access to the ground. Not surprising really, as it was a Thursday afternoon! But as it is a place i shall never go back to I tried to get a few pictures from outside, so hopefully you will get a little flavour of the place.


This is the social club building, from the road. 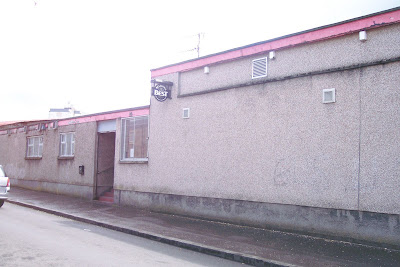 Further along are the turnstiles. 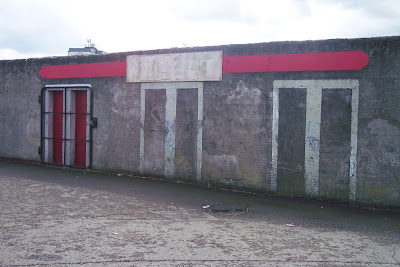 Through a gap we look down one of the touchlines. 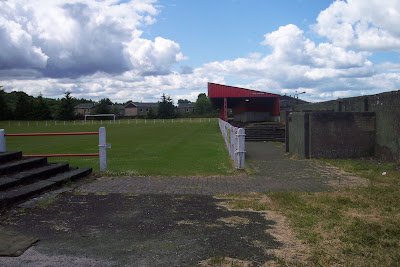 And over to what appears to look like the main stand, with the corner of the terrace behind this goal in view, in the foreground. 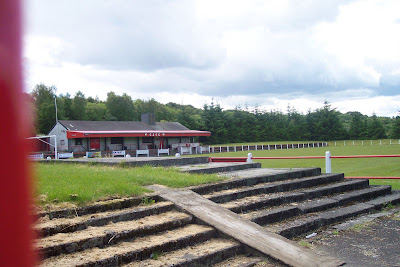 Another very similar snap, of roughly the same area, here. 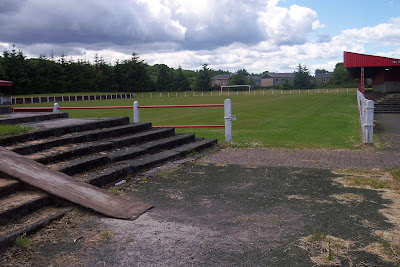 Moving on there is this fading club mural, of sorts, on the wall outside. 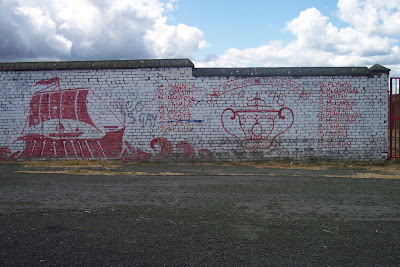 From the next corner we get a view of the other side, with some terracing before the cover. 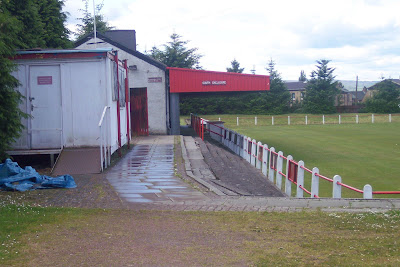 Looking through the same fence we see the cover on the far side, where the social club is. 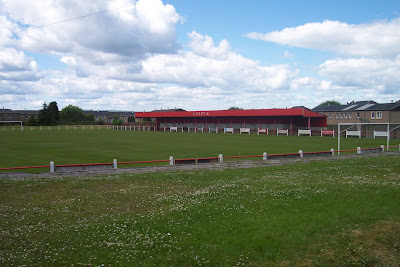 Up above the ground now, on a footpath by the canal, we get a shot of that cover, through the trees. 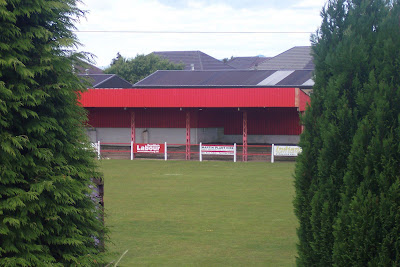 And a glimpse of the terrace behind the goal, from where we were looking, from the car park. 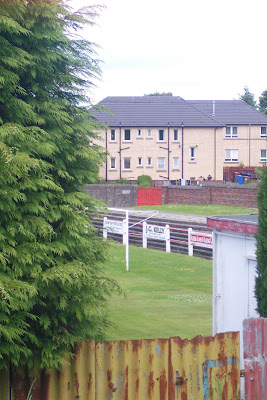 Further along there's another gap, for a shot of the open terracing, leading to the far corner opposite. 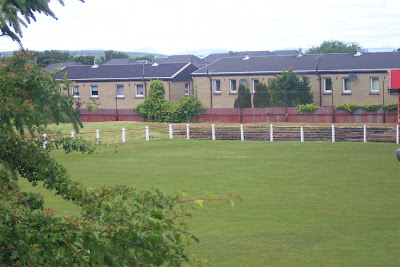 And that's it I'm afraid. I'm sure you'll all agree though that something is better than nothing! It is disappointing when you try to find a ground and then can't get in, but that's the luck of the draw I suppose! Downers like this are far outweighed by the 'buzz' when you do manage to gain entry to a ground, whether there's people on site or not! ;-)
Posted by Rabbler at 13:18

Why didn't you just jump the wall?
What did you expect from a Junior Ground?

Camelon is not a town,it's a small village,at least do some research before making disparaging comments. Did you arrange for someone to meet with you? Or did you just turn up and expect someone to be there and let you in? It's a junior club FFS.

Bit of a sensitive soul, aren't you?
I've just noticed your response, & sorry, I don't think they're disparaging.
No, I don't arrange for people to meet me, when I pass through places to look at grounds. I wouldn't expect grounds to be staffed, unless the groundsman happened to be there, & I certainly wouldn't try to arrange for a non-league ground to be opened just for me!
I have visited a number of non-league/Junior grounds in Scotland, and the majority I am able to gain access to, either they ARE open, or there's a game in a fence.
I was just unlucky that neither applied to Camelon. As for doing 'research'...it looked like a town to me, I have no idea if it's a town or a village.
On my travels I'm just happy if I'm lucky enough to get nito a ground, it's just a hobby!

Awesome pictures Rabbler I am working my way through them all. Ignore Jimmy Wilson, who decides what's a town or a village anyway? :)