I caught this match on the evening of Monday 27th July. It was on the outer all-weather Daugava Stadium Pitch Two, which appears to be the regular home venue for Sakret/Mantija. I found out about the game from a link on the Latvian FA site, which went to the local Riga leagues one. The opposition were an outfit called Rigas Satiksme. I know nothing about either side, nor the league they play in, other than it appears to be at the third level of Latvian football. I am presuming the away side are the works side of the local transport system, as they operate under the same name.

The game itself was probably on a par, not that I'm any sort of expert, with the division ones of the Kent County League, maybe Kent County Premier, for their better sides, who knows?

There were no real spectator facilities, just a couple of benches as we shall see. Although there was not much at all to photograph, the backdrop of the huge pylons in the main stadium adjacent, was impressive enough for me!

Here the players line up for the pre-match shaking of hands. 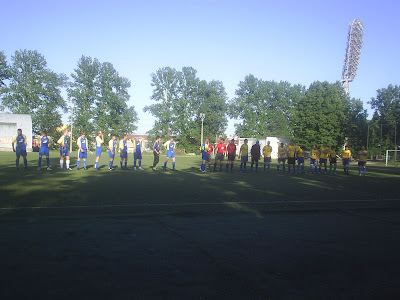 The match is underway. 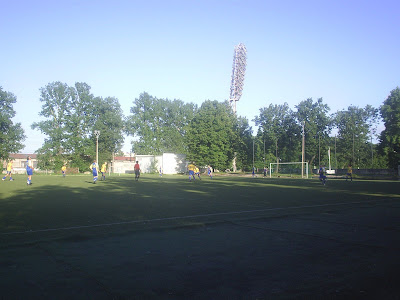 I started off sitting on this bench, along the side. 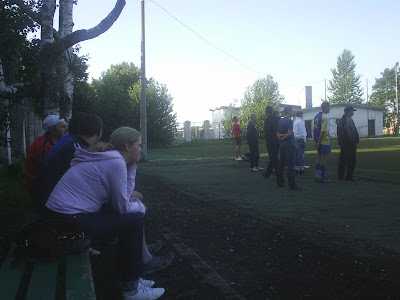 Further along, in the other direction, was a dugout. 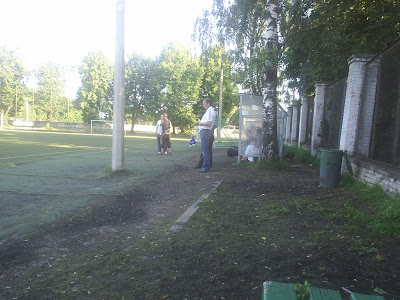 This is the open area behind one of the goals. 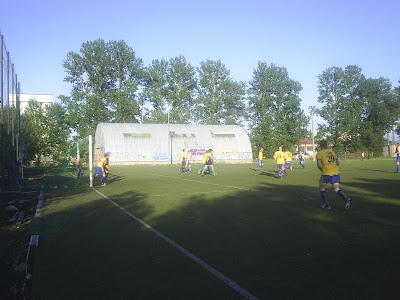 From behind the goal we look down the side, were the spectators, as well as substitutes & coaching staff. 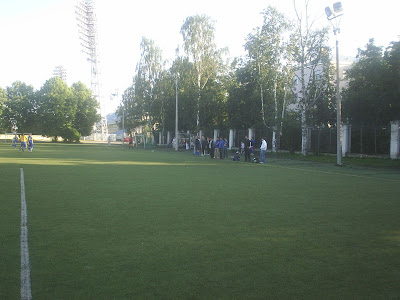 Another similar angle, with the big pylons in the background. 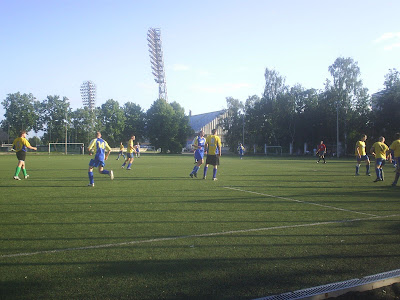 This is an angle from behind the goal at the other end. I have no idea what the large hangar type shed was for. It was locked, and not in use. 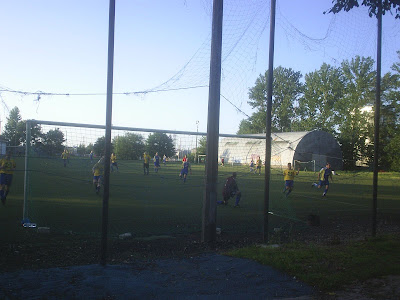 One last shot, back past the other end. This is a disused third pitch, with an old running trck around it. 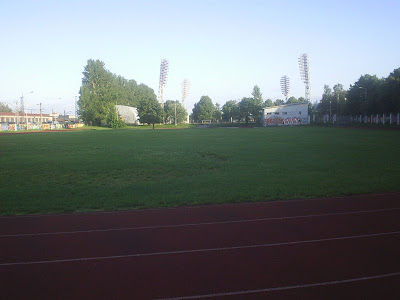 If I'm not mistaken many lower sides play under the name of their main sponsor.
This appears to have been a Latvian regional league (Riga) game. Some grounds have many teams sharing at different levels with no indication in the team name as to their whereabouts.