This was all that remained of the former home of Feltham when I happened to be in the area, in May 2009. The club were plagued by vandalism here, & moved away as a result. They now have planning permission to redevelop the site, and presumably the clearance you see here is the start. Feltham currently groundshare at Bedfont.


I saw two matches here, one at the start of the eighties, when Dulwich Hamlet played here in a London Senior Cup tie. The other, game 'lost' in the mists of time, was in a bitterly cold snap in winter, when-due to their all-weather pitch, was the only game on in London. I do recall the small stream behind the ground being frozen solid.


There is a link to the old stadium here, with pictures, from a website which comprehensively lists running tracks.

There are just a few concrete steps left, with nothing else remaining. These ones presumably led up to the old stand. 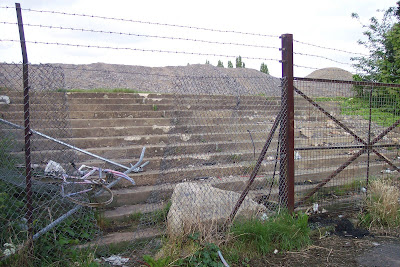 The following snaps are across the area where the pitch used to be. You can clearly see 'work in progress'. 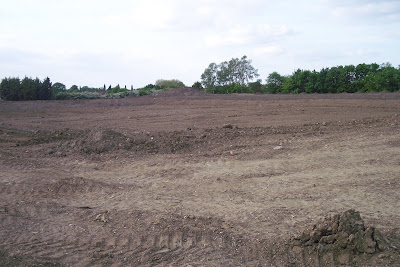 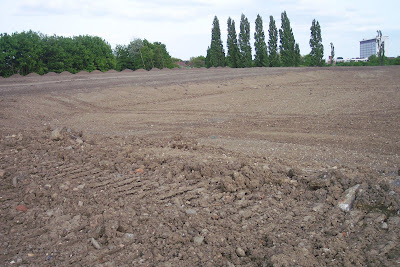 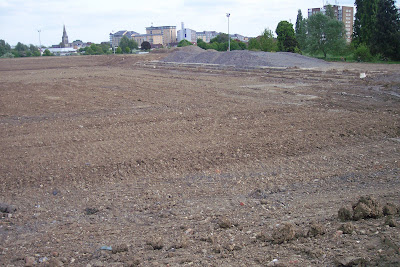 More steps, I am guessing, were at the front of the old stand. 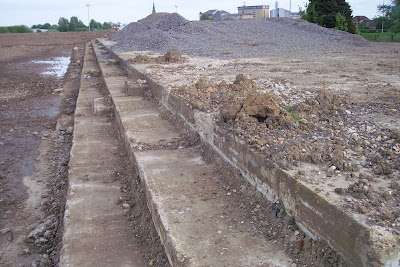 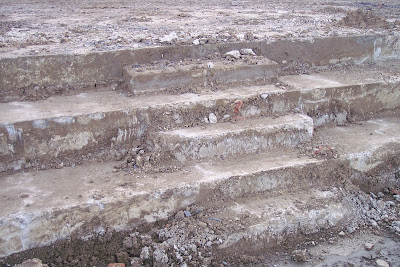 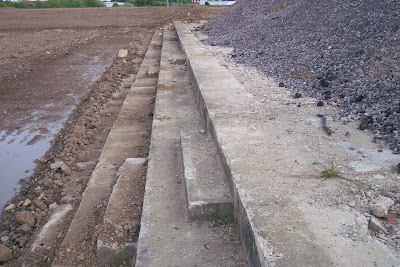 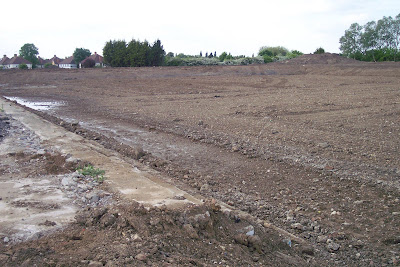 Next to the old remains is another, newer running track, but also in a poor state. It has floodlights, but little spectator facilities. I hadn't been aware this was here, and have no idea if it's ever been used for senior football, which is a possibility, maybe Middlesex League? 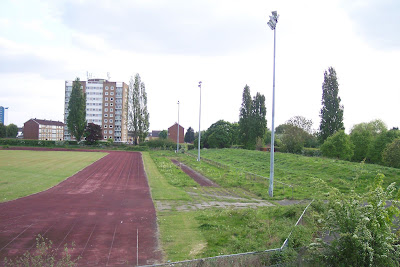 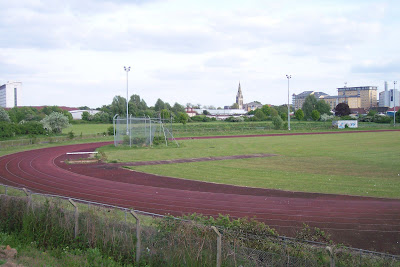 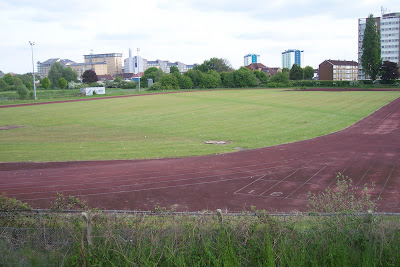 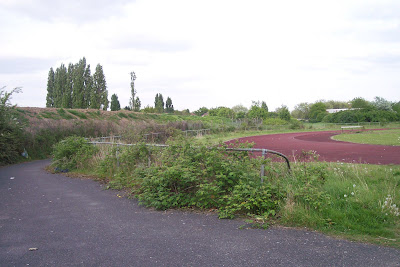 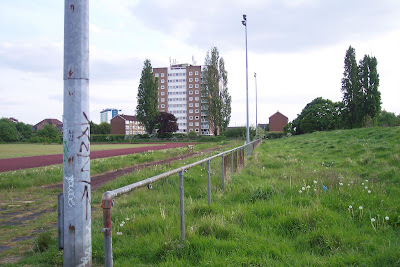 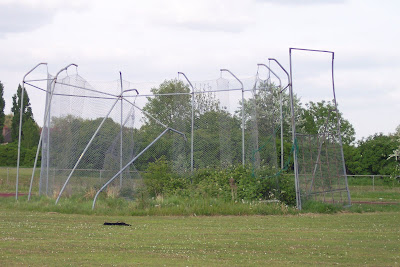 The other side of this second track is an open field with this cage & mound in. Overgrown, but I am guessing, in years past, it was used by a local baseball side. 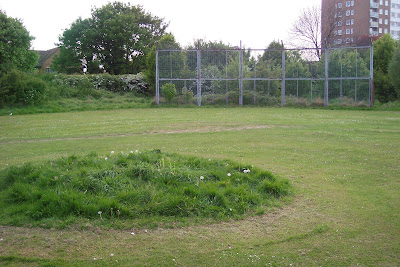 Interesting, but sad to see all the same. I follow Hayes & Yeading (formerly a Hayes fan) and saw them play at Feltham a long time back.

I hope that they can rise from the ashes.

Keep up teh good work.

This is sad to see - I had a brief spell training with Feltham, and have not been up to their old Arena venue for many years. They had a reasonably big stand and it was not a bad venue. As you say, the local yobs vandalised the place. Very sad.

you should see the state of the arena now. pictures are on facebook under the group feltham arena residents user group.

Agree with you all, such a shame. It doesn't look like they will be returning to Feltham anytime soon.

Used to train on this ground as part of the Fulham FC youth academy back in the mid 90's. Good memories of this place!!

So sad spent most of my youth at feltham arena

I used to play there in the late 1980s and early 1990s, yes and it used to be a baseball ground. I'm shocked to see the state of the area as I had a lot of great memories there.