This small set of snaps were taken when I went to watch Hampstead WFC, who play in the Greater London League Division Two North, against Tottenham Hotspur Ladies, in a London Cup tie, back in January. Hampstead play in a public park ,the Hampstead Heath Extensions, in north London. I popped along because a friend coaches Hampstead.

I took these pictures not to publish them here, just because I wanted to take a few. But I later decided to put them on my blog as a 'one off' to show an example of real grass roots Sunday football in a local park.

Here is a bit of goalmouth action. 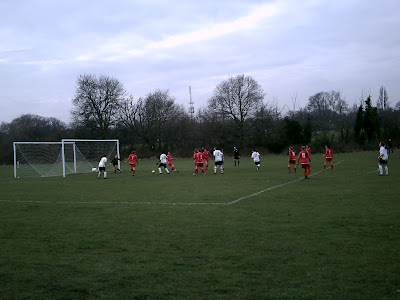 There was a good crowd for a womens game in a park, as you can see on the opposite touchline. 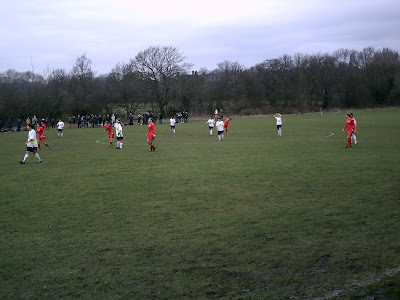 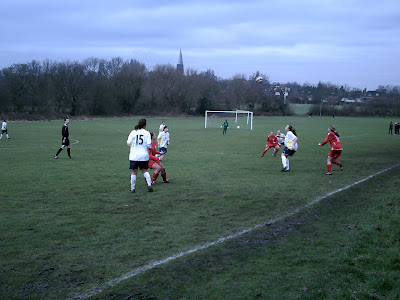 On the next pitch there was a mens game taking place between two teams in the local Jewish Sunday League. 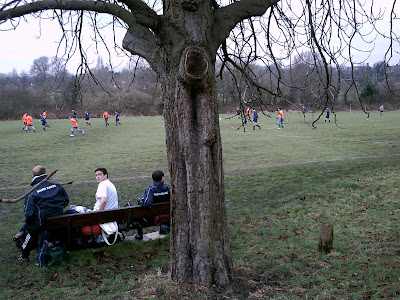 This is how close they were! Game delayed while a bit of dog shit is cleared! Note the spectators to the left of the player.. 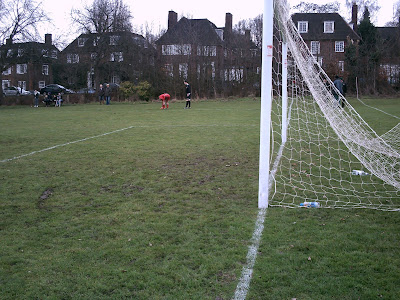 Sitting on this, the only park bench around the pitch. 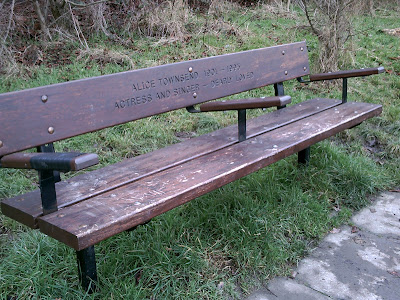 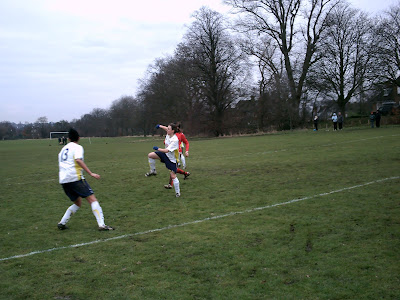 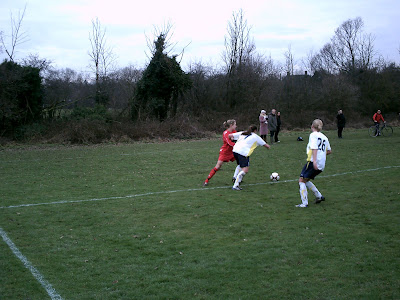 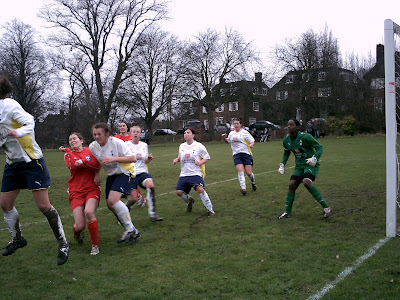 One last shot of some of the crowd, the other game continuing on the next pitch. 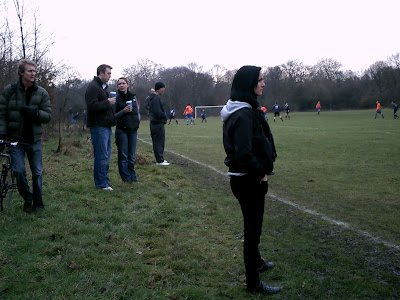 An exceptional blog and very interesting, especially when comparing the overseas grounds with our own!
You really should get yourself to Portsmouth FC. We have a 'Victoriana' ground still operating (insolvently I might add!) in the top tier of English football (not for much longer!). Up until recently we had a 'dry' moat running around the pitch which caught unwary opposition players who tried too hard!

Many thanks for your kind words, glad you've enjoyed looking in. I do hope to get down to Fratton Patk at some stage, as it is a wonderful ground, as you say. But I'm limited really, as I'm first & foremost a 'club' fan, not a hopper, & watch Dulwich Hamlet. I've been there a couple of times before, a long time ago. Rough games against Millwall in the early eighties...I was with the Millwall fans! ;-)