Very grass roots, for a game played on a pitch that doesn't have grass roots! A Saturday morning game in the Middlesex County League Division One Central & East Division between
Sporting Hackney & St Johns Arsenal Deaf, on the their all-weather modern 3G pitch at Haggerston Park, in the East End.

Not usually a level I would watch, step eight in the non-league pyramid I think, but it was one of an ongoing series of occasional 11.00am kick offs to attract groundhopping types, by this forward thinking league.

This is the entrance to the park. 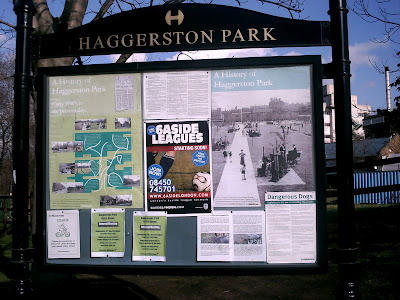 Next to it is the Hackney City Farm! 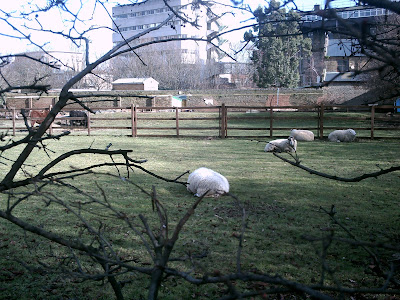 It really is just a 'caged in' all-weather surface, no spectator facilities or dug outs at all. As one person present described the venue on the 'Non League Matters' messageboard: "This was a very pleasant morning out in very good, if a little basic surroundings." A little basic? What on earth were they expecting? It's in an inner city public park for goodness sake! 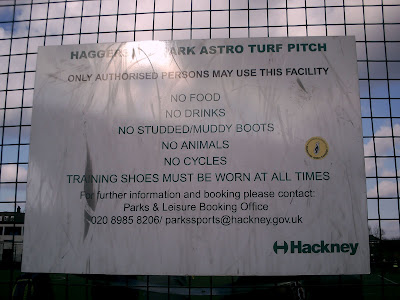 There were refreshments available outside the changing rooms though, admission was free, and programmes were on sale for £2. 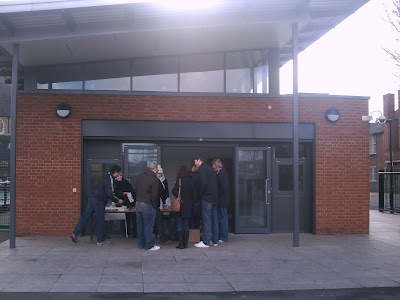 The first half is about to kick off. 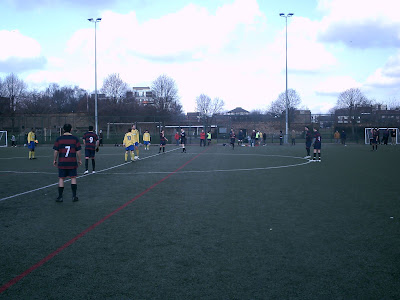 Looking down with one of the touchlines, many of the 82 strong crowd along it. 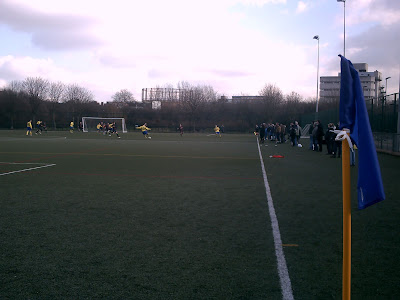 The same side, from behind the goal. 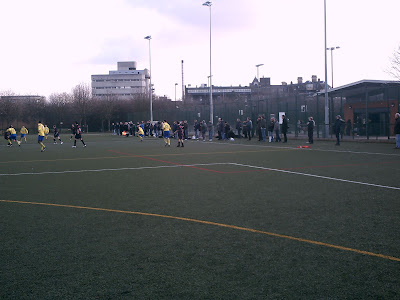 With a few more standing on the other side. 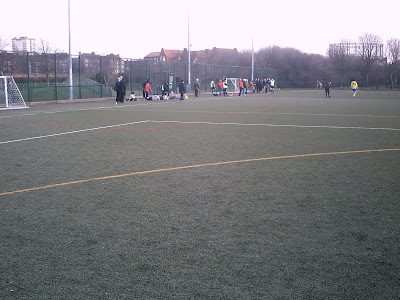 Here we look across the pitch, changing rooms behind, and you can see the spectators stringing down the line. 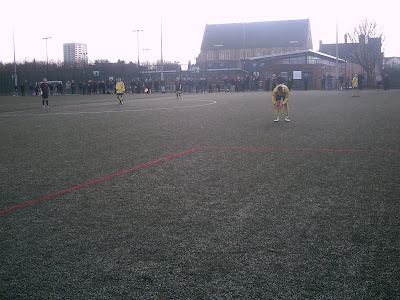 This is the opposite side from the more populated one, early in the second half. 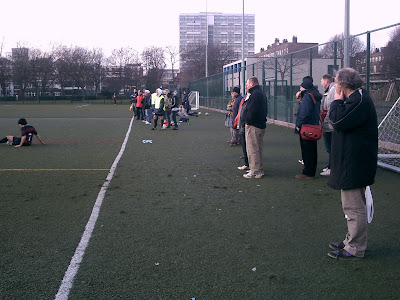 Another angle from behind one of the goals. 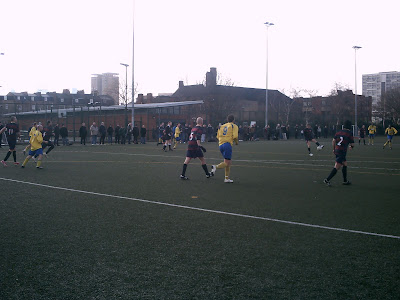 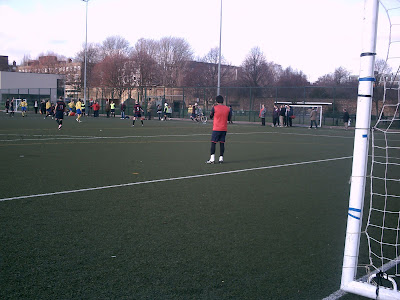 And back to the side where we started our stroll around the pitch. 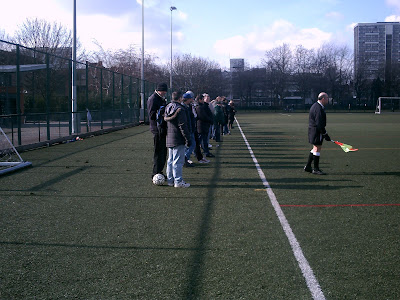 St Johns equalised from the spot, to make it 3-3, having been three down, but conceded fourth, to lose in stoppage time. 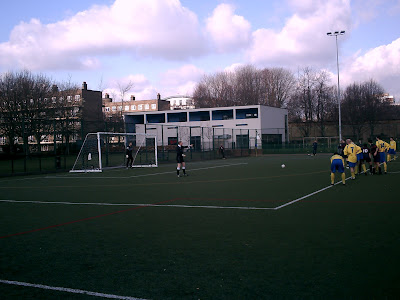