This is the home of the hockey & tennis club Royal Racing Club de Bruxelles, & I visited here in June 2009. I had found out about this venue on the excellent 'Football Grounds of Brussels' Facebook group, by Stephane Lievens. He included it as it was the venue for the first even Belgium international, in May 1904.

Here is what he had to say about the venue:

"UCCLE, Stade du Racing (formerly Stade du Vivier d'Oie)
Avenue des Chênes 125, 1180 Uccle
This stadium is not a football stadium anymore and is today hosting hockey games.
It is located in the posh area of Uccle, in the South of Brussels.
It was here on May 1st, 1904 that Belgium and France played their first ever international (3-3) in front of 1500 people. The beautiful stand made of stucco, a classified building, is still the same as in 1902, when it was build. Back then, Racing Club Brussels moved here from the Longchamps Vélodrome, also in Uccle. The club won 6 Belgian league titles before WW1.
They left this famous stadium in 1948 for the 3 Tilleuls stadium in Watermael-Boitsfort." 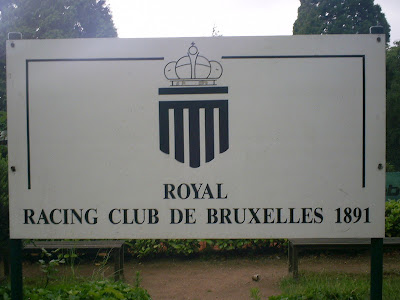 First up we see the old arched entrance from the main road. 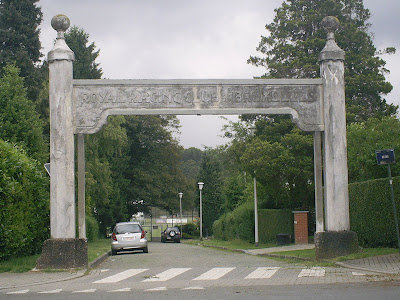 This side street is named after the club. 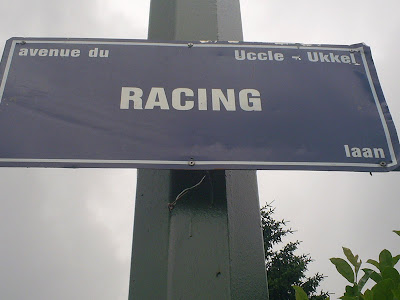 I walked round the far side to gain access. There is a clubhouse, & changing rooms, which for some reason I never took pictures of. immediatley beyond them are the tennis courts down below, as you go down a path to reach them. Past that is the main hockey pitch, which is an all-weather surface. Here you see one end of it, with the tennis courts to our right. 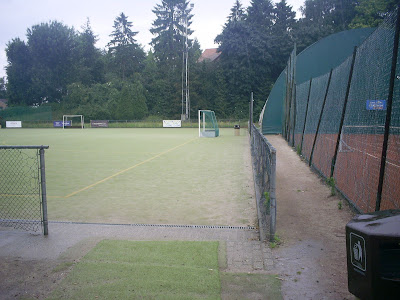 Past the other end of this pitch is another, & inbetween the two is this old, fenced off building. Nothing special to see so far... 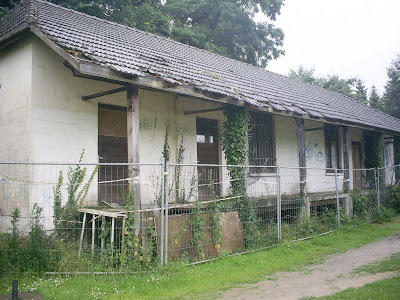 But here is the 'jewel in the crown', the old main stand! 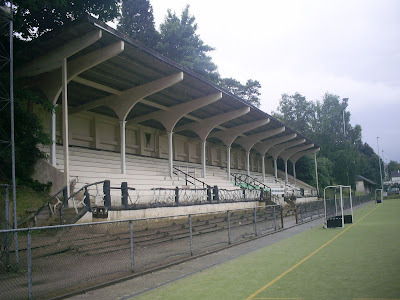 A few steops of old terracing in front, it's the wonderful fencing at the front that straight away catches your eye. 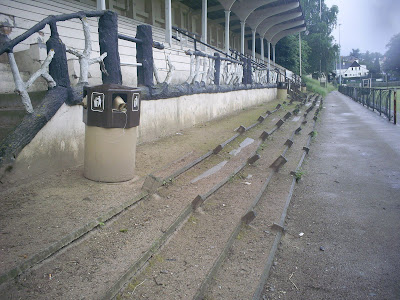 'Modern' plastic seats at the front, with the club initials prominent. 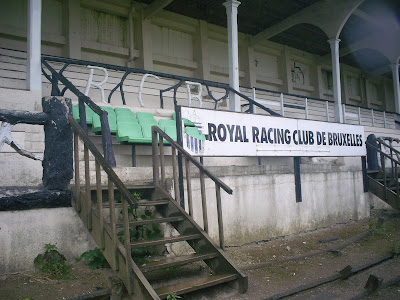 Here they are close up. A look at the stand from on the pitch. 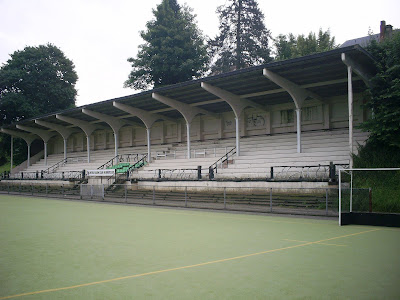 And here we are looking up into the stand from the other end of it. 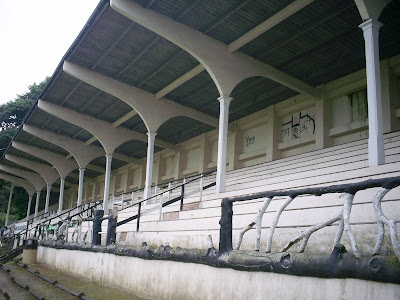 From the back row we stare across the benches. Beyond it you can see a second hockey pitch. there was no stand by that one, just dug outs. 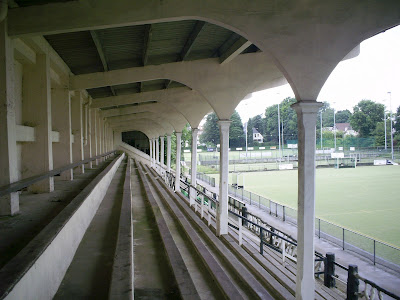 Looking in the other direction we see some of the tennis facilities. 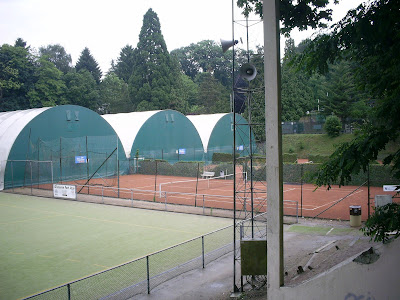 Glancing over the middle of the pitch there is no room for spectators on the other side. And why should there be? Who would want to sit anywhere else but in this historic structure? 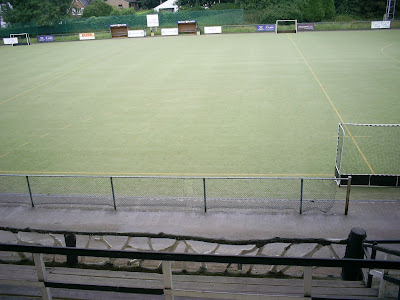 On the way out I noticed this memorial. I don't know who he was, presumably the founder of the club, or something like that? 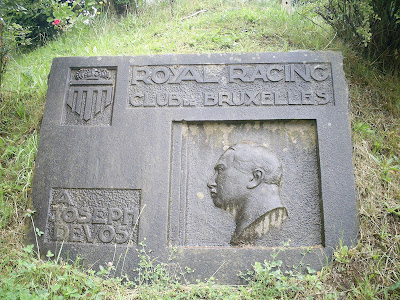 Thanks for some interesting information to share with us. inquiry system & finance report features in a free trial of Club Management Software.