I saw Glasgow Islay on a Saturday morning...not surprising as they play in the Glasgow & District Saturday Morning League! Standard wise it was probably on a par withthe lower divisions of the Kent County League, say step eight or nine of the English pyramid. The 'ground' was a simple playing fields, the multi-pitched King George V playing fields, in Renfrew; which is on the edge of Glasgow.

I saw them lose by the odd goal in three to Vale United, in the semi finals of the league cup, on 6th March 2010.

A very fuzzy club crest on one of their shirts! 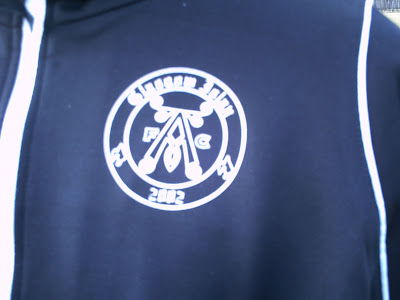 This was from their match. You can just make out the snow capped hills in the distance. 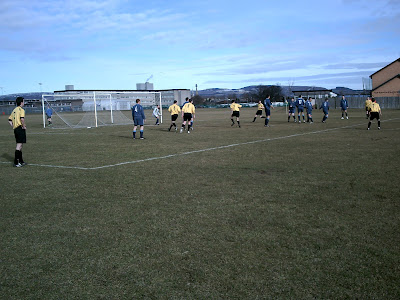 This was one of the matches on an adjacent pitch. note the very loud referee's shirt! 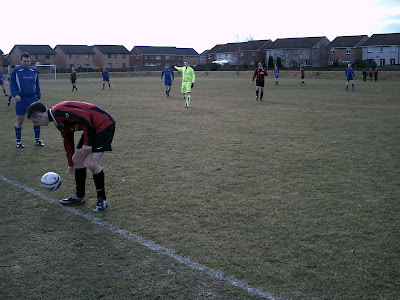 The Glasgow Islay match is on the pitch on the right. 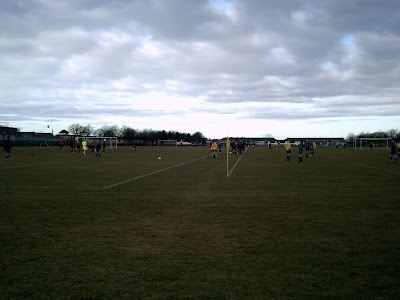 Behind the goal, pitches not even roped off at this level. 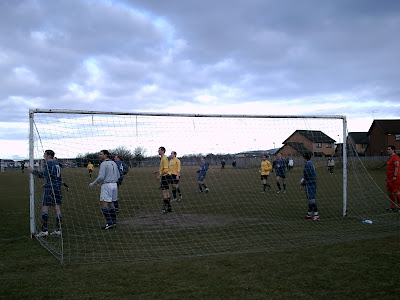 A look down the touchline. Note there is some grass banking set back to the right. 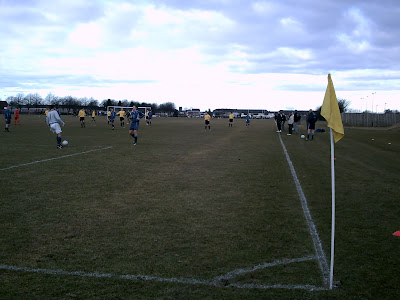 Looking across the pitch, from the (non existant) bench. 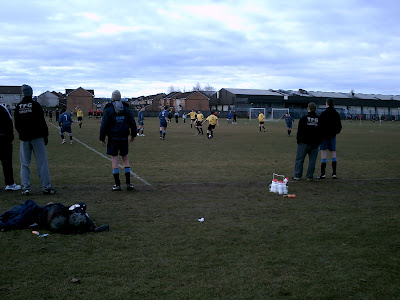 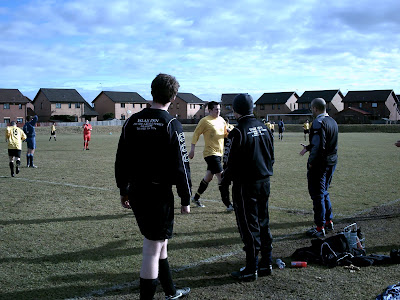 A qwick glance at another game in progress as I leave, to head to Hampden Park, for Queen's Park v. Berwick Rangers. 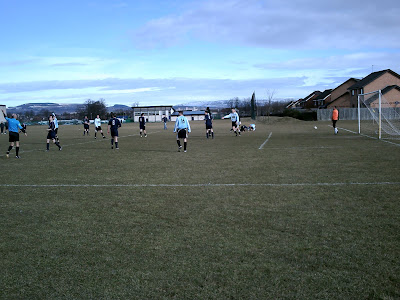