Royal Gembloux Sport play in one of the regional divisions in the Namur region. Though I've not seen a game here I have passed it a number of times, as you can see it from the adjacent railway line. I actually saw them play last season, away to JS Fossoise. 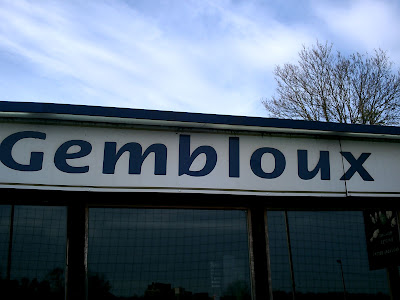 This is the entrance from the road, the buildings being the club bar, and the changing rooms. 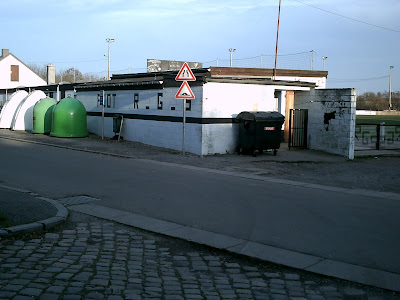 Believe it or not htis footballing caracature on the wall is the club crest! 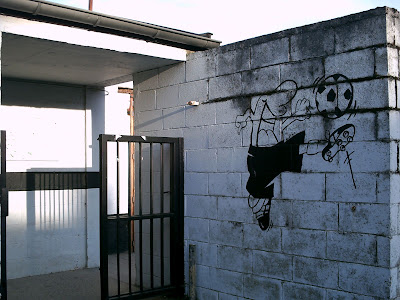 Club initials on the gate. 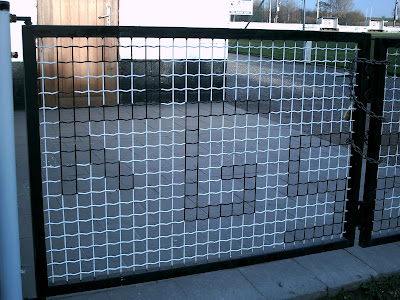 As we enter we're at the corner of the pitch. Ahead of us is an open side, there is cover further along. 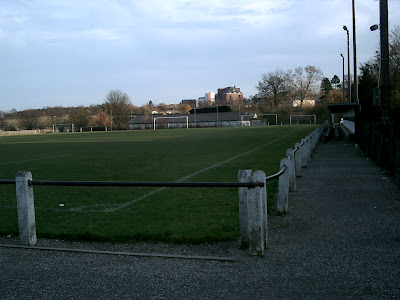 Behind the goal is the club facilities, and this strange hoarding, strange, because it's so big, and not facing the pitch. Maybe unusual is a better word. 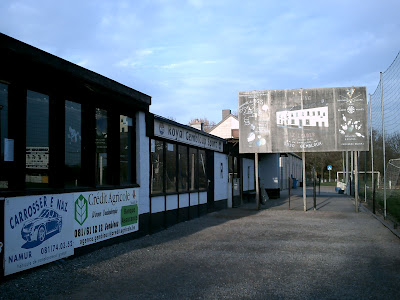 Behind the goal is open hard standing. 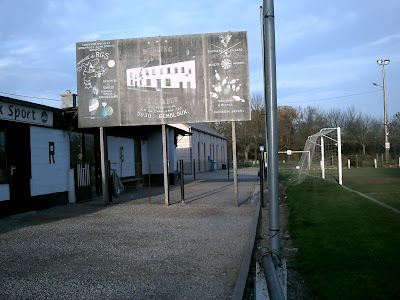 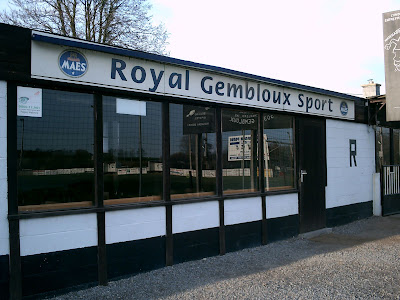 Beyond that is this newer changing room block. 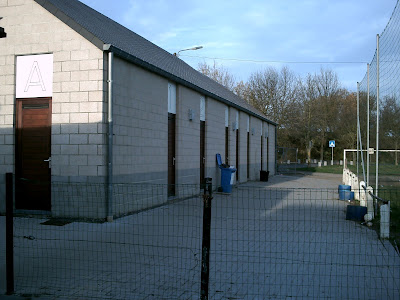 Here we look back behind the goal, directly into the sun, so not too clear. 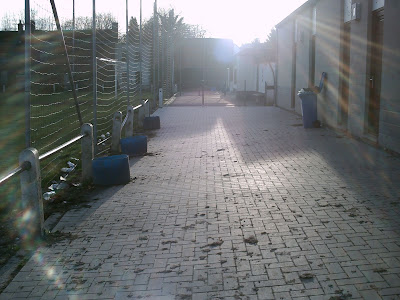 Along the side, still open, are the dugouts. 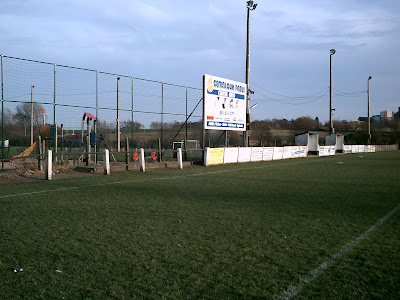 Railed off, and narrow hard standing down the side. 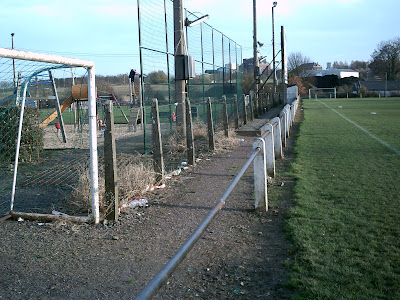 From this side we look across the pitch, to the only cover in the ground, on the other side. 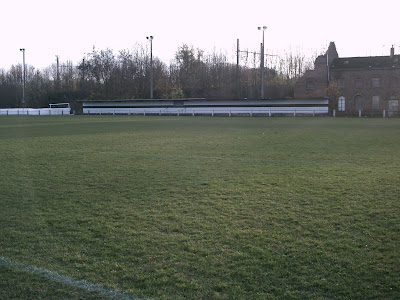 We are close to the dugouts now. 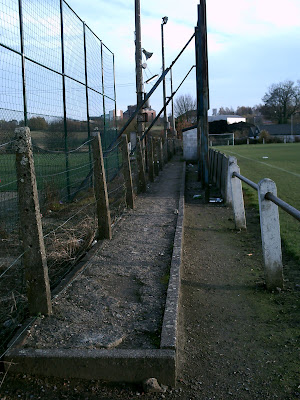 They look rather narrow too, not surprising, given the tightness of the ground. 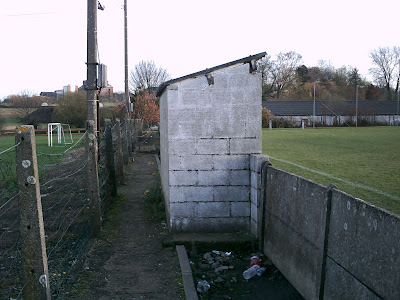 Behind us is a basic, second railed off pitch. 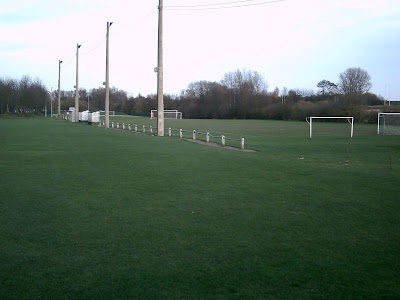 Toward the corner, in the main ground, there are some paving slabs, for hard standing, of sorts. 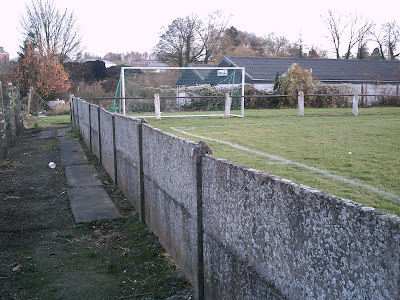 Turning behind the goal it's just railed off & grassed. 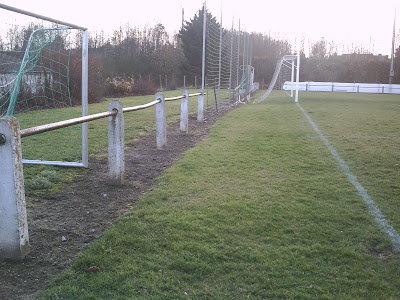 From this corner we look behind us again, across to the second pitch. 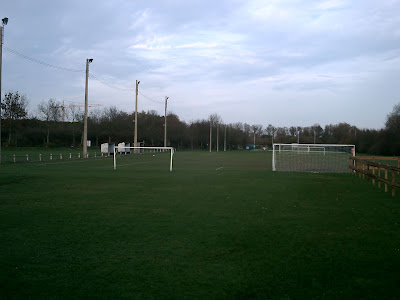 Now we're behind the goal, looking through the net to the covered side. 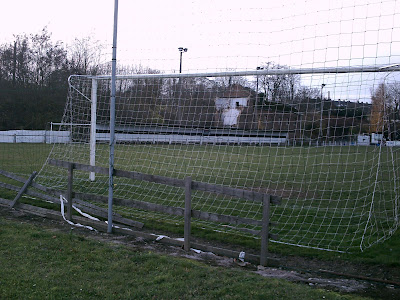 A few paces to the left, and we now see the covered part clearly. 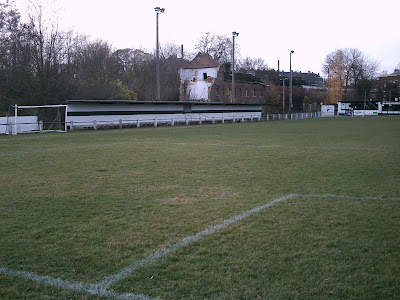 Along the final side now, not quite grassed, not wuite hard standing. A minor side road behind, the tarpaulin type perimeter fence won't keep many out! 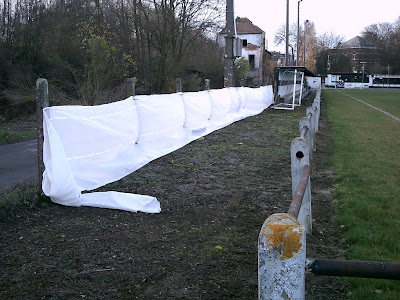 The cover at last. Two narrow rows of 'bench seats'. 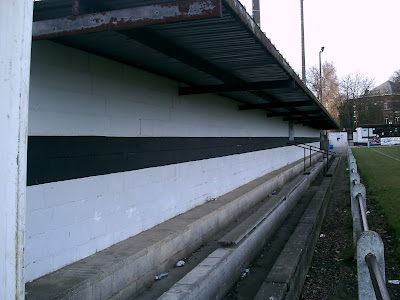 Or terracing. Take your pick really. 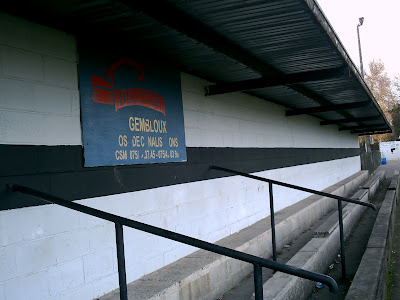 From the cover we look over to the dugouts. 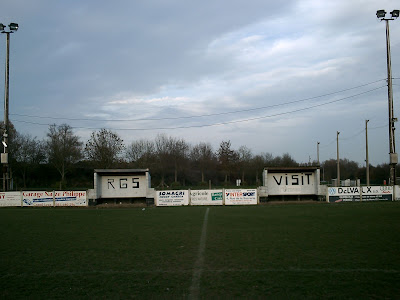 Walking onto the pitch we look down to the end with the buildings. 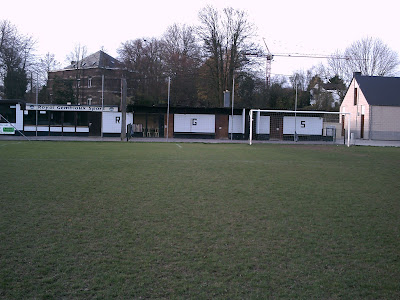 And down the covered side, the train line runs behind it. 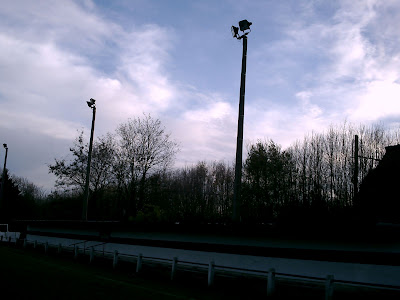 Now we're back at the entrance, with the ticket booth block. And that ends our walk round a typical minor Belgian ground. 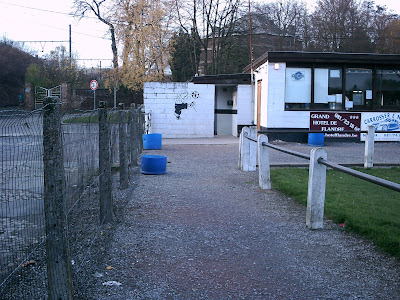 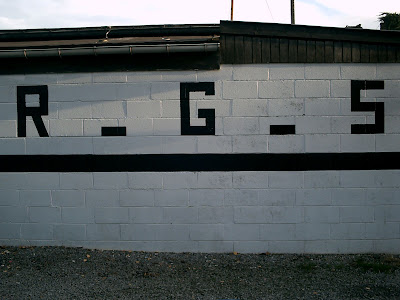