Stanningley are an amateur rugby league side from Leeds, & I was fortunate enough to travel up there ast the start of the 2010 season when Bramley Buffaloes, who groundshare there, had a pre-season match with South London Storm, Unlike southern amateur rugby league clubs, the majority of northern sides have their own grounds, whereas outside the heartlands of the game rugby union grounds have to be hired. 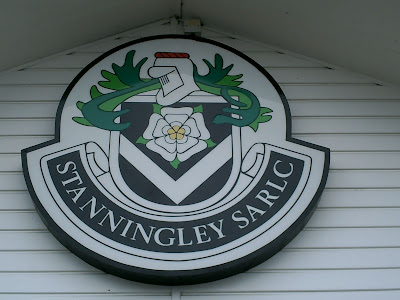 They play at the Arthur Miller Stadium. 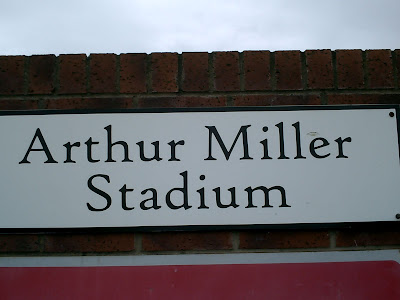 A number of their players have moved on to the professional game. 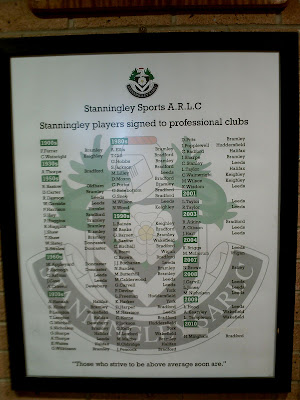 I'm told most amateur rugby league grounds up north are very basic, just railed off. I wouldn't know, as this is the only one I've been to, but it's still pleasant enough. There is a big, new social club/changing room complex, opened in 2008. Which we see as we walk round. Here we begin our walk round, from the path where we walk into the stadium. Most people 'hug the rail', but the grass bank gives a good vantage point. 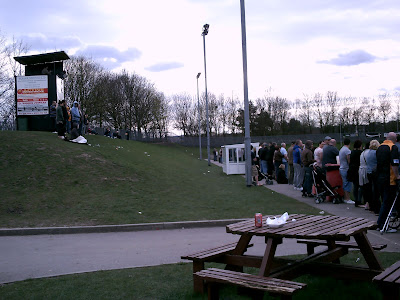 This scoreboard box looks very strange to me. I don't know if they're a common feature of northern grounds or not. 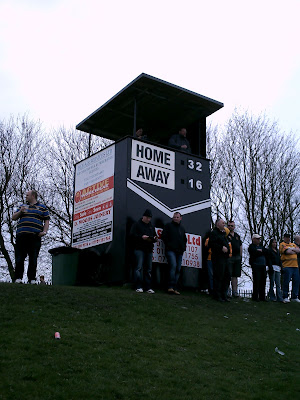 The dugouts are unusal to me, as a football fan, as they on on either side of the pitch. Here is the home one, very smart. 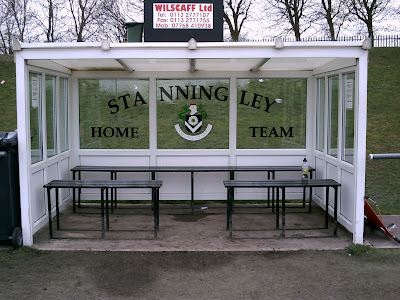 Hard standing continues past them, along this side. 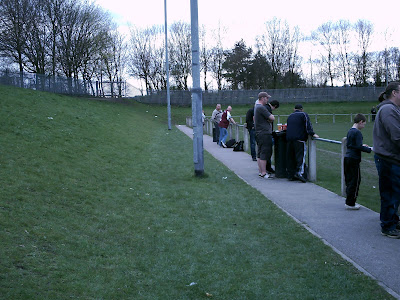 From this point we look across the pitch, we see the floodlights, & also the ugly electrical pylons behind. 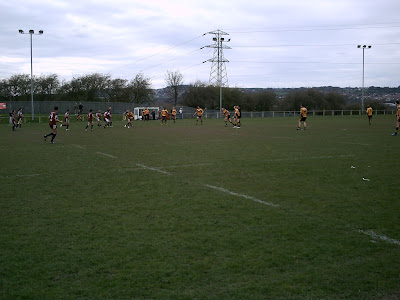 The area behind the goal is also grass banked. 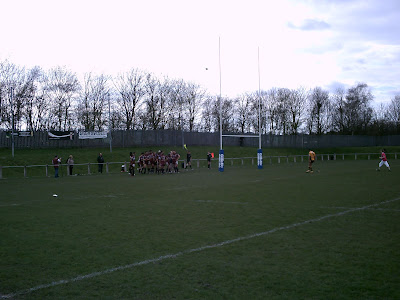 Before we get there we look back down the popular sloped side. 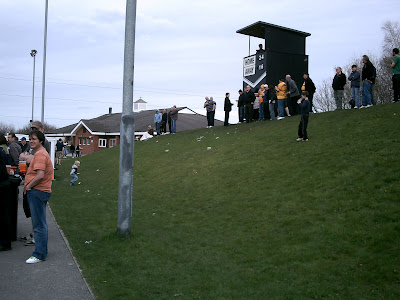 Almost at the corner now. 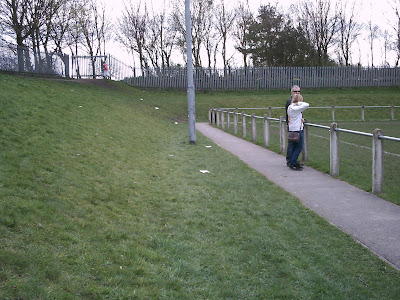 Another glance down the hard standing along the side. 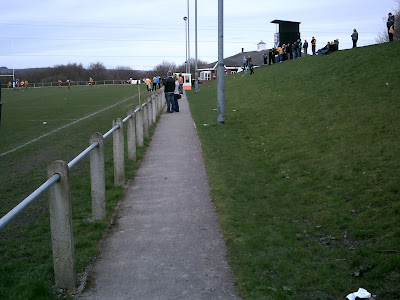 From the corner we see over the pitch. 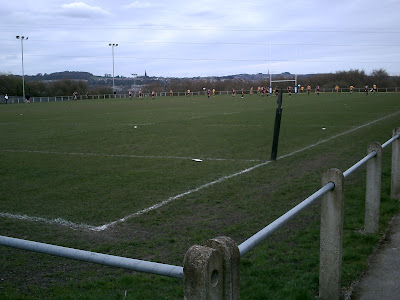 Then turn behind the goal. 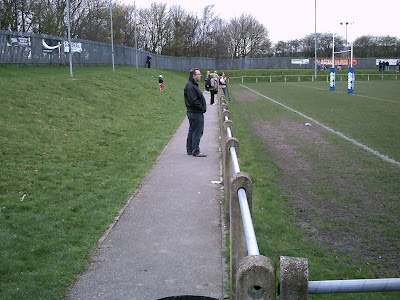 Where we see the banking continues some way along the far side. 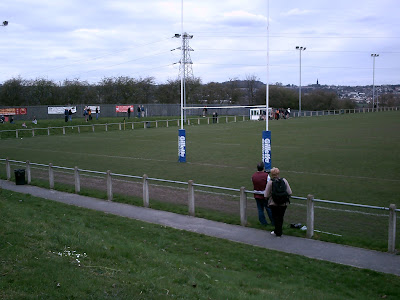 From on the slope behind the goal we can see the clubhouse complex down the far end. 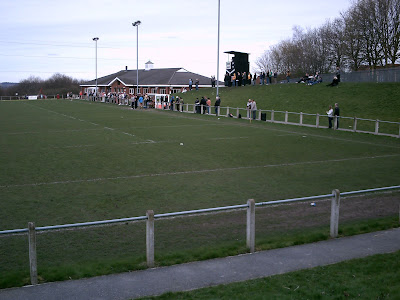 Annother look toward it, through the posts. 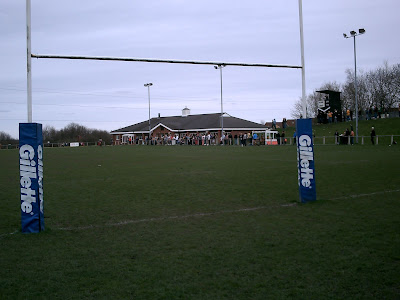 Moving onward, we look back behind the goal. 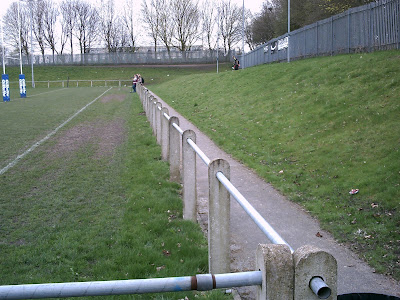 Now going toward the far side. 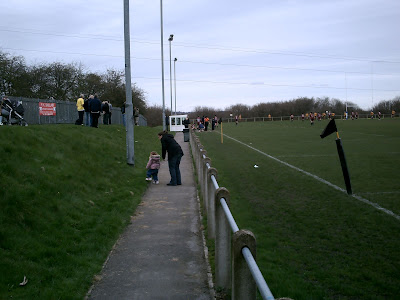 From this side we look across the pitch. 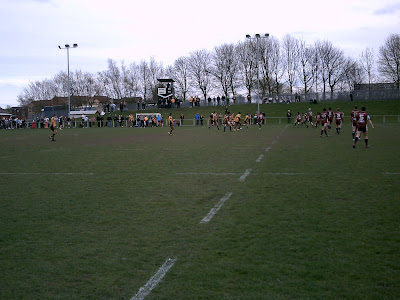 We're now at the other dugout, this is the away one, with the South London Storm bench in shot. 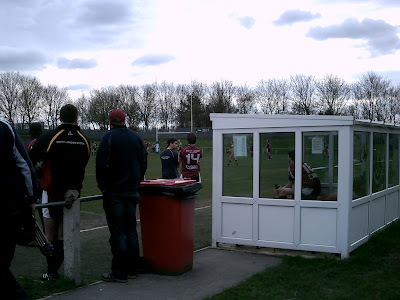 Moving on past it, the grass bank goes, and we are now above part of Leeds below, to our left. The hard standing continues round the pitch. 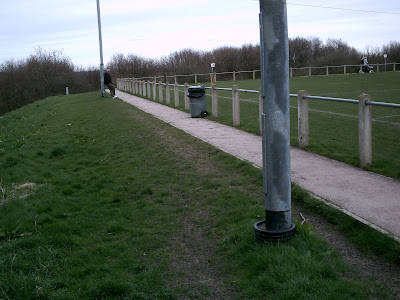 Here we look back down the less populated side. 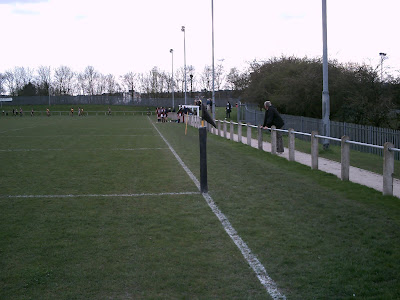 And now we're behind the other goal, looking toward the clubhouse. 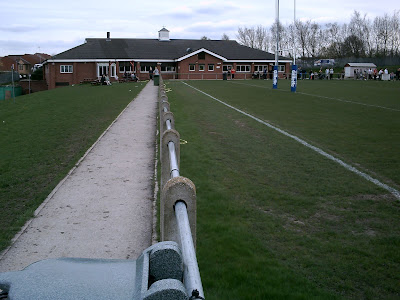 Another 'through the posts' shot, this time the other end! 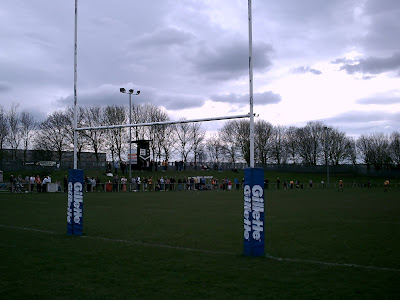 Getting closer to the clubhouse corner. 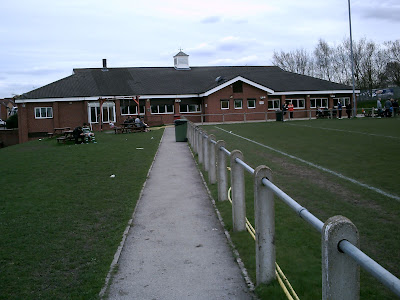 Most of the crowd on the sloped isde. 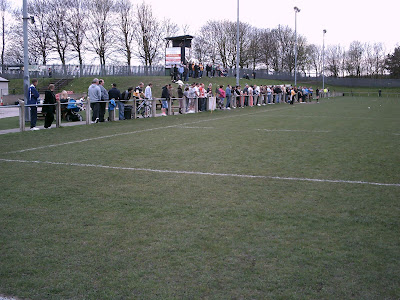 Another glance across the pitch. 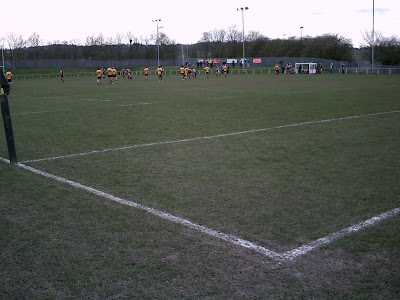 Before we're back to the path where we started, & I can now enjoy the remainder of the second half. 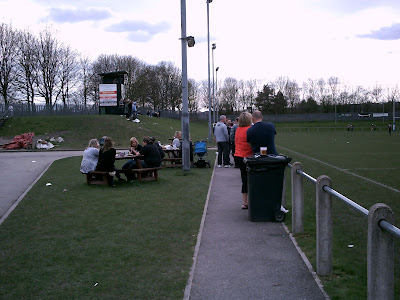