I've not seen a game at HC Benatky Nad Jizerou. I just happened to be passing the rink on my way to the nearby football ground, & popped in to take a few snaps, a you do!

They currently play in the second division of Czech ice hockey, 1 liga, which is below their top flight Extra Liga. 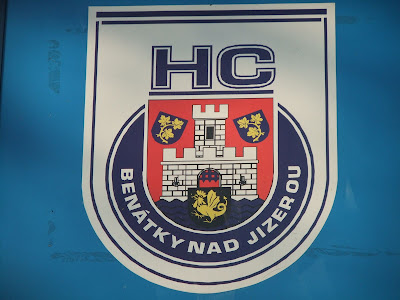 Here we approach the rink, up this slope. 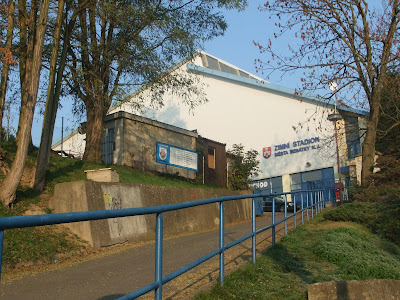 A fixtures board is prominent outside. 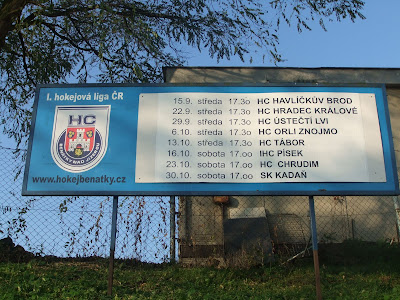 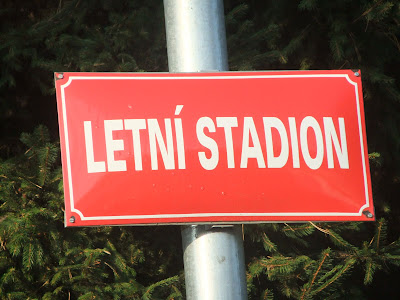 There were a number of these posters on municipal advertising boards around the town. They were at home that evening, but I had football to go to. 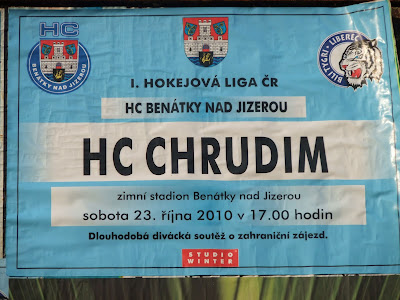 There were also posters for the local volleyball team. 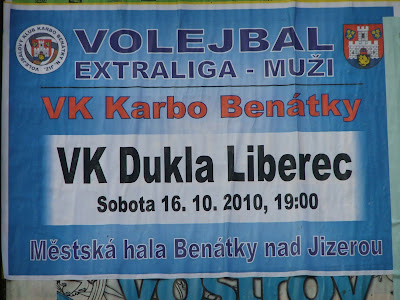 The town crest is on the outer wall of the rink. 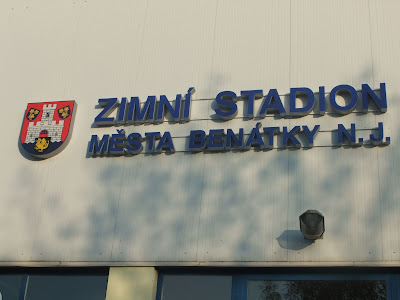 Going through the entrance the reception/box office is on the right. 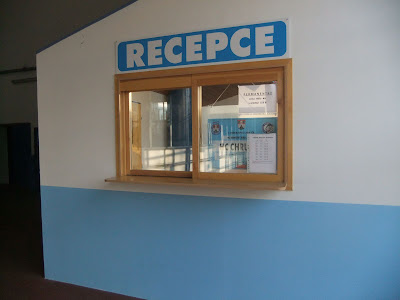 This is the view straught ahead, toward a small seated balcony. 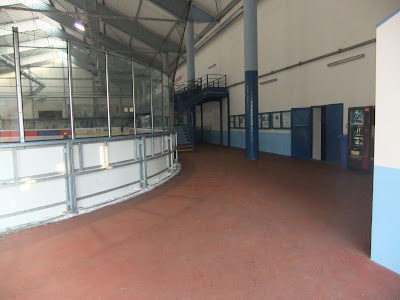 Nothing built up behind the near goal, to our left. 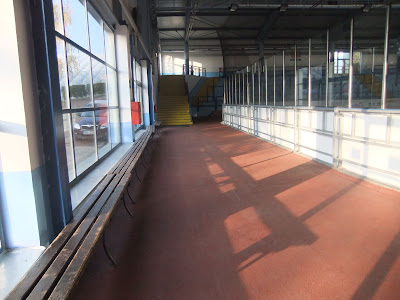 Down the far side is a bank of terracing, all the way down it. 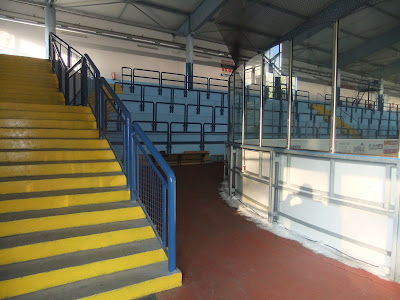 Here is a good, clear shot if it. 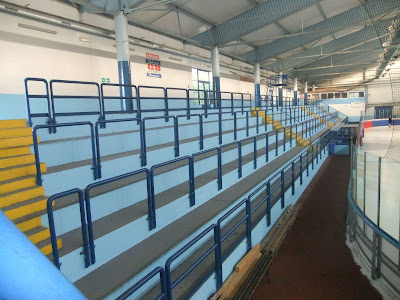 From the back of it, from the near corner, we look over the ice, & see the seats on the opposite side. 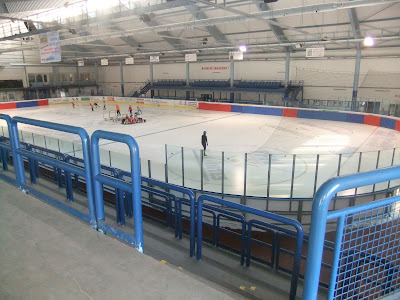 Here we are down the other end of the terracing, looking behind the other goal. 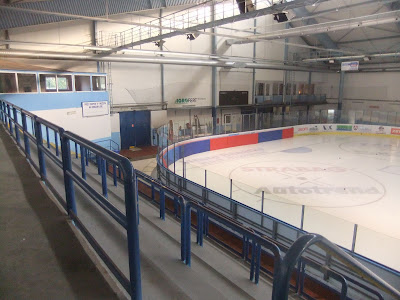 At the back of the terrace, at this end of it, is a club shop. 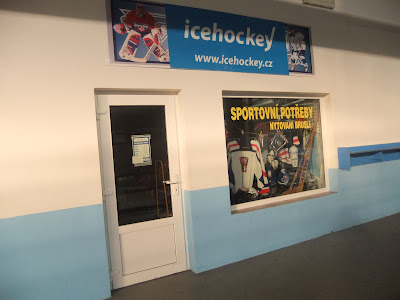 It is partitioned off behind the goal. 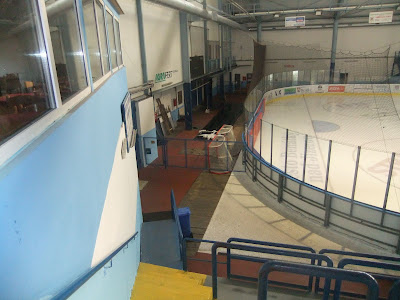 Here we look over the ice from this end of the terrace. 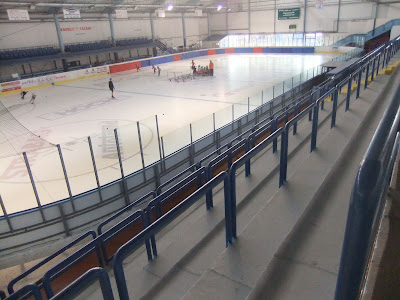 Now round the other side, a bid of a dark snap, looking down from the steps up to the seating to the benches. 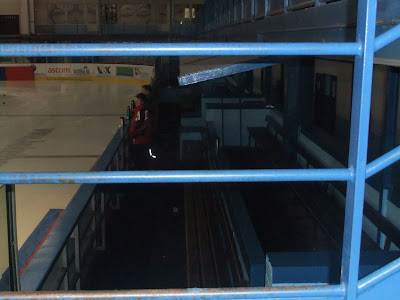 These are the rows of seating above them. 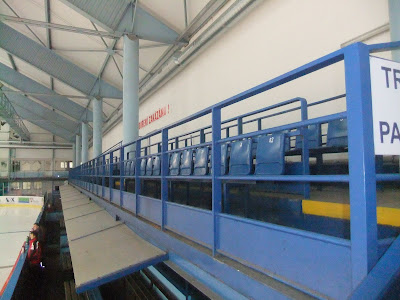 Here we see along the length of them. 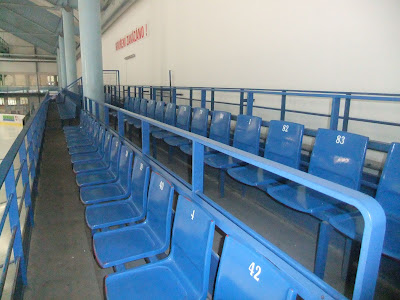 Directly over the ice we see the terrace opposite. 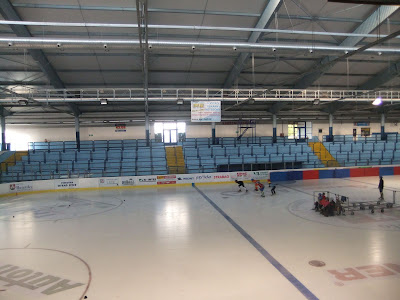 Our last snap shows the far end, from the seats. 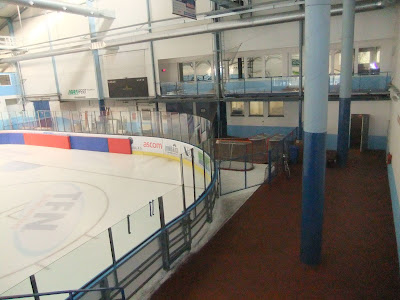