AC Italia play in the Kreisklasse 5; which is one of nine divisions in the Hamburg region & is level nine of the German pyramid.

It wasn't a game I was planning to go to, the game I had in mind was moved elsewhere apparently, due to the bad weather. This match was behind the ground I had intended to go to.

Part of the 'attraction' was seeing a game on a white snow covered pitch (it was a hard surface underneath, possibly those dry dirt ones) being played with a white ball!

I had no idea who was playing, but this jacket helped. Turns out it was their second XI. Against the AC Italia first team. 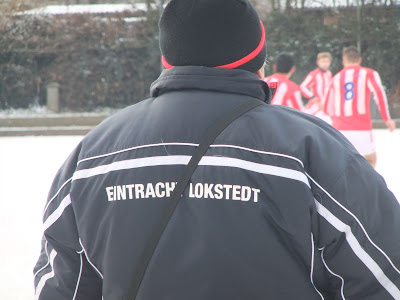 Tree lined down one side, nothing roped off, or anything like that. 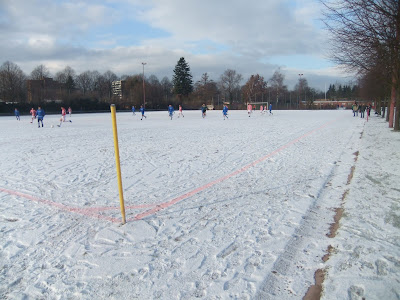 There were some intermittent rails, as you can see here, and a park bench. 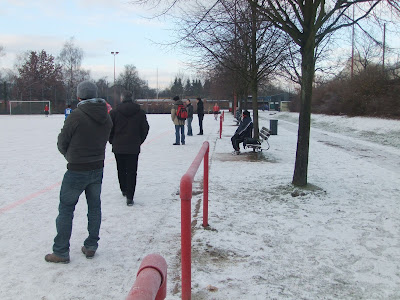 This is the corner over the far side. The building in the background is the roof of the stand where I had hoped to see a match. 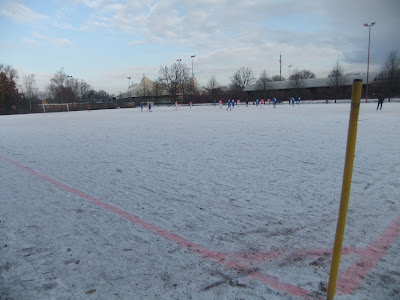 Down the side by the road there are a couple of steps of terracing. 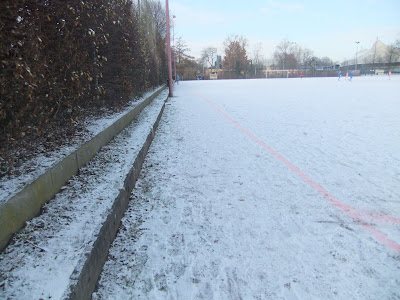 In the centre there is some concrete benching. 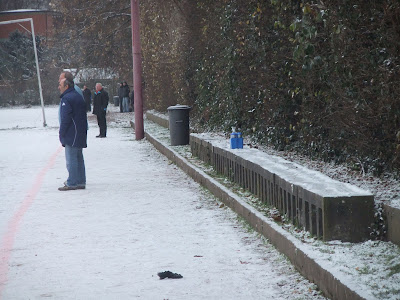 With the steps continuing all the way along, up to the other end. 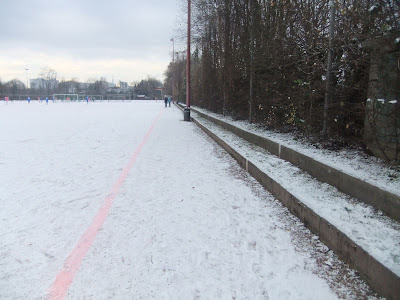 From this side we look over the pitch, game in progress, with the roof clearly in view in the background. 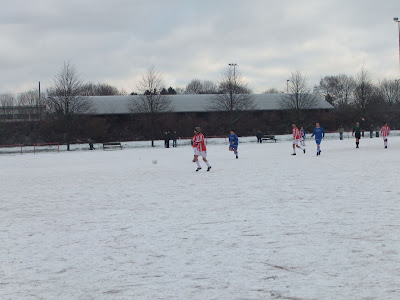 To the left, behind the goal, is this dugout, why it's placed there I have no idea! The changing rooms are in the background. 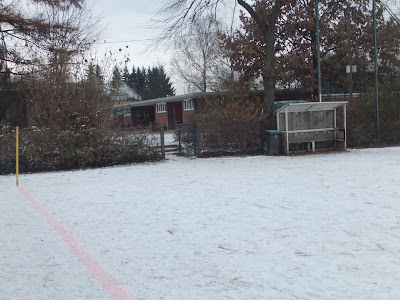 This is behind the goal at the 'dugout' end. 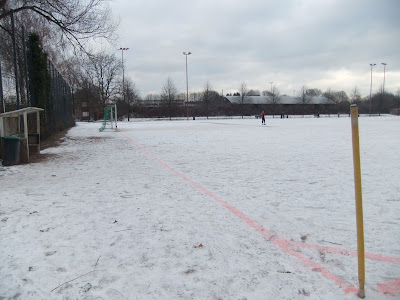 The home side had their names on the backs of the shirts, which is how I knew who they were. I didn't know they were the home side, I had to email the local Hamburg FA to find out, in English, & they kindly replied. 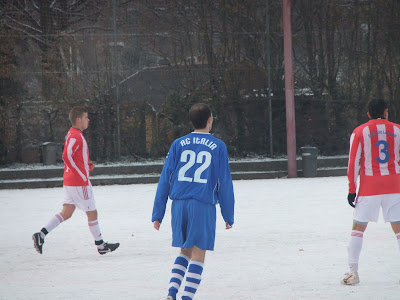 To finish, a few shots from the match. 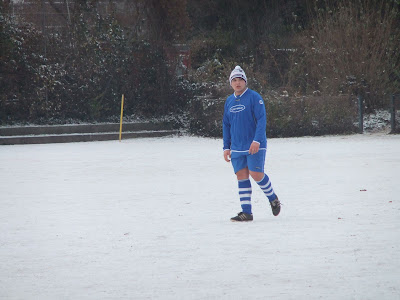 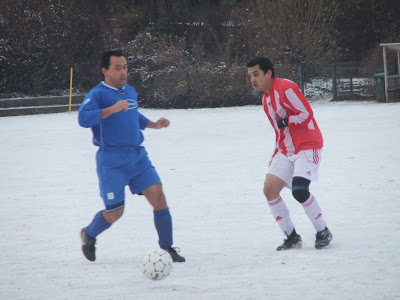 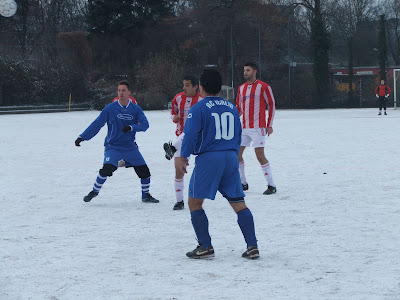 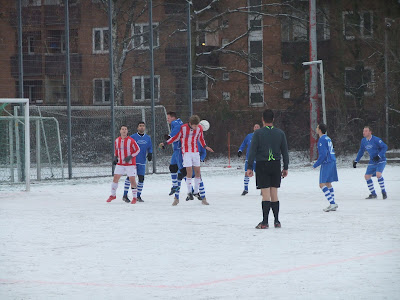 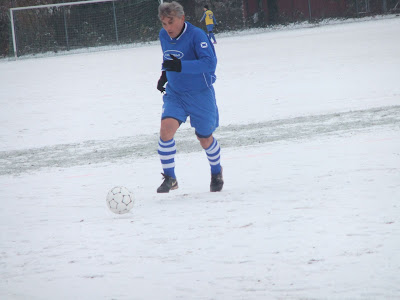 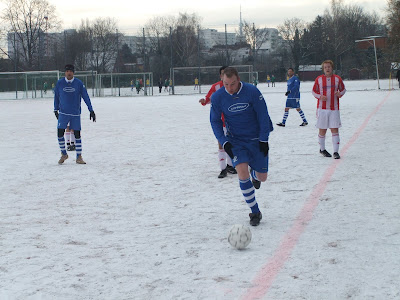