If I have got this right ESV Grun-Weiss Hamburg play at the Wolfgang Meyer Stadium. I had hoped to see Hamburger SV Under 19s here on the Sunday morning of my visit to Hamburg at the end of November 2010, but it appeared to be postponed. Buying a local paper the next day I saw a report on the game, & they had switched the venue at very short notice. I don't read, or understand, German, but I like to get a local paper just to get some sort of understanding of league placings, & to study results & league tables. 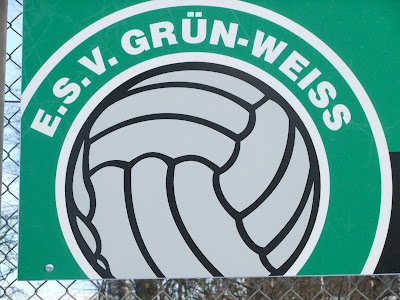 A match poster from their womens' side was on display around the changing rooms. 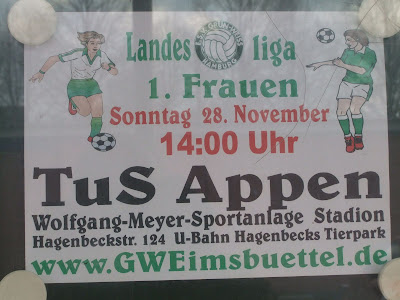 Of the ground itself, well it was locked & I couldn't find a way to gain access, which was a shame. But I managed to get a number of snaps through gaps & over the perimeter fencing, so here we go...here we are in the corner, looking over to the dugouts, and an open metal stand behind. 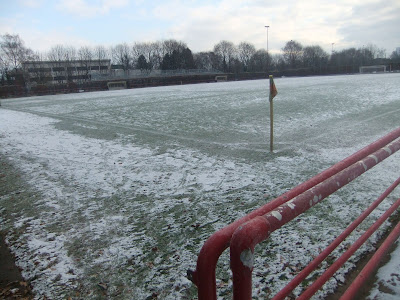 To our left, down the side is a stretch of terrace, with the stand past it, a nice curved roof on it. 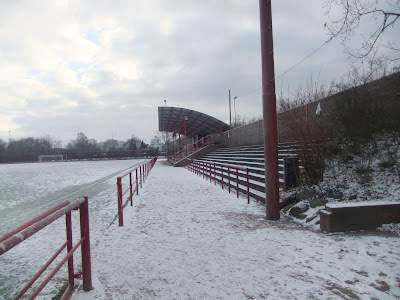 Moving round outside, this is behind the goal, from the next corner. 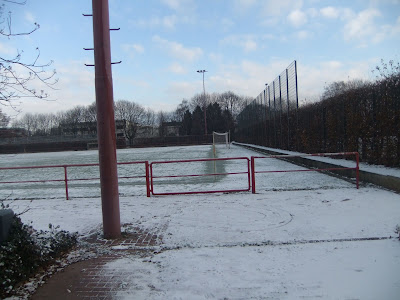 To the left we can see the open stand a little better, from back behind the goal. 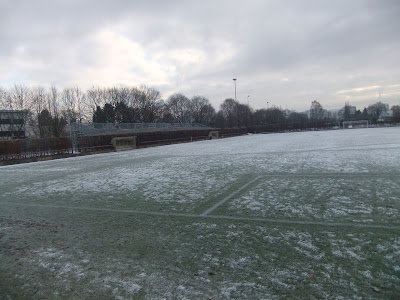 Here we zoom in on it. 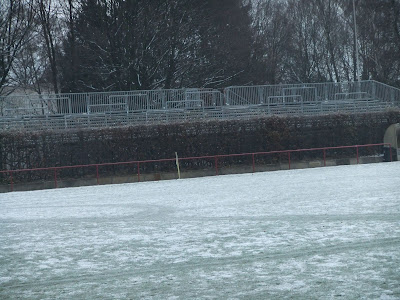 Back in the corner we face the main stand, across the pitch. 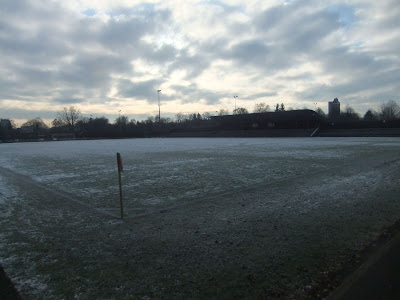 Down the open side there is a step of terracing. 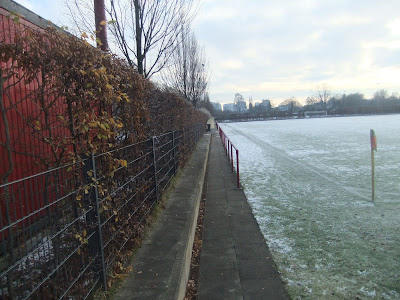 Here we look at the open stand, from behind. 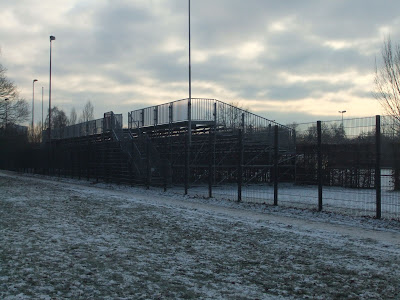 Down toward the other end of the ground we get an angle, still outside the external perimeter fencing, of the raised metal stand, or to be correct terrace, as there aren't any seats on it, I think. 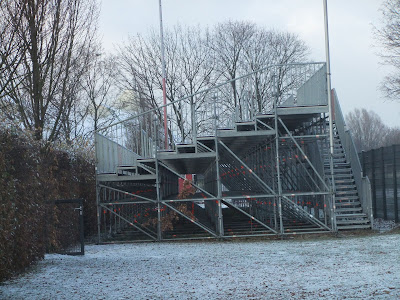 Through a gap we see part of the main stand opposite. 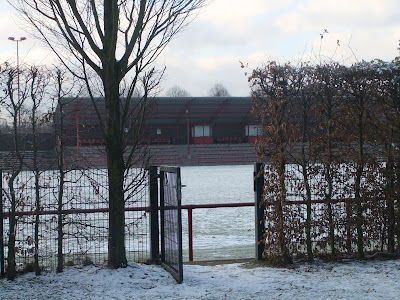 Now back behind the other goal this picture confirms it is a terrace, raised behind the dugouts. 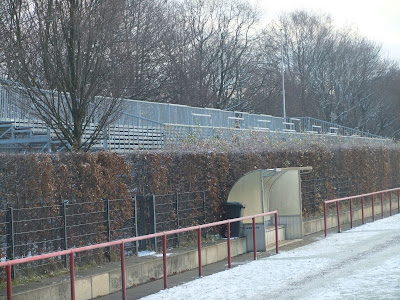 The view down the pitch. 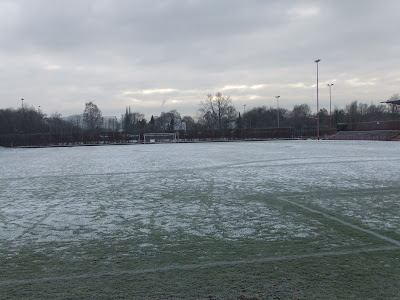 Now we concentrate on the main side, to our right. 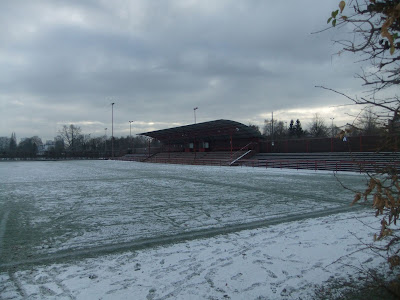 From this angle we can see there is clearly terracing either side of the stand. 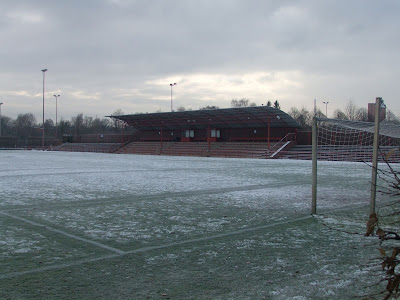 This is the terrace at the far end of that side. 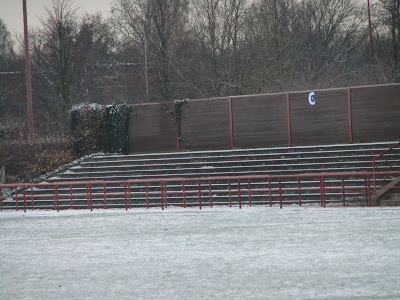 The stand itself, it looks like backless bucket seating, apart from the row at the rear. 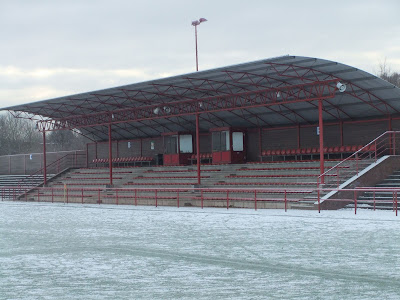 This is the nearer terrace, which we saw in our first peek inside. 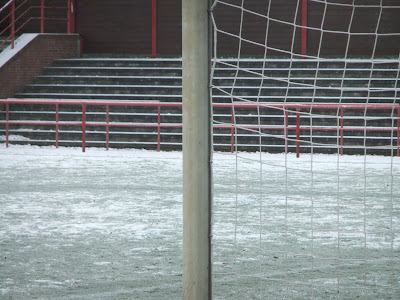 To finish, here is the whole of that section of terracing. 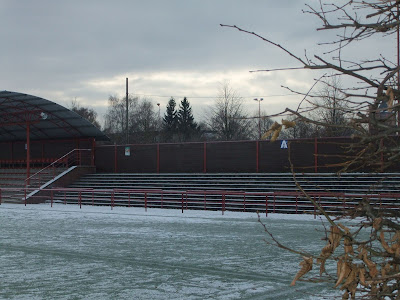