HC Slovan Ustecti Lvi compete in the national first division, in Czech hockey, which is actually the second flight. I took these photographs of their home when I was looking at the station of the town football club, which is next to it.
Some of the pictures are a bit blurred, as it was quite dark inside & I didn't use the flash, as I wasn't sure if anybody would stop me, even though the building was open. 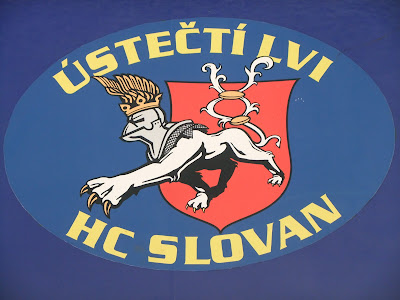 The side of the building. 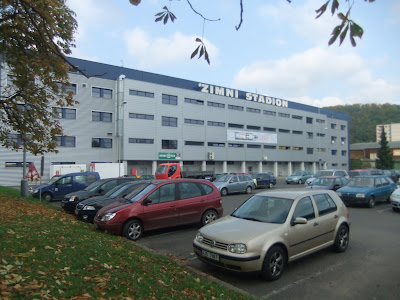 A nearby sign pointing to a sportsbar, which was located on the side above. 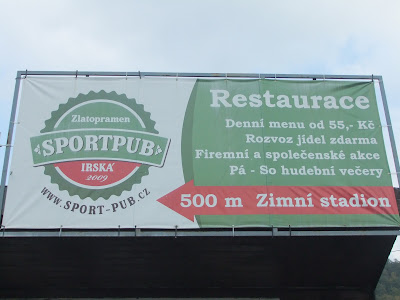 The entrance on matchdays, which is set back, but facing the main road. 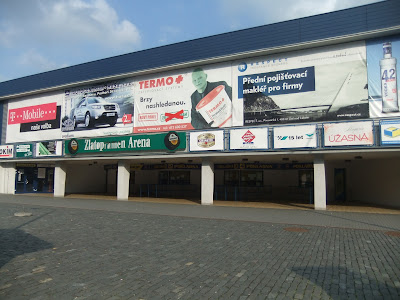 The arena is named after a local brewery. 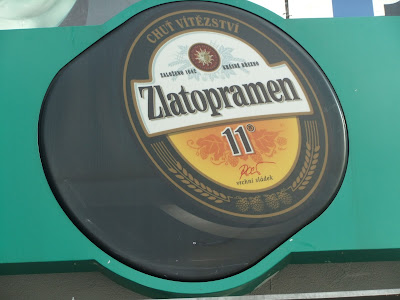 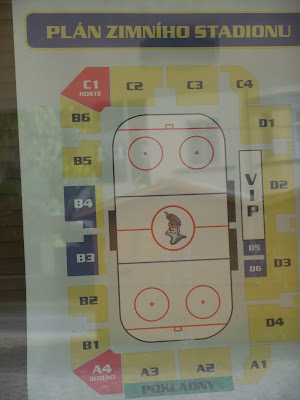 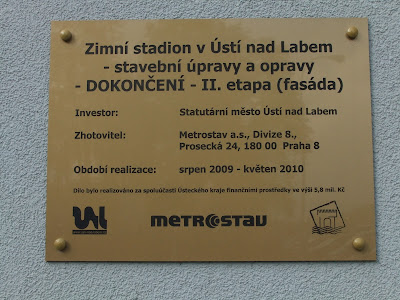 This is the section behind the goal, at the end where the mian entrance is. 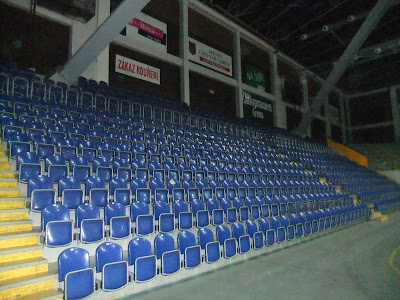 To the right of that is this small area, but we will head clockwise, past the seating above. 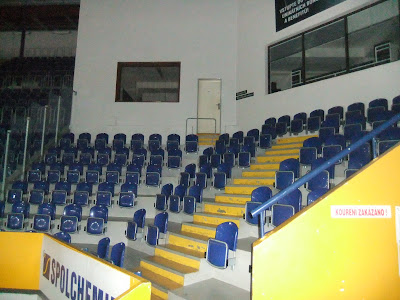 To our right now is this, the main side, which is where we shall finish. 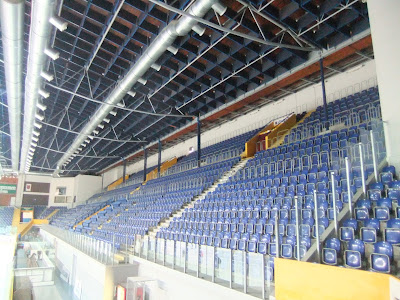 Neat the back behind the goal, with the other side in the background. 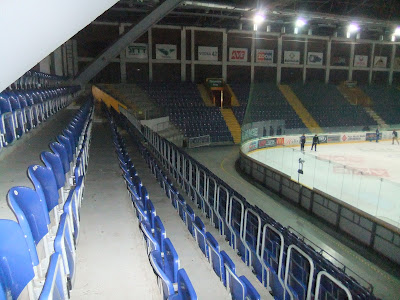 Up at the back, looking directly down the ice. 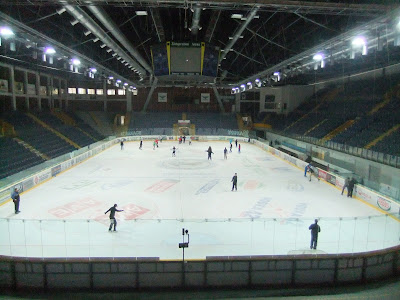 Down the side, note the concrete in the left of this photo. 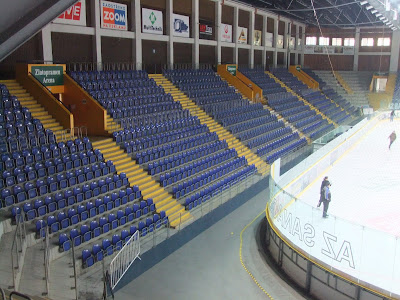 It is a small area of terracing. 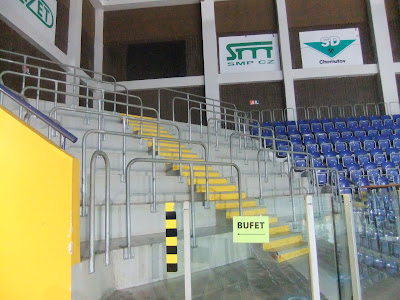 Back behind the goal was this old sign tucked away. 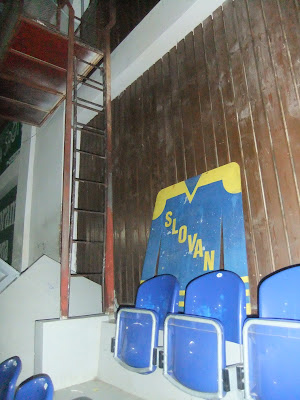 Across the ice,from the back of the home terrace. 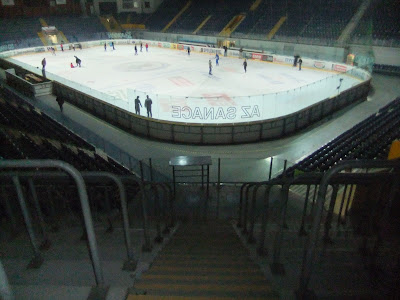 A little dark, also at the rear, down the next side. 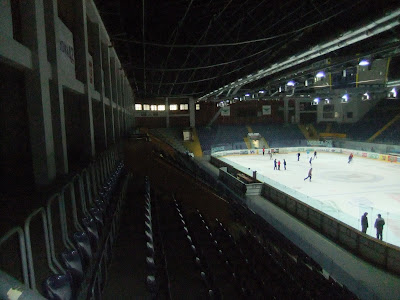 Now in the centre, across the ice to the main side. 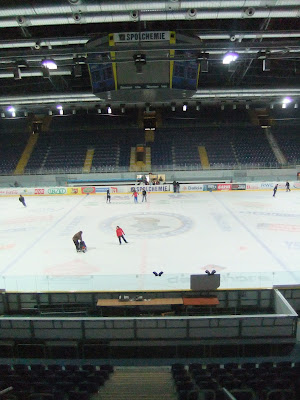 Similar, wider side, with more of the opposite seating in the picture. 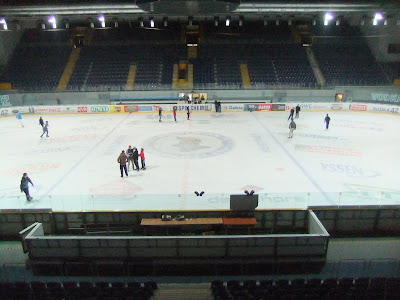 Now heading to the far end, with the away terrace in the near corner,as we approach. 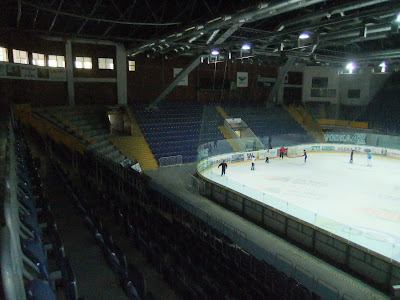 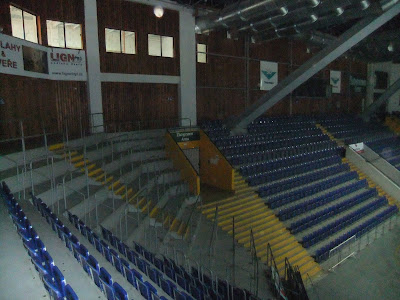 The angle from the back of it. 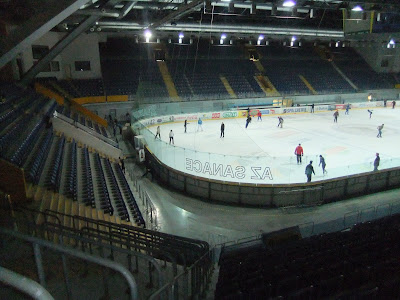 Down the ice, from behind this goal now. 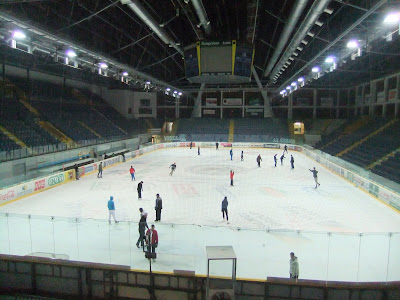 And back to the main side. 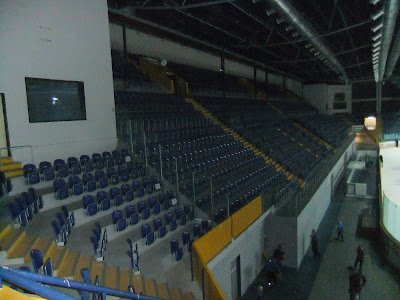 With another 'over the ice' picture from the same corner. 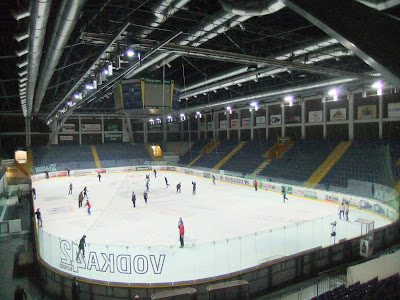 On the main side the team benches are at the front, which concludes are brief visit here. 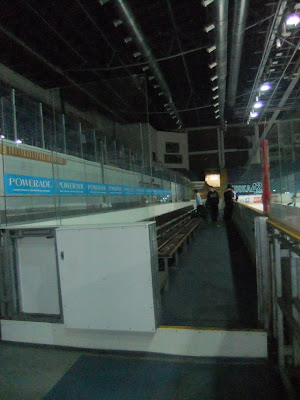 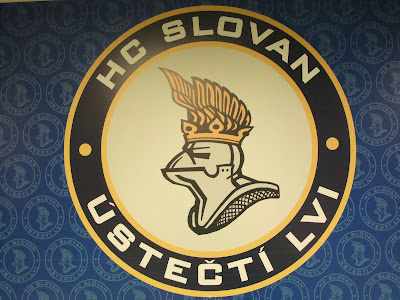