Having gone to Drancy early on Sunday 30th March 2008 from Paris, it was too wet to spend some time in the local cemetery to take some photos, as I had planned. Instead it was brolly up, and wander around town. I didn't have a map, but luckily there were some municipal street maps on display.
I took some notes, and decided to head for this ground, & the town rugby club.

I didn't know who played here until I got there. there was a match in progress, which was the Drancy Under Eighteen team. I didn't stay to watch it, so don't actually include this is my list of grounds visited.

I have no idea, but am guessing that this would have been where the club originally played, until they moved to the current stadium, which I showed you last week.

If anyone knows for sure I'd be happy to be told.

This is the entance from the main road. 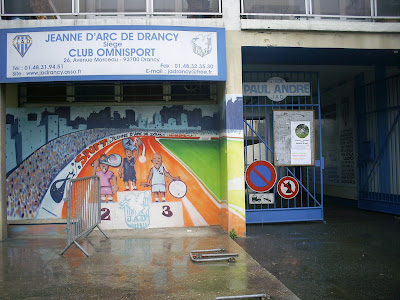 The view from behind the goal, after you have 'walked in'
through the 'tunnel' under the entrance building. 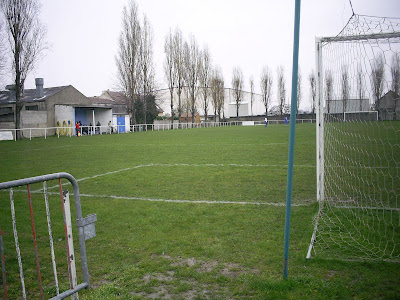 I'm taking you in a clockwise direction, down the side where
the only bit of cover is. 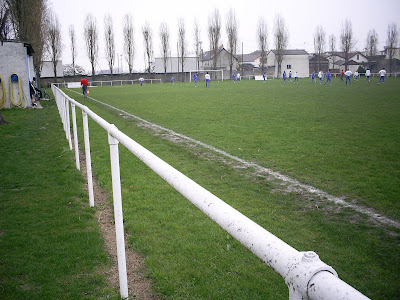 Here is a view from along the side. 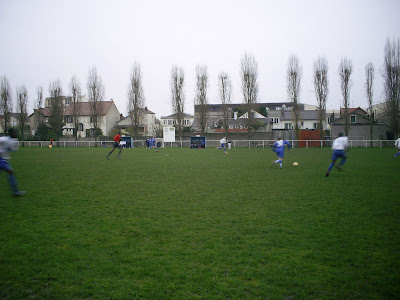 And here is a close up of the small bit of cover. I could have
quite happily stayed here to watch the match, but as I am never,
ever likely to go back to Drancy I chose to march on to the
rugby ground! 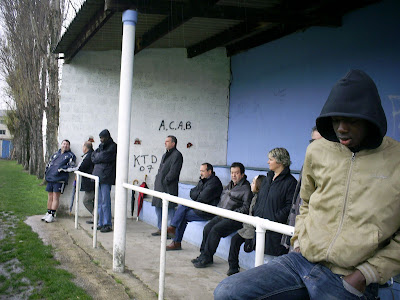 This is the view from behind the far goal. I got to touch the
ball here as I was walking round, as it went out for a corner!
Ooooh! Impressed eh? ;-) 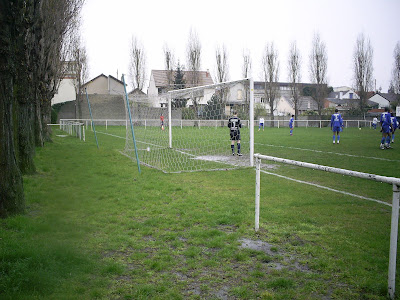 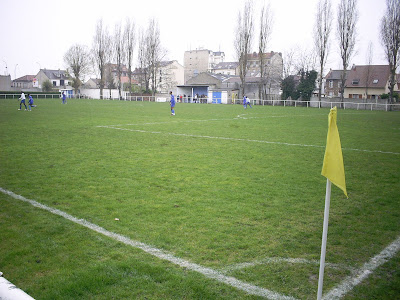 Going down the far side, here's their, obviously disused,
scoreboard. 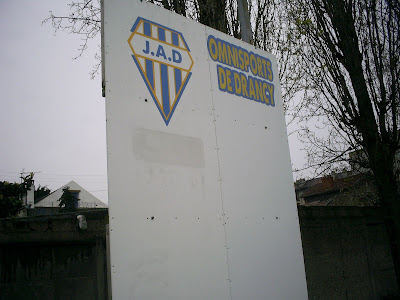 This was on the wall of the changing room/clubhouse, in the
final corner of the ground, to the right of where I came in.
for some inexplicable reason I never took a photo of this
building. It clearly lists the Frist Team game later versus
Lusitanos, as Charles Sage Stadium; whilst further down is
another game at Guy Mocqet Stadium, which is where I was
headed to next-home of the town rugby club. 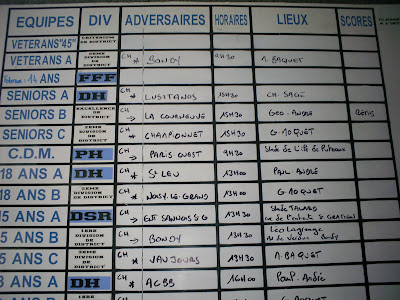