I visited Sportpaltz Sommeringstrasse for a Landesliga Berlin match between the hosts FC Brandenburg 03 & SV Nord-Wedding in Spetember 2007. It was for a Sunday morning game, I went alone, as my two travelling friends, Tony & Tamara, bizarrely preferred to go to the 'delights' of Berlin Zoo instead!

There was a free eight page A5 black & white programme on the gate.


This is the entrance gate, from the road. 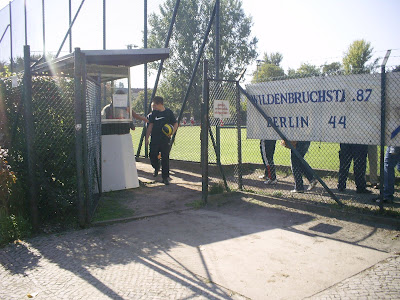 Simple hard standing behind this goal, chain fencing obstructing the view of the pitch. 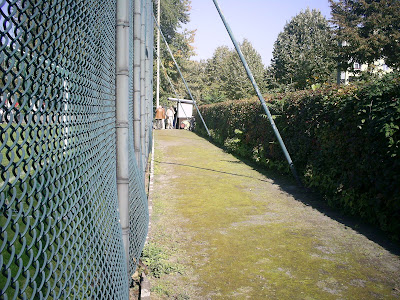 Along the side is some open terracing. Further along is an open bench seated area. 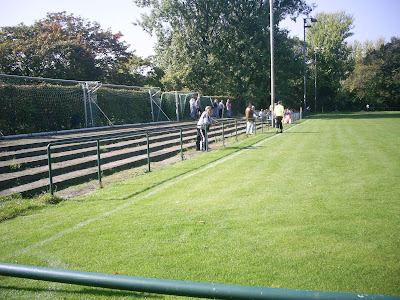 Before we head there this a behind the goal again, the other side of the fencing. 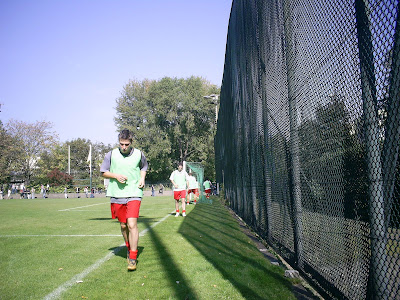 This is the open seated area, nice on a sunny autumn morning like this. Another angle, from the other side. 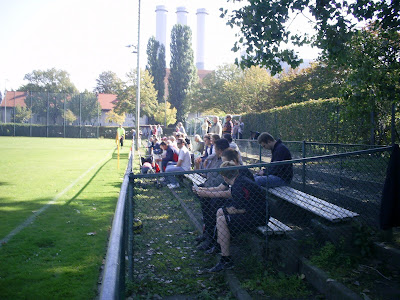 Across the pitch from this corner now, not the best of shots I must say! 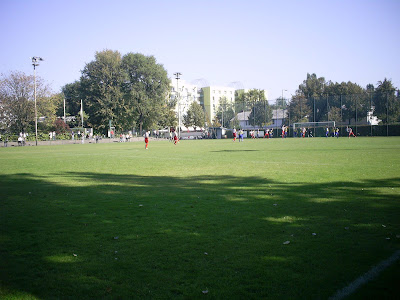 It is also open standing behind the far goal. 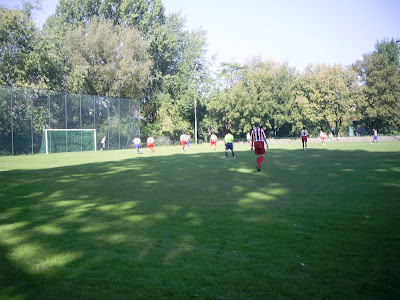 But before we head round there we look back down the side, under the 'shady protection' of a tree. 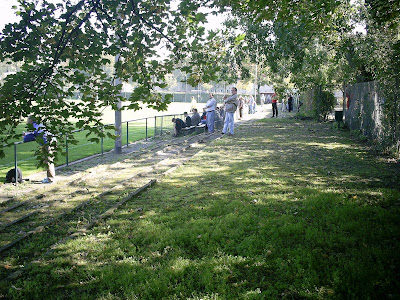 No reason for taking this snap, apart from catching the two tight gits outside, who are saving themselves a whole three euros! 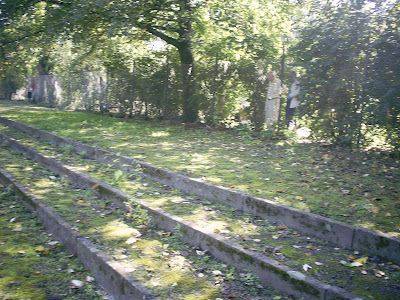 A little bit of goalmouth action as we move round. 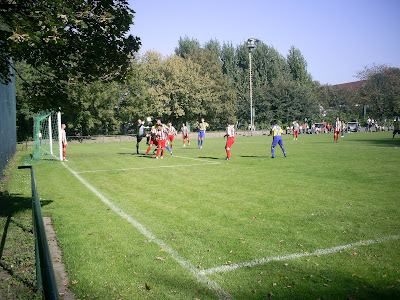 From behind the goal we glance back down the side again. 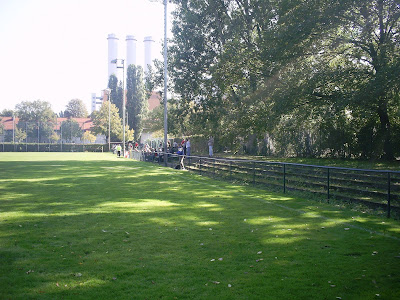 Further along, at this end, there is some old terracing, and we see the terrace down the far side for the first time. 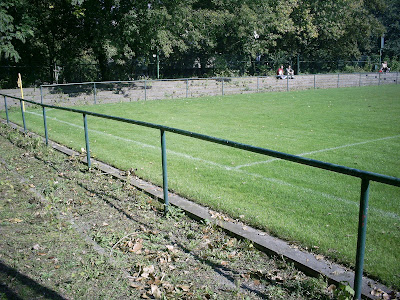 It stretches all the way down this side. 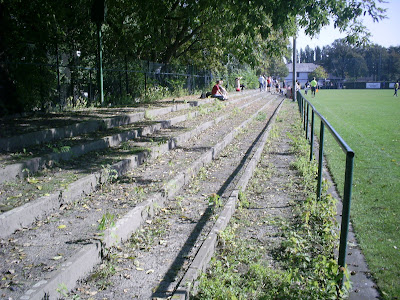 Trying to get some shade again, it was a nice warm weekend! 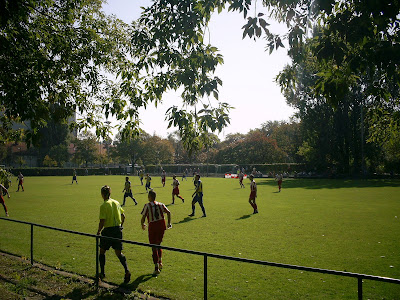 Further down, we look back down the terrace, as fans relax at half time. 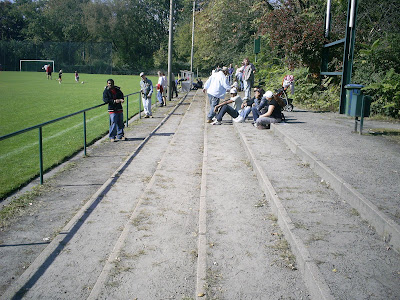 The changing rooms are set in a building behind the terrace, which includes the bar. Here the visitors come out for the second half, & I settle down for that, having completed our tour of this German non-league ground. 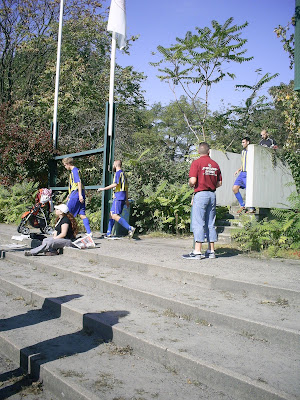