A group of us visited Paris CA for Division Honneur match, which is level six, the day after we saw PSG,back in January 2007. It was a ground with an all-weather pitch, ans a running track round part of it, but not down the main stand side. The visitors FC St-Leu PB '95 won by the odd goal in three, but it wasn't much of a match. It's not a 'full sweep' of the ground with the photos, as I wasn't in 'ground blogging' mode, more taking snaps of our trip. There was no programme, but I half inched a match poster off the wall!

I couldn't find a snap of a club sign, so took one of the street sign, the ground is of the same name, I think from memory. 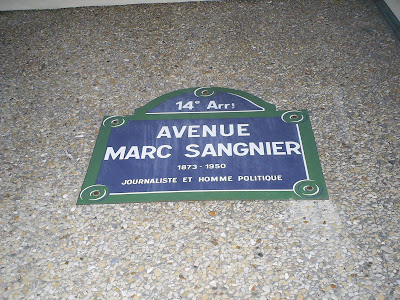 I'll try to describe the place from the photos. In the far corner of this snap is the entrance. no turnstiles, but a small table, with a money box. The building opposite is the changing room complex. Behind the goal is open standing, with the fence all the way along. 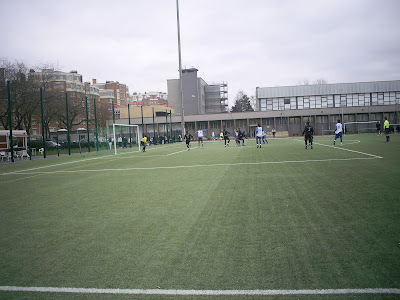 Here's the somewhat disinterested ballboys! In the background you can see the Sunday market that runs in the streets outside. 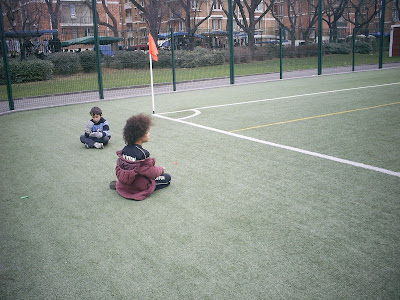 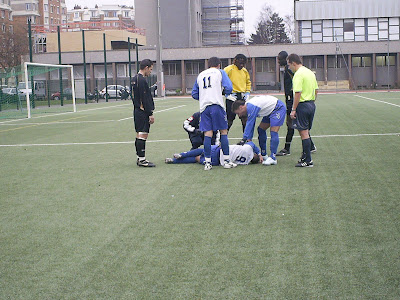 Hard standing down the other side, with my mate Larry playing to the camera, getting in the way of it. 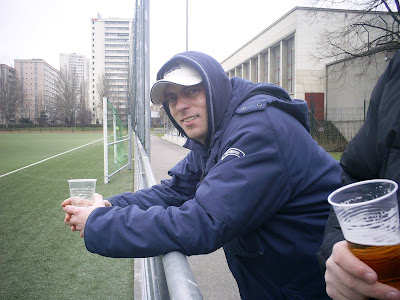 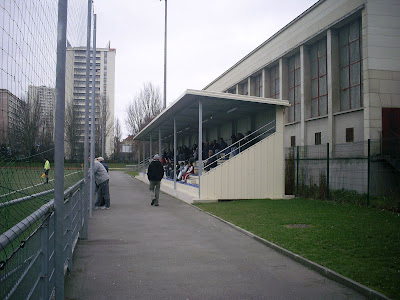 Another view, from behind the goal. You can see the far end, which was open, and didn't appear to have any standing area, but I didn't venture up that end. 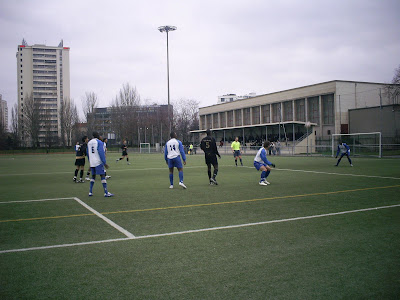 A look up the pitch from right behind the goal, in truth most of our crowd didn't move much from this area. Why? 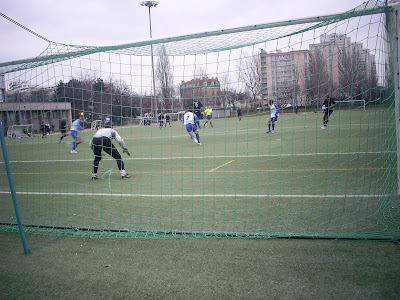 The beer stand may have helped! Dulwich Hamlet Supporters' on tour! 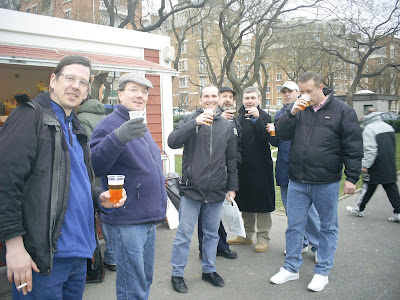 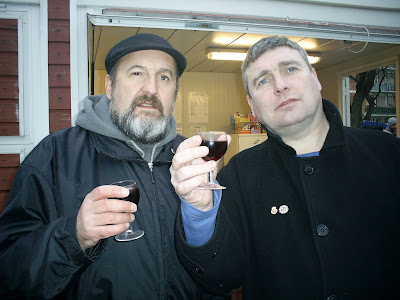 Yes the game was that good! 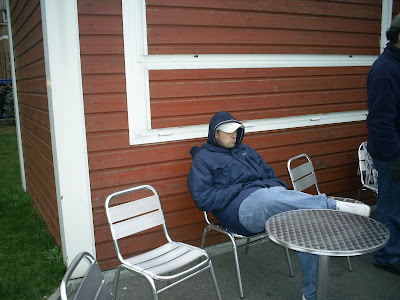 One last look at the stand, as the floodlights come on. 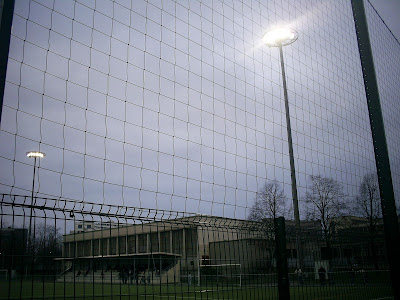