No club currently uses this stadium, according to Stephane Lievens, of the 'Football Grounds of Brussels' Facebook page. So I am, once again, grateful to him for the location & information on this ground:

"MOLENBEEK SAINT-JEAN, Sippelberg Avenue Mahatma Gandhi 5, 1080 Molenbeek Saint-Jean Current club : none (sometimes used by the reserves of FC Brussels) This was the stadium of Molenbeek's second team, Crossing, who in 1959 moved here from Ganshoren. In 1969, while bigger neighbours Daring were relegated to division 2, the team was promoted to division 1. They never played top flight football here though, as they then moved to Schaerbeek after merging with RCS Schaerbeek (and became R Crossing Schaerbeek) Today, only bits of terracing are surviving and the old stand is gone. Local teams are now playing here, although this season none in the Belgian FA."

This was the only decent sign I saw, on the sportshall, part of the site. 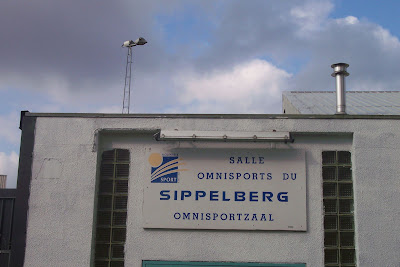 When I approached the ground i wasn't sure if I would be able to gain access, so I took a couple of snaps from outside, through the perimeter fence. 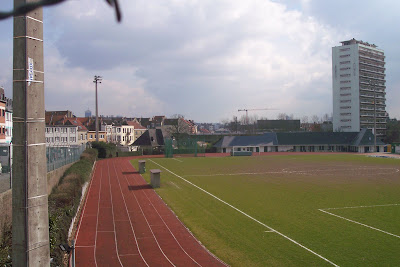 I'd seen photos on the facebook pages, so knew there was some steps of old terrace on the far side. 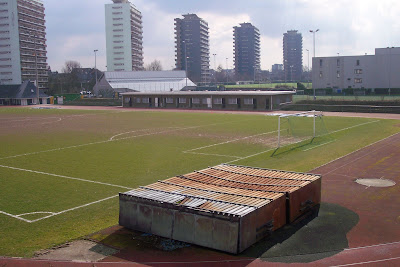 You can see one of the bits of terrace between the two buildings. Presumably it used to run the full length until the changing rooms in the middle were built. 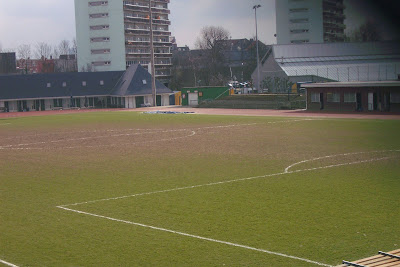 Presumably the name of the ground? This was on the side of the newer changing room block, in the middle. 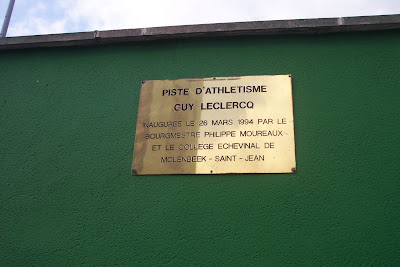 Pitchsdie, we look across, there is no spectator area down the far side. 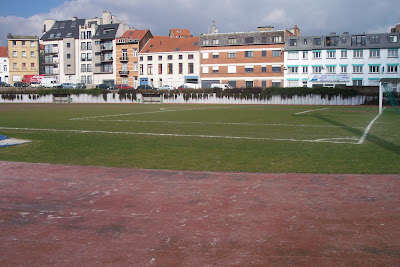 Here we see the first area of terrace. And another plaque at the far end of the building. 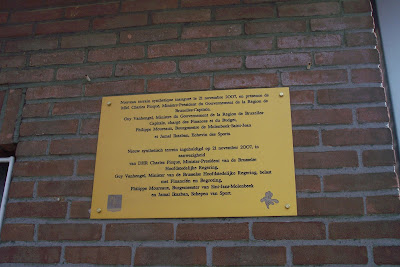 Grass banking set behind the fae goal, in was from the corner, where you see the floodlight pylon, that I took the snaps from outside. 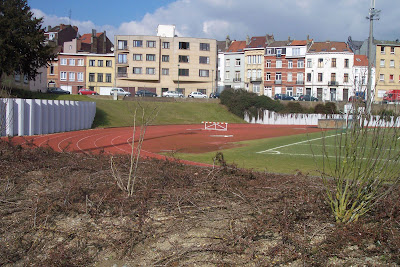 This is the terrace at the other end of the spectator side. 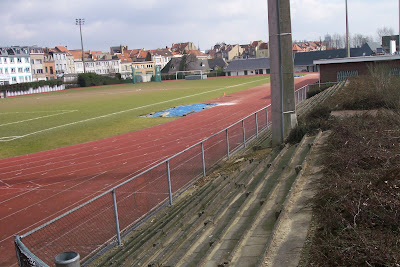 Behind the main grass pitch is this all-weather one. 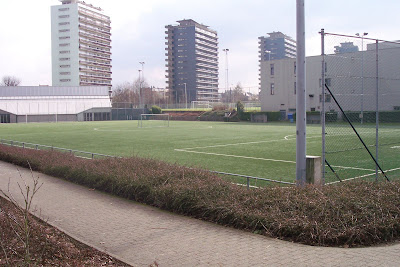 Railed off down one side. 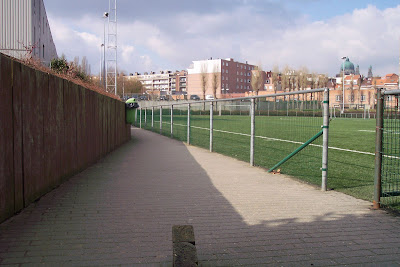 The building in the background, with the green dome, is the National Basilica of the Sacred Heart. 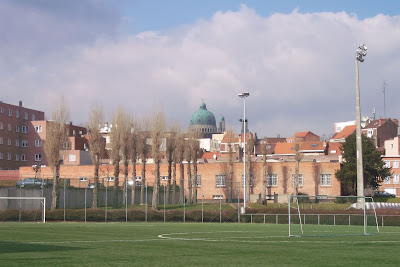 Up a few steps there is another all-weather pitch, making it three pitches in total. 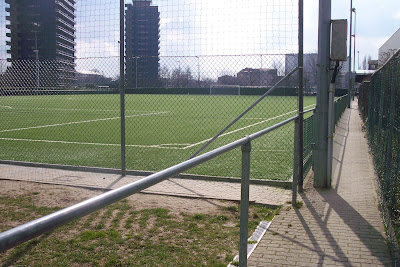 With the tower blocks in the background I could almost be back home in inner city London! 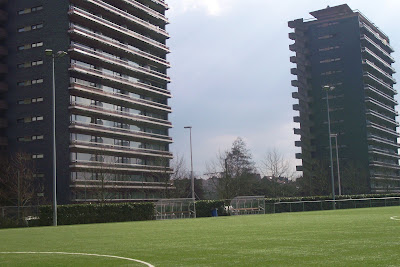 This one had a small modern stand. 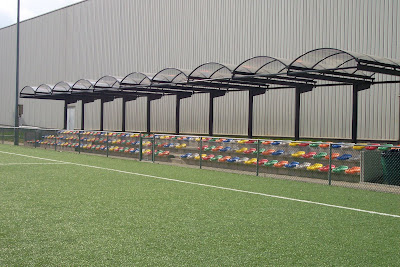 Going to play there next week, so wanted to check out what kind of pitch this place had. Turns out there is both artificial and grass, right?