SSK Future are a floorball club based in Prague. They play in the top flight national division. It is actually played over here too.

It is not a sport I know anything about, & certainly hadn't seen a match before. On my October 2009 trip to Prague I saw two football matches on Saturday 24th, but there was no football or ice hockey that I could see in the evening. So this was my entertainment, with a 7.30pm start.

It was a bit strange to follow, not being familiar with the game, but watchable enough.

The game was played in this sportshall, it was dark outside, so I couldn't get any outdoor shots. 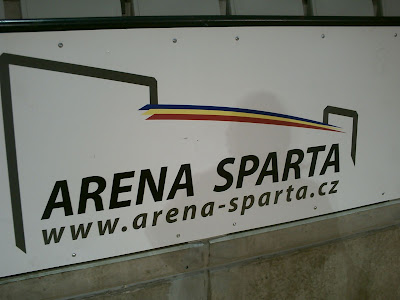 This was the plan of the arena. 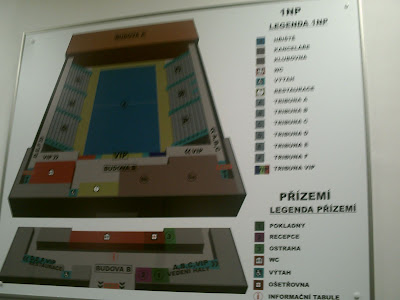 There were two banks of seating on either side of the court. 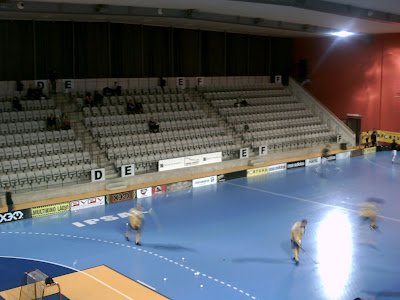 This is the one on the other side, where the benches were for the two teams. 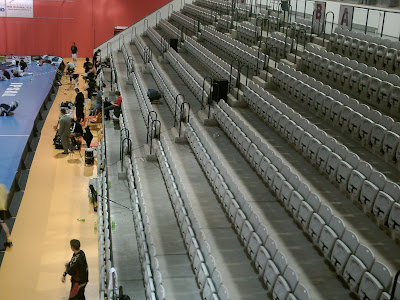 Behind the goal, where I took the previous two shots, was this bank of seats, with a bar & refreshment area behind. Apologies for some of the blurred snaps. 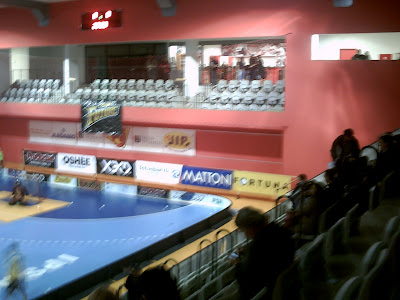 This is the bar area. I think I was unlucky, as my klobasa was half cold, & tasted horrible. The first time I've had a crap one in all my trips to Prague! 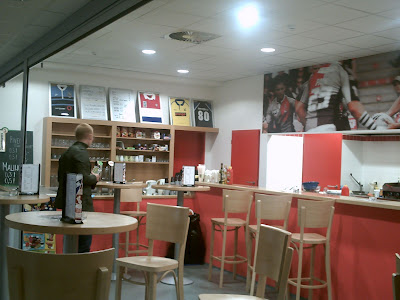 It was rugby themed, and there were fliers advertising the coming Sparta Praha v. Slavia Prague Czech rugby union derby all over the place. 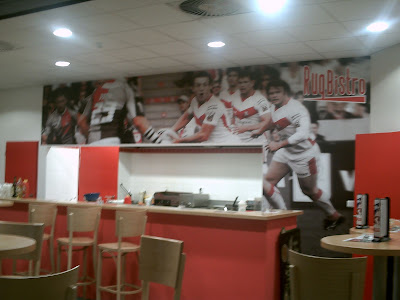 From behind the goal at this end we look down the court. 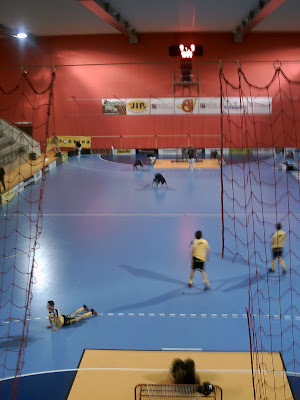 I sat in the left hand seating, as did most of the crowd, that was several hundred strong. The players came out of the far corner through indoor pyrotechnics, as you can see. 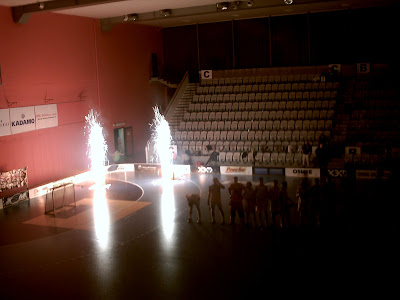 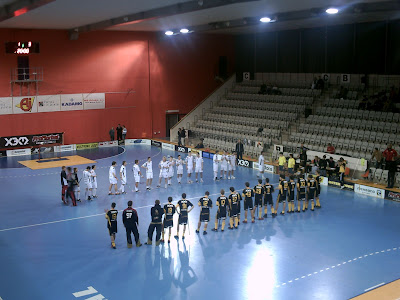 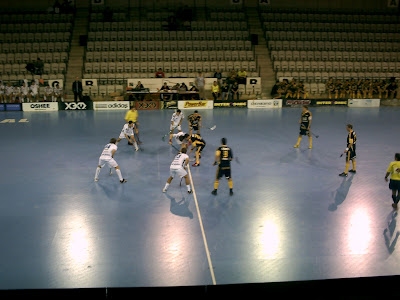 Action from a set piece. 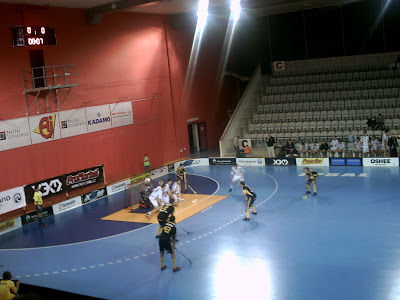 A shot of the majority of the crowd, from up at the bar end. 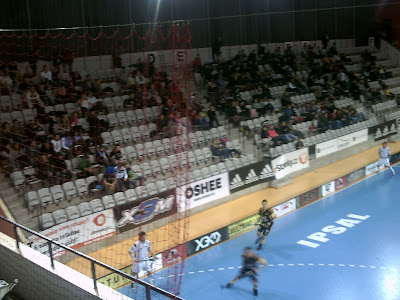 The group to the left were visiting TJ JM Chodov fans. 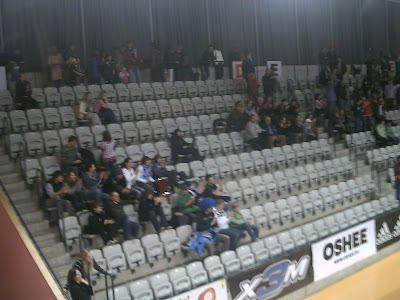 Knackered at the end of the match! 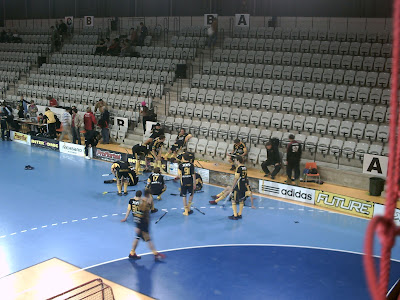 Yes, I didn't understand the rules, but it seems a cross of field hockey & ice hockey.