This small stadium is the base for Oxford City Athletics Club. I was playing on an outer park pitch next to it, in a supporters' football match in October, & took the opportunity to pop in and take a few snaps.

There were no football markings, and I was unsure if it had ever been used for football. So I went to the new 'NON LEAGUE MATTERS' website, which is a work in progress, & asked about it on their messageboard. It has not been, and is first & foremost an athletics venue. 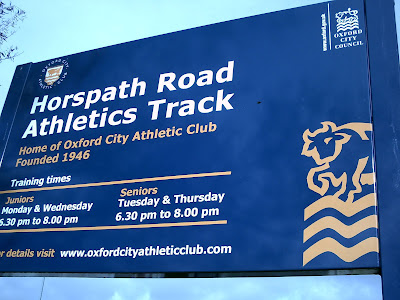 Signs on the perimeter tell you it's home of the Oxford City Athletic Club. 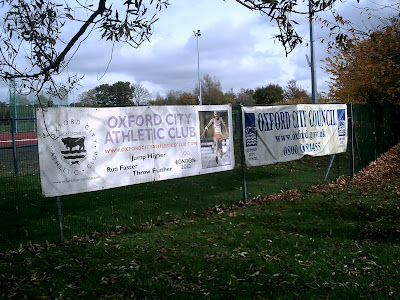 This is the outer view of the main building, which houses the changing rooms & other facilities. 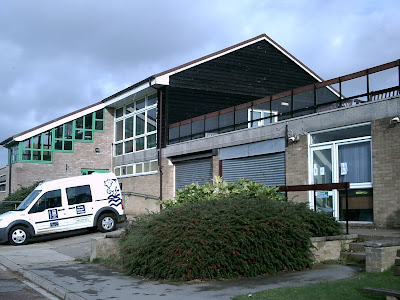 Inside, by the track, is this stand. 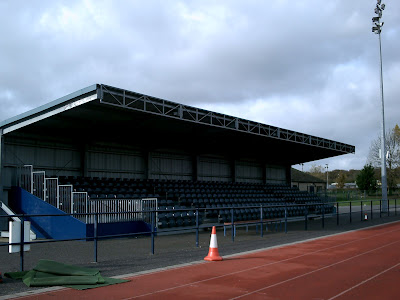 From inside we look back at the main building. Note the small plaques on the left. 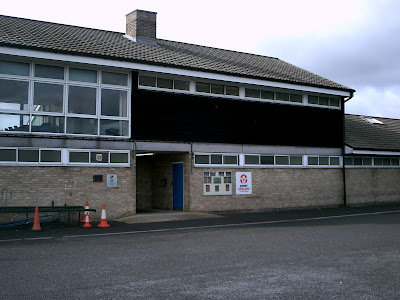 This tells you how the facilities were part funded. 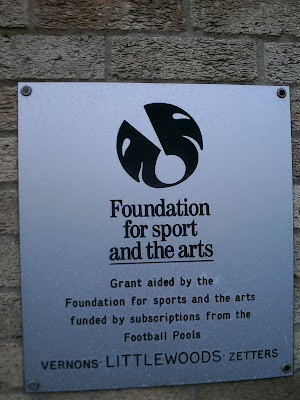 And here we can see when it was opened. 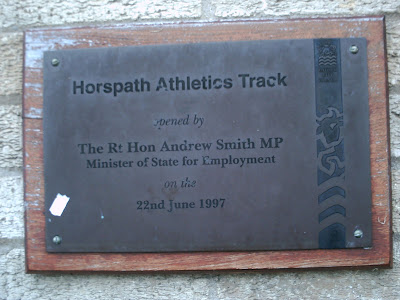 The track is railed off, but the rest of the stadium is very open. 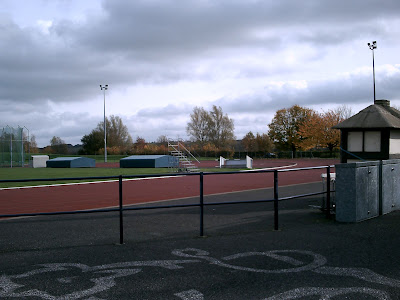 Here we look across the grass, there appears to be banking over the far side, but I didn't bother to walk over there to have a look. 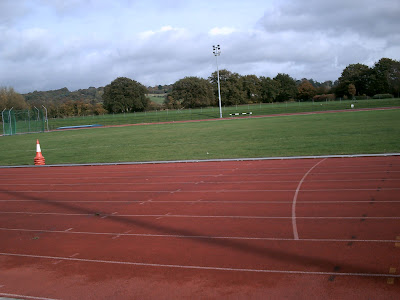 Here we look down the main spectator side, to the other end. My game was played just behind those trees. 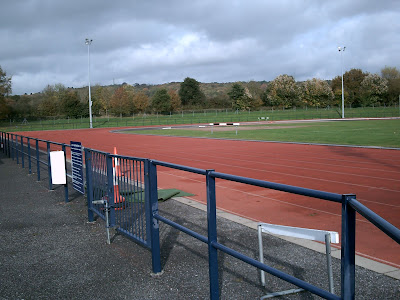 This is a side angle shot of the stand. 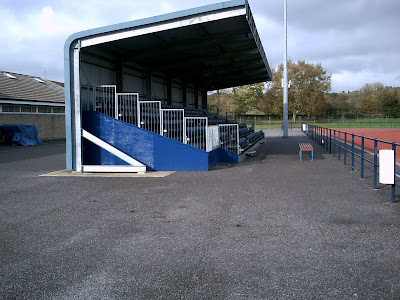 And in it we look across the seating. 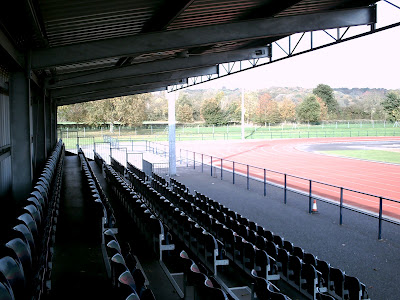 From up in the stand we look over the track. 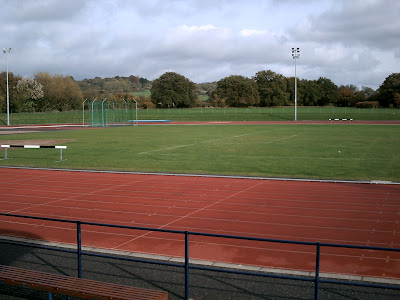 And we finish with a view of the seats from down at the front. 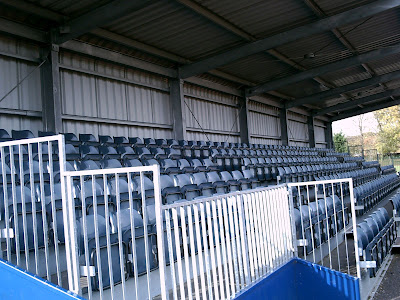