FC Olympic Namur are another minor club from the Namur region. They compete in Division 4B of the regional leagues, which is the eighth and lowest level in the Belgian pyramid. It is probably as basic a venue as you can get, only partly roped off. 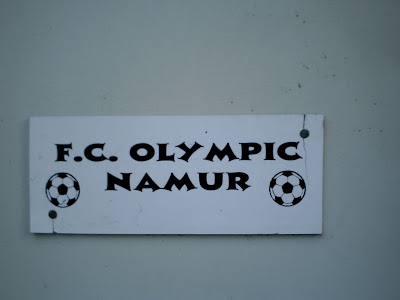 This is the view of the ground from the road running alongside it. 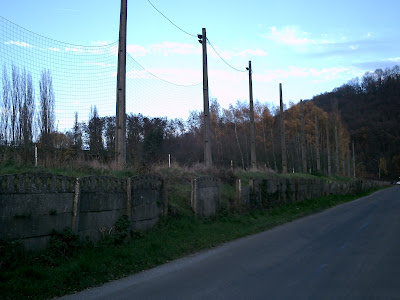 Up on the otherside of the netting is the touchline, but nothing else. There was a reserve team match in progress when I popped in. 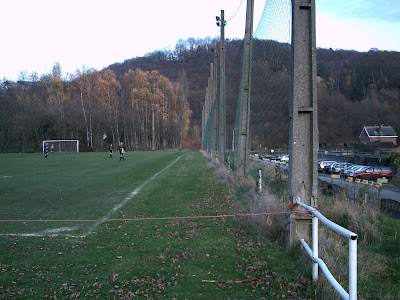 Entering the ground you see the small bar & changing rooms straight ahead, behind the goal. The door leads into the bar. Note the club intials in the patio area. 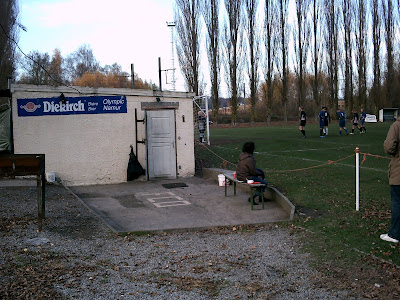 Here is a close up of them. 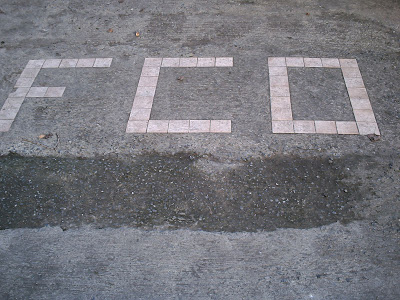 In the bar is a league table on the wall. Reserve one on the left, first team on the right. 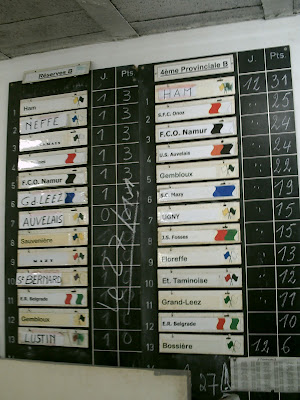 Framed on the wall is the club emblem. 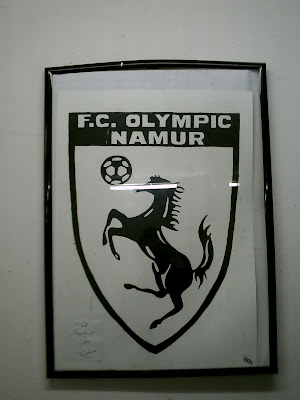 Which is also here, on another wall. 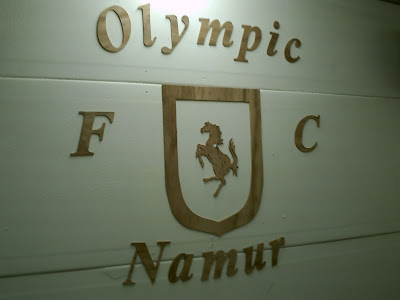 From in front of the bar we look down the touchline on the right. Note the low buildings behind. That is a local shooting range, with the nosiy sound of gunshots constantly ringing out. The locals are used to it, but it certainly spooked me a little! Past the club building it is just roped off, you can see a railway line behind, not fenced off at all. 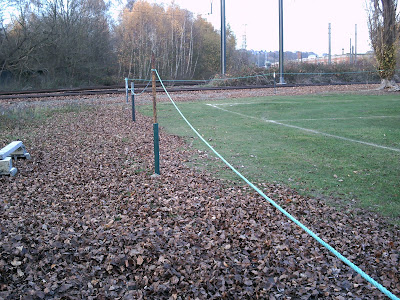 Down this touchline we see the dugouts, with the railtracks to the left. Presumably not a busy line, as we were here for about fifteen minutes & saw nothing go past. 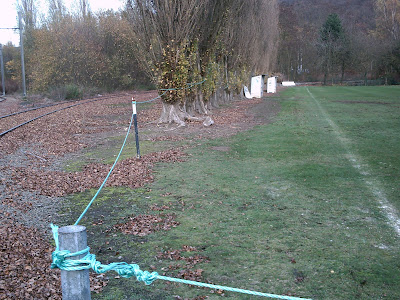 From in front of the dugouts we look back to the building end. The pitch looks a bit heavy! 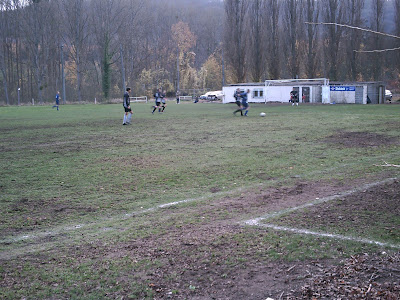 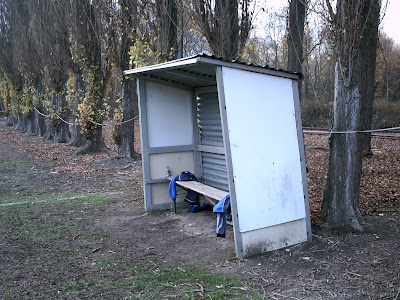 A nice shot pitchside, of the roped off spectator side, ropes wrapped round tree trunks, with the railway behind. 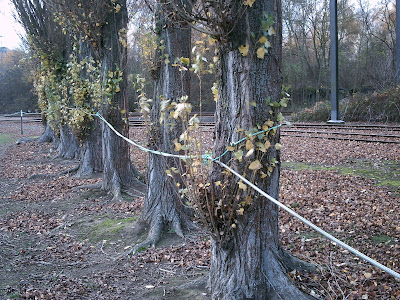 Back behind the goal where we came in, note the small 'home made' bench! 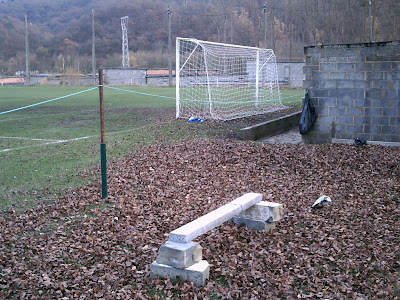 Finally a bit of goalmouth action from the match. (For any groundhoppers out there who are wondering, I DO NOT count this as a venue visited, as i have not seem a major part of match here, there simply happened to be a game going on as I was passing through.) 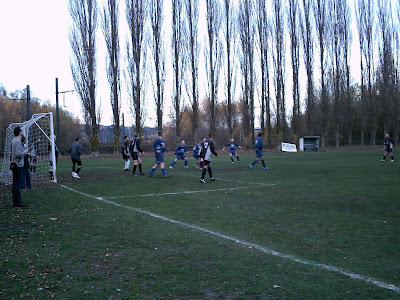 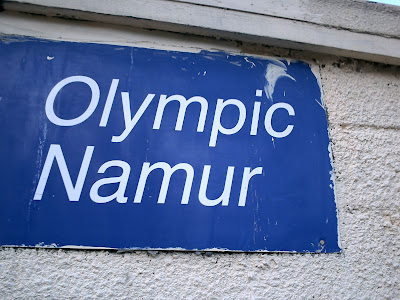